Panic spreads across Germany, with officials calling on people to avoid concerts, nightclubs and football games. 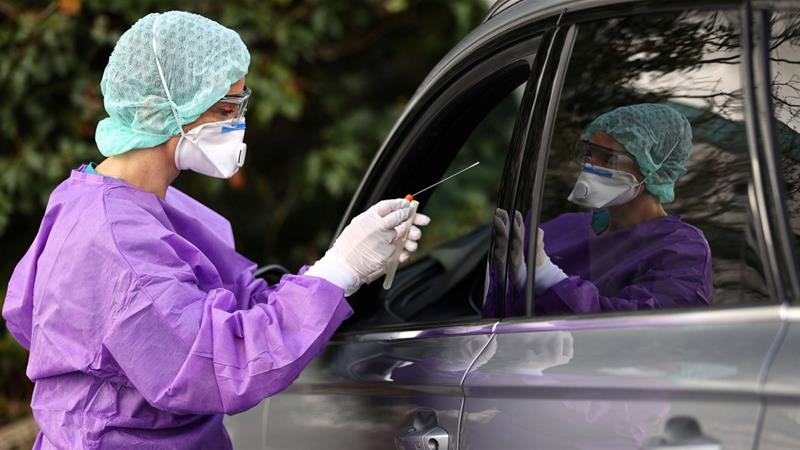 Berlin, Germany – Attending concerts, clubs or football games should be avoided to limit the spread of coronavirus, German health authorities say amid growing panic in Europe over the epidemic as neighbouring Italy began a weeks-long national lockdown.

The warnings followed recent official confirmation of an incident in Berlin in late February, in which one person infected 16 others at the Trompete nightclub, accounting for almost one-third of the capital’s total cases.

“There are things that you can simply do without,” Lothar Wieler, head of Robert Koch Institute (RKI), Germany’s federal agency for disease prevention, told reporters on Tuesday.

“We’re just at the beginning of this epidemic,” he said, urging hospitals, doctors and regional authorities to activate their crisis plans. “Now all those responsible for this imminent crisis must deal with it.”

A total of 1,224 cases have been confirmed in Germany, according to the RKI, with the states of Nord-Rhein Westphalia, Bavaria and Baden-Wurttemberg most affected.

On Monday, Germany announced its first two deaths from the virus, an 89-year-old woman in Essen and a 78-year-old man in Heinsberg, both in North Rhine-Westphalia.

“The health authorities will get whatever they need to fight the coronavirus crisis,” he said.

Health Minister Jens Spahn has warned of far-reaching disruptions to daily life in the coming months.

On Monday, he said people should work from home where possible and walk or cycle, rather than use public transport, to slow the spread of the disease.

Germany has resisted calls to close all schools, with Spahn and other health officials saying it would not be effective, and would lead to healthcare workers staying at home to take care of their children.

While the federal government has not imposed its powers to cancel public events, the states of Bavaria and Schleswig-Holstein have said they would prohibit events with more than 1,000 people, including concerts and operas. 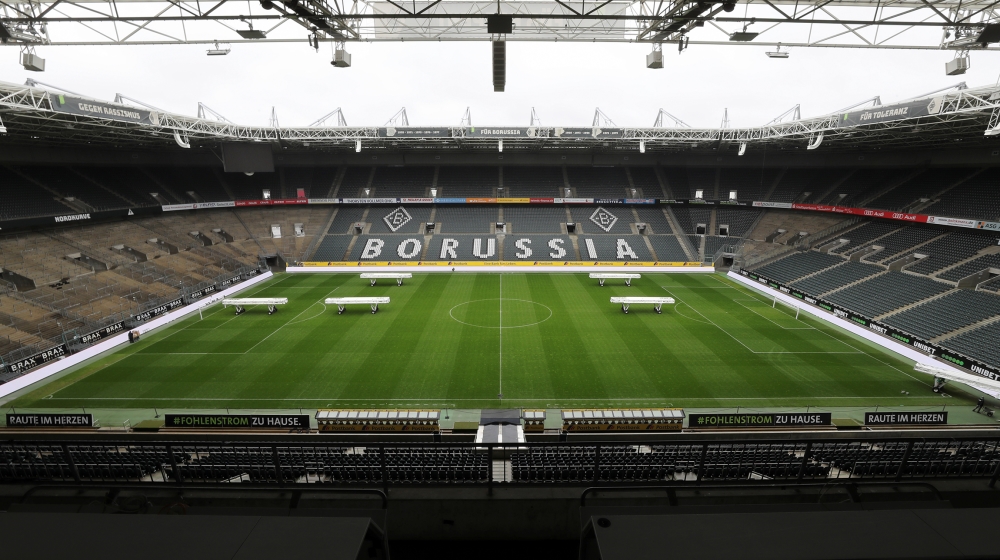 Bavaria’s Prime Minister Markus Soder said the measure was a necessary precaution to slow the rate of infections and avoid an outbreak as severe as Italy.

A football game between Borussia Monchengladbach and Cologne on Wednesday may be a vision of things to come – it will be played in an empty stadium, a first for Germany’s top-flight Bundesliga.

Across the country, health officials are attempting to increase the capacity to avoid the system being overstretched.

To ease the burden on doctors’ surgeries, the Federal Medical Association has announced that workers will be able to get seven days’ worth of sick leave over the phone for the next month, instead of visiting clinics in person.

Germany is better prepared than some other countries to deal with a sharp rise in acute coronavirus cases, which can lead to severe respiratory failure. It has 29.2 intensive care units per 100,000 people, the highest in the European Union.

But slowing the tide of infections and reducing the pressure on healthcare services will be crucial to saving lives, say health experts.

“My assessment at the moment is that we’re getting a direct wave of infection,” Christian Drosten, lead virologist at Berlin’s Charite hospital, told German broadcaster NDR.

“That means we have to expect the maximum number of cases in the period between June and August.”

Restrictions to people’s social lives and the isolation of vulnerable elderly people will be necessary, or else death rate among the oldest demographic could reach 20 to 25 percent, he said.

Ever Given “partially refloated,” but still stuck in Suez Canal – The Denver Post