Here is all you need to know if you are planning on travelling during the coronavirus epidemic. 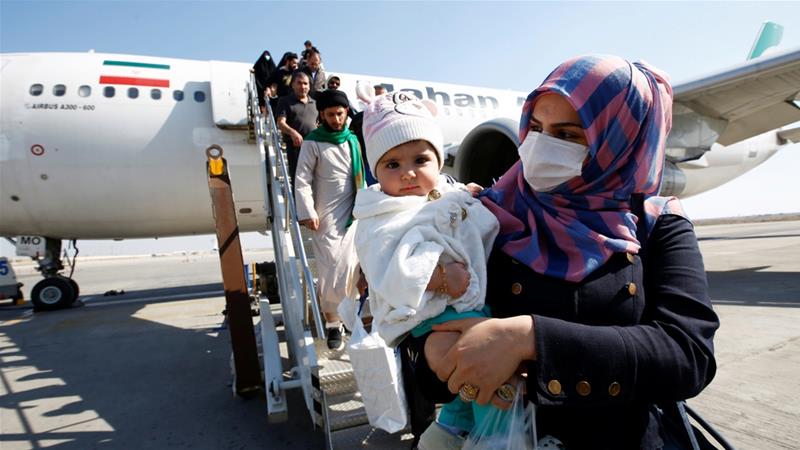 The rapid spread of COVID-19 around the globe has thrown the international travel industry into chaos.

Increasing numbers of travellers are opting to stay home amid fear of exposure to the new coronavirus, which has spread to 79 countries since late December, claiming more than 3,000 lives and infecting more than 100,000 people globally.

The virus, first detected in China’s Wuhan and for which there is no vaccine yet, has prompted worries the world over, with governments closing borders with affected countries and barring entry to or subjecting travellers from outbreak areas to lengthy quarantines. This is despite the World Health Organization (WHO) advising against such travel restrictions.

Amid the disruptions, companies are calling off major conferences and global sport bodies are cancelling, postponing or relocating key tournaments.

International airlines, meanwhile, are continuing to halt flights to hard-hit areas, including in China, South Korea, Italy and Iran.

Should you cancel or postpone your travel plans?

The WHO is recommending that elderly travellers and those with underlying health conditions delay or avoid travel to areas that are experiencing ongoing transmission of COVID-19. That is because the disease, while mild in some 80 percent of cases, can be fatal for people who are above 65 years or who have chronic illnesses.

That list of countries experiencing local transmissions is updated daily by the WHO. In Asia, it currently includes China, South Korea, Japan, Singapore, Malaysia, Vietnam, Thailand and Indonesia.

In the Americas, the United States, Canada and Ecuador have reported transmission of COVID-19 infections.

Only one African country is on the list – Algeria.

Australia in the Oceania region is also on the list.

Governments have also put out their own travel warnings. But this varies from country to country.

For instance, the British Foreign Office is advising against all but essential travel to mainland China, two cities in South Korea and the 11 towns in northern Italy that have been placed under lockdown. The US travel advice is more wide-ranging, with travellers told to avoid the whole of mainland China, South Korea, Italy and Iran unless absolutely necessary.

What other factors are at play?

If you do decide to travel, even if its destinations without major cases, you should consider your own risk factors and the quality of healthcare available in the region you are going to if you become ill, says Crystal Watson, senior scholar at the Johns Hopkins Center for Health Security.

Another factor to keep in mind is that you may be caught up in quarantine if an outbreak occurs.

“Travellers should be aware that this is a possibility, they may be stuck somewhere for an extended period of time and they should plan for that,” she says.

“Once this virus is recognised in more places, travel restrictions are going to have less impact, so eventually countries may stop implementing them. But I do think that there will be considerably more disruption in the weeks and months ahead.”

Travellers might also find themselves with less reason to venture far from home, as scores of tourist attractions have been shuttered and major events called off, ranging from the Muslim pilgrimage to holy sites in Saudi Arabia to the pop group BTS’s tour of South Korea.

The US Centers for Disease Control and Prevention is also asking tourists to reconsider any cruise journeys to or within Asia, saying that passengers are at an increased risk of contracting COVID-19.

That follows a major coronavirus outbreak on the Diamond Princess cruise liner that was quarantined off the coast of Japan’s Yokohama in February. At least 706 infections and six deaths were reported on the ship, prompting several countries to turn away other cruise liners, even those without confirmed cases.

Another factor to consider is your flight plans may get disrupted because other passengers are opting not to travel. Even in areas without major outbreaks, large numbers of cancellations and no-shows by customers have led airlines to ground flights and disrupting tens of thousands of passengers.

The International Air Transport Association (IATA) said on Monday many airlines are reporting 50 percent “no-shows” across a number of markets, and traffic has plummeted on key Asian routes.

Meanwhile, if you do want to cancel an existing flight or hotel booking, then you may have to bear the cost. But more and more travel companies are showing flexibility, according to Jonathan Smith, a spokesman for ABTA, a British trade association for travel agents and tour companies.

“If they choose not to travel, they’ll be bound by their travel provider’s standard terms and conditions and that will mean, in most cases, cancellation fees,” says Smith. “What we are seeing is the travel providers have shown in some instances a certain degree of flexibility with their customers, so our advice would be for travellers to speak to their travel provider.”

A small number of airlines, such as American Airlines and Jetblue in the US, have agreed to waive off cancellation fees for new bookings.

The travel insurance comparison site TravelInsurance.com is advising that people booking flights opt for the more expensive “cancel for any reason” coverage, as standard trip insurance will not cover cancellations made by travellers due to fears about the destination, which includes the spread of coronavirus.

How can you protect yourself if travelling?

If you do go ahead with your travel plans, the WHO has a range of recommendations to reduce the risk of infection. They include washing hands frequently, covering nose and mouth when coughing, and avoiding close contact with people showing symptoms.

If you do show symptoms of illness while travelling, such as fever, coughing or breathing difficulties, the WHO recommends that you contact your local health providers by phone and inform them of your travel history.

Travellers should carry and regularly use hand sanitiser while keeping a distance of two metres from others where possible, says Bharat Pankhania, an expert in disease control at the University of Exeter in the UK.

“[One way to reduce the risk] is to be knowledgeable about how the infection is spread and how they can protect themselves. For example, by maintaining their own personal protective zones whilst travelling,” he says.

“The second is to arm themselves with information from the particular country where they are travelling to. Putting those two elements together would see most people well protected and kept safe.”