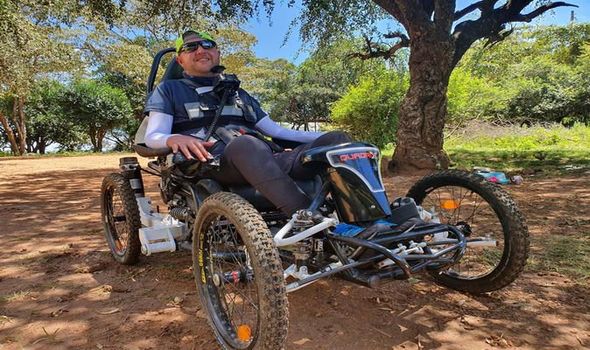 Andy Walker MBE, paralysed in a diving accident, took on the challenge through the Great Rift Valley to Lake Victoria. The 42-year-old overcame intense heat to cycle for eight to 10 hours a day to raise funds for the charity Regain, which supports people like him who have become tetraplegic through a sports injury. It helped Andy, a former competitive swimmer, when he became paralysed in Goa, India, in 2006, and was given a one percent chance of survival.

Andy, who was awarded an MBE for his services to disability charities having raised £200,000, described the trek in Kenya as the toughest challenge yet.

He said: “It was exhausting. I felt like I’d done five rounds with Tyson Fury [the boxer] by the end of it.

“There were times when I’d struggled, it was really hard, it was scary, but I loved it. 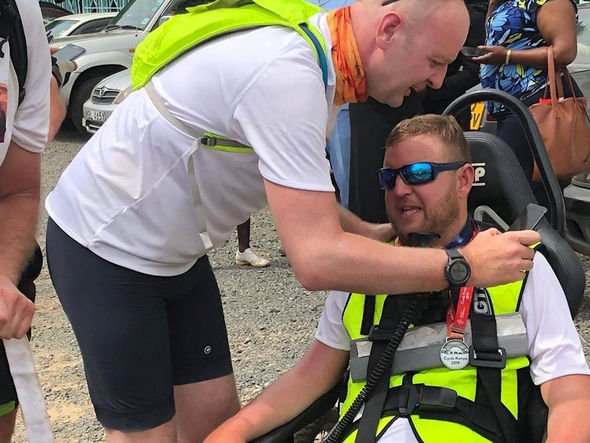 “It was three days that were incredibly tough. I remember thinking I might crash at one point, I was totally tired.”

Andy, of Oldham, said: “I wanted to prove to people with injuries or struggles with life that you can overcome physical challenges with positivity.”

The experience took its toll on Andy, who cannot regulate his own heat due to his injuries. He added: “I thought my body might have given up, it was really hard. I wanted to push the limits of the injury and push my own limits.”

10,000 expected at Denver protests for George Floyd on Saturday

What Kind of Flag Can I Fly Outside My House? – The Denver Post