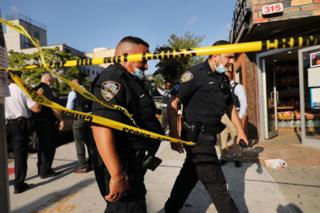 President Donald Trump has said US cities are seeing a spike in crime, as he sends in federal law enforcement agents to tackle the situation.

He has denounced a string of Democrat-run cities which are “plagued by violent crime”. 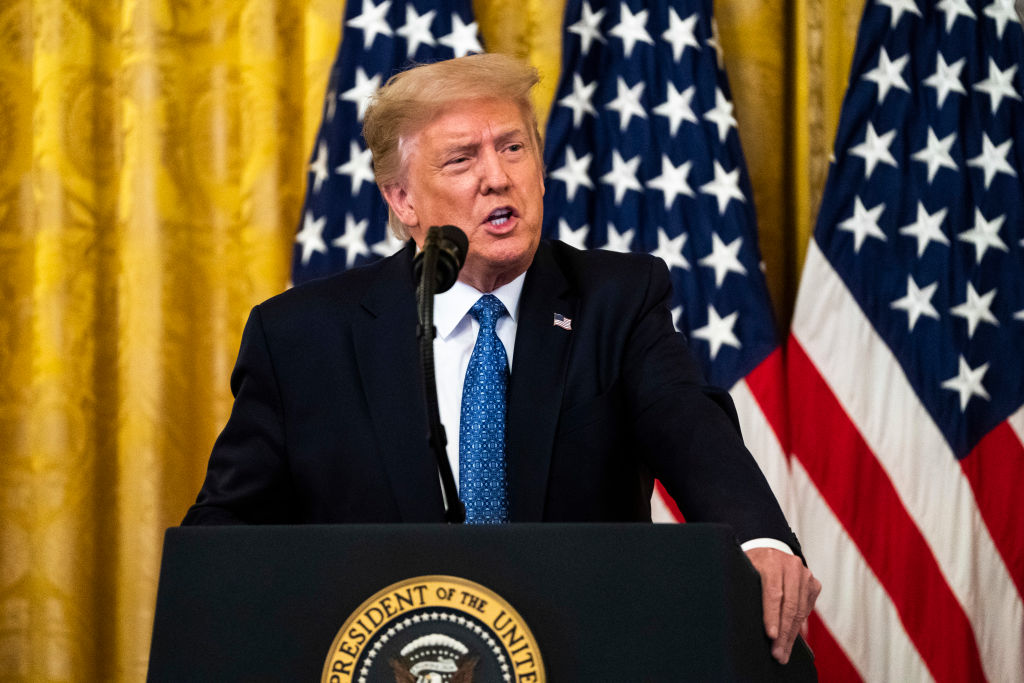 We’ve looked at violent crime, and found it’s down overall in many cities, but murders have risen sharply in some.

In many major US cities, including Chicago and New York, violent crime overall is down compared with the same time last year.

Individual years can fluctuate but violent crime across America has been on a downward trend since the 1990s.

A study by the New York Times found violent crime from the start of this year through to the beginning of June was down 2% across 25 large American cities, compared with the same period in 2019.

In April and May, violent crime in many US cities declined significantly compared with previous years, due in part to coronavirus lockdown measures.

But President Trump has pointed to a string of murders in certain cities, and homicides in contrast have increased sharply in some areas.

Where have murders risen?

A review of data from 27 American cities found that Chicago led the way as homicides surged through to the end of June.

The president has sent more than 100 federal agents to help local law enforcement in Chicago.

President Trump has proposed expanding the deployment of federal law enforcement to the north-eastern cities of New York and Philadelphia.

Philadelphia is seeing a spike in murders, while reports of other violent crimes have declined.

It’s a similar trend in New York, as although rapes and robberies are down, the murder rate is up more than 50% compared with the same point in 2019.

New York’s murder rate has decreased significantly since the 1990s, but June saw the most shootings in a single month since 1996, according to the New York Police Department.

Murders are down elsewhere

Albuquerque, New Mexico, is another city President Trump has sent dozens of federal agents into, but murders have fallen compared with previous years.

The police chief in the city has said: “Contrary to claims by politicians in Washington DC, Albuquerque has been keeping overall violent crime flat and has reduced homicides thus far this year.”

Murders in Albuquerque, a city of more than half a million people, have dropped to 38 compared with 44 at the same point in the previous two years.

Other cities earmarked by President Trump have also seen mixed trends. Murders are down in Baltimore, steady in Oakland, but up in Detroit compared with this time last year.

Why are some cities seeing a spike in murders?

It’s hard to put it down to one reason.

Crime often rises in the summer due to a combination of reasons, such as no school and more outdoor activity.

Richard Rosenfield, an American criminologist, says: “Typically as weather warms up, we see an increase in street crime, including homicides.”

This summer has also seen people re-emerging from lockdowns in various states.

The mayor of Chicago has put the rise in murders down in part to a “perfect storm” created by coronavirus, and the mayor of New York says the spike has been fuelled by “horrible dislocation” caused by the pandemic.

The ongoing pandemic has had widespread implications, including for law enforcement.

Many courts in the US have been closed, and some offenders have been released to stop the spread of coronavirus. That has led “to a feeling among offenders that they can commit crimes with impunity”, according to a report by the Police Executive Research Forum.

Send us your questions

Stocks stumble on fears of second wave of coronavirus cases