BBC Weather forecaster Helen Willetts warned that Europe would see a massive drop in temperatures over the next few days. This icy blast will result in some areas of north and eastern Europe seeing below freezing temperatures during the day. Wet weather will also strike the continent with Britain and Italy being hit with new wet weather fronts.

These weather fronts could bring thunderstorms and powerful gusts as well.

“This is true of at least to the northern and eastern areas.

“Temperatures have fallen back to below freezing by day.” 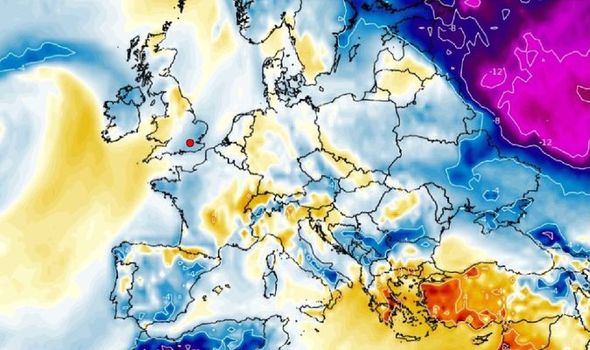 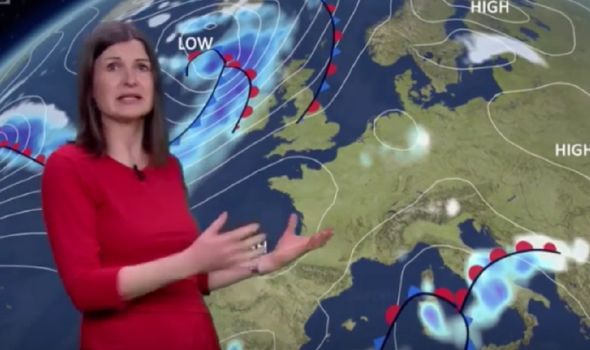 The BBC Weather forecaster noted that in addition to the cold day temperatures there would likely downpours across Europe.

Italy and the United Kingdom are expected to be hit by heavy showers by Wednesday.

She continued: “We start the week with some active showers.

“They have been across southern Iberia through the weekend and we can see they have crossed all the way into Italy. 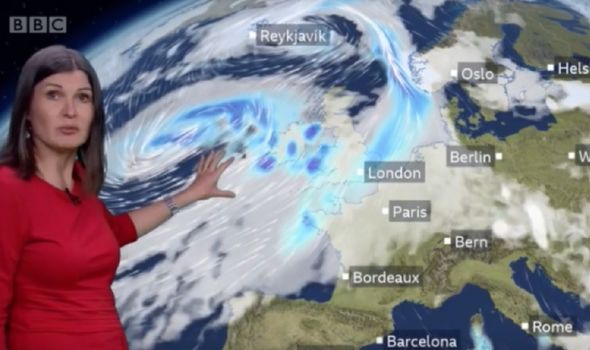 BBC Weather: Temperatures to fall below freezing in parts of UK

“They will hit the Balkans and there will be some mountain snow.

“There will be some really intense thunderstorms and downpours and gusty winds.

“There is high pressure for the majority elsewhere but we are also keeping a close eye on stormy weather over the northwest.”

The south east of Europe can expect some relatively warm temperatures as we move through the week. 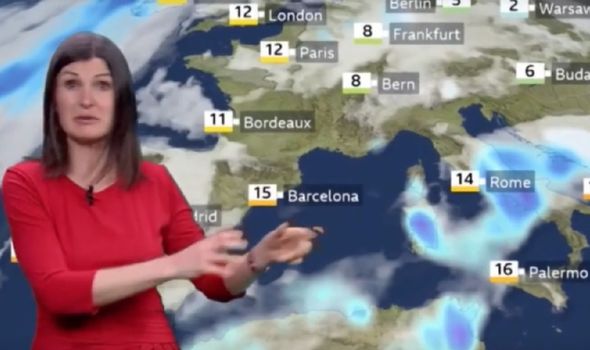 Ms Willetts added: “Ahead of that low pressure is some warmth across parts of Turkey and Cyprus.

“This is all wining itself up and it will develop into quite a deep area of low pressure further south east and drag some cold air in behind it.

“There are some lively showers and once again we have had flooding in parts of North Africa and there are still some active ones across Iberia.”