BBC meteorologist Stav Danaos noted heat has been a weather talking point across southwest Europe for the last few days. The temperature even reached 31 degrees celsius in Seville in Andalusia on Wednesday. Mr Danaos said that this was “well above the seasonal average” for March where we should be seeing around 22 degrees.

He told viewers: “It’s also been warm as well into southern France around the Alps.

“It remains high into Friday as well with plenty of sunshine here.

“The big story’s also been this unseasonably deep area of low pressure across Egypt, Cyprus, into the Levants and southern Turkey.” 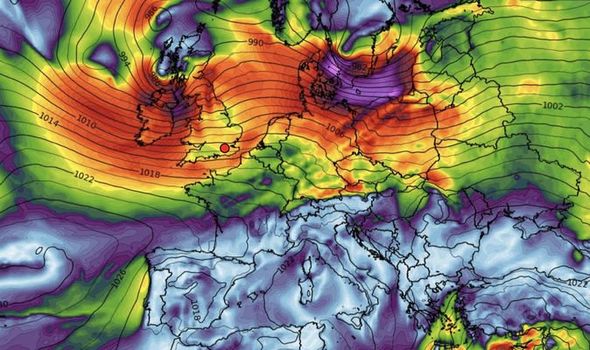 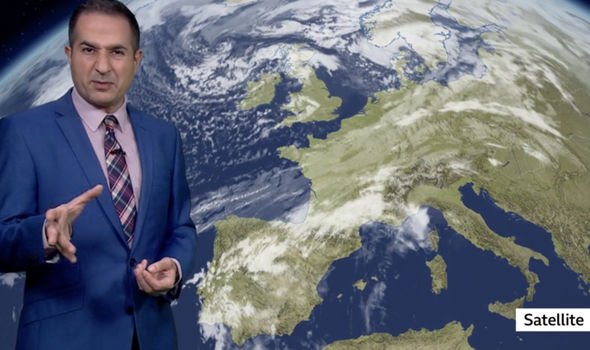 Mr Danaos continued: “That’s going to continue to spin up further heavy rain and strong winds there to end the week.

“But it should ease away eastwards during the weekend.

“It stays warm across Iberia, not as hot as it has been.

“That warmth will stretch into central and southern France as well.” 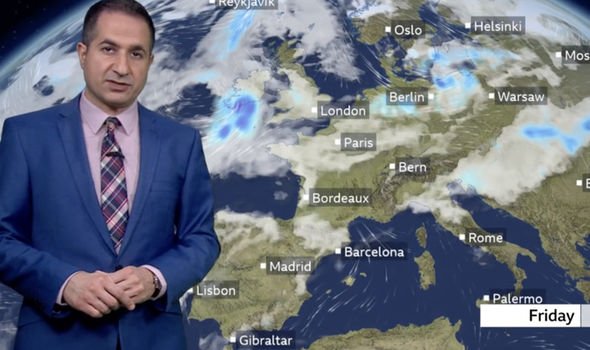 He added: “Temperatures will be in the single digits though for Scandinavia.

“There’ll be some sunshine but also some snow showers around.

“Looks like it improves across the eastern Mediterranean, turns a little bit dry there.” 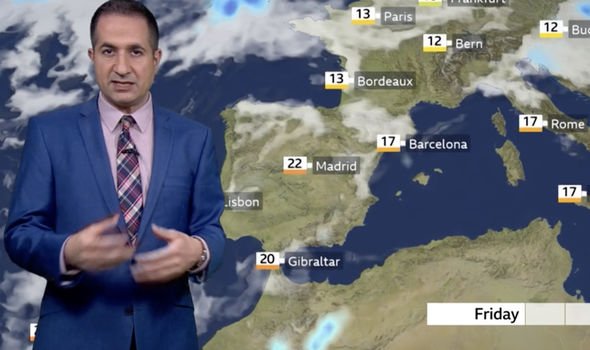 The weather presenter also said: “There’ll be lots of sunshine for Greece, the islands and southern Italy.

“For Spain and Portugal, it remains very warm indeed.

“We could see something a bit springlike and more settled in London and Paris as we head on into next week thanks to a ridge of high pressure.

“For Nicosia it turns a bit drier and sunny, a little bit warmer into the weekend.

“As that low clears away, we should see plenty of dry weather in Athens.”