BBC Weather forecaster Louise Lear said the weather across Europe is unlikely to change much over the next few days. She said there will be extreme heat in the west of Europe, with some warnings being issued. The southeast of Europe will see similarily high temperatures with areas just short of 40C.

There will be scattered showers across the continent due to a weather front moving southwards from Scandinavia, however, it will remain dry for many.

Ms Lear said: “It is a quiet weather story across much of Europe at the moment.

“But heat is the feature, particularly for the Mediterranean.

“It is not unusual but we are starting to see warnings for some extreme heat developing across Iberia at the moment.” 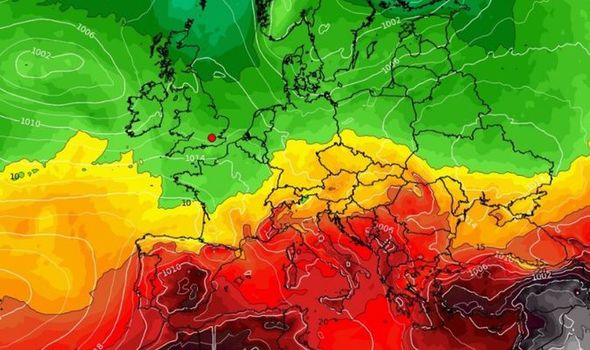 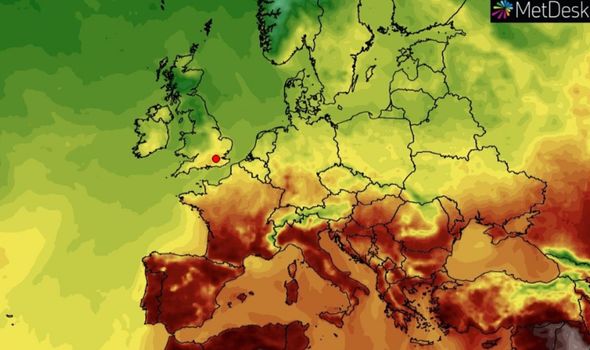 The BBC Weather forecaster said there would be dry weather across much of western Europe over the next few days.

She added central and eastern parts would see some wet weather due to a weather front moving in from Sweden.

She said: “Plenty of dry weather through the Meditteranean.

“There is potential for a few sharp showers to develop across the Alps. 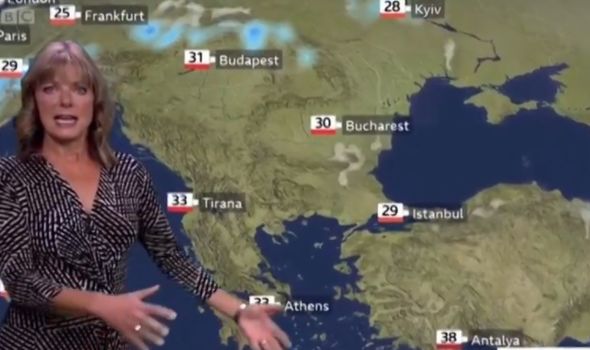 “We have also got a weather front moving its way out of Scandinavia.”

Some areas in eastern Europe could see temperatures as just shy of 40C but may also experience some showers.

She said: “Through Turkey, through Greece and the Greek isles the temperatures here will be from the low to mid-30s for many. 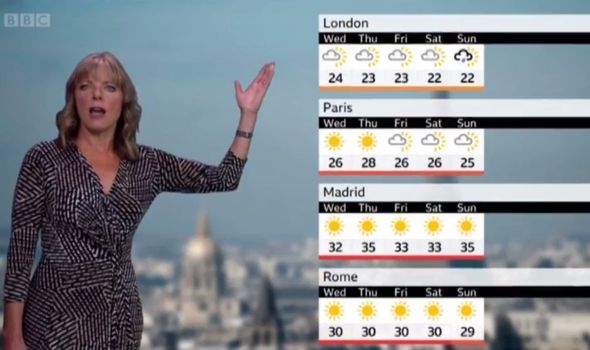 “We will see a few sharp showers, perhaps through the Czech Republic up into Germany.

“We have got that frontal system easing away to a few scattered showers across southern parts of Norway and Sweden.

“That is the story through Europe and we are not going to see much change on Wednesday.”

BT Group board on alert for £15bn takeover approach