BBC Weather forecaster Stav Danaos warned that Europe would see an increase in rainfall over the next few days. He said a weather system moving in from the Atlantic would bring low pressure to the continent and result in strong winds and heavy rain. This trend would continue and spread further into the Mediterranean over the weekend as more rain is forecasted.

Mr Danaos said: “We have seen plenty of wet windy weather across the northwest of Europe.

“Over the next few days and into the weekend it looks like the Mediterranean that will start to see the unsettled weather.

“Areas of low pressures will be diving in from the northwest.

“One such system that will be affected will be Italy into the Balkans as they will see heavy rains and mountain snow. 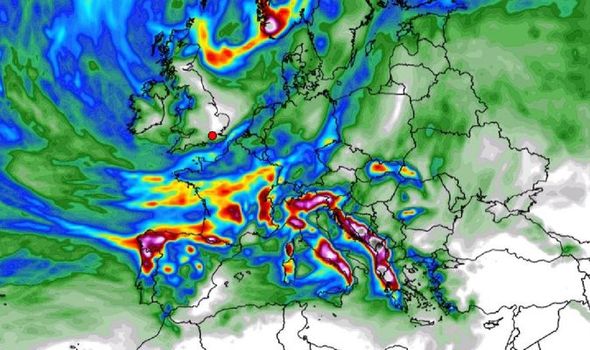 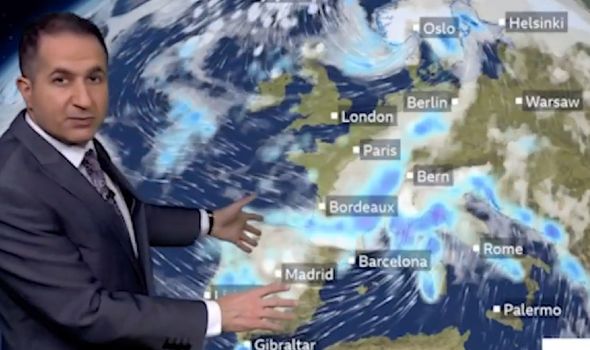 “Another area of low pressure will be moving into Spain and France as we move through Friday.”

The BBC Weather forecaster noted that in the east of Europe temperatures will reach the low and mid-teens.

However, there will still be rainfall moving into the weekend.

Mr Danaos said: “We have got a few showers across the eastern Mediterranean. 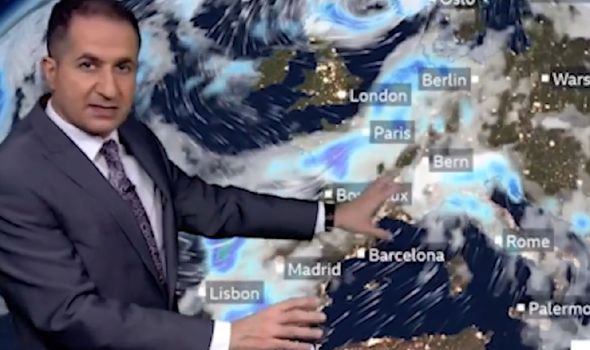 “Here temperatures will be in the mid-teens so will give it some sunshine.

“It is not as cold as it has been across eastern Europe, still on the chilly side as there is some sleet and snow around.”

The forecaster added that by Saturday Greece and the islands will be struck by heavy rain coming from the south. 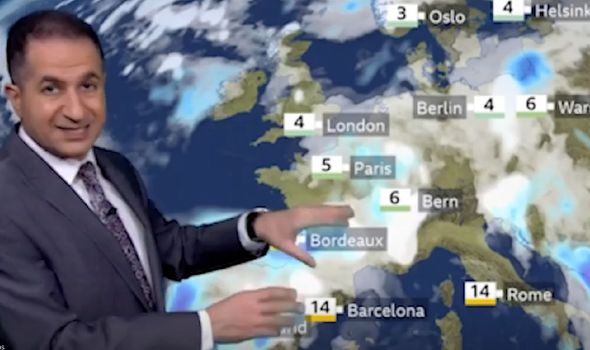 This will mark a new weather front set to dampen the start of the following week.

There will likely be snow falling across high-level parts of central Europe over the weekend as well.

Temperatures will remain cool through the weekend but may increase by the end of the weekend.

The weather in northern Europe is expected to be more settled following the intense weather of Storm Christoph.