April may be fast approaching but there is nothing springlike in the feel of the weather across Europe over the next few days. BBC meteorologist Louise Lear revealed a cold Arctic plunge of air across Scandinavia is affecting the UK, Germany and the low countries. She also forecast that temperatures across the continent are really going to fall away.

Ms Lear told viewers: “As a daytime maximum, they’ll be well below the average.

“It’s also going to bring some snow, over a metre of snow is likely in Norway, we’ve got warnings here.

“Snow showers will head into Germany and Poland.

“To the east of that, across that Mediterranean, it’s still pretty unsettled for Turkey.” 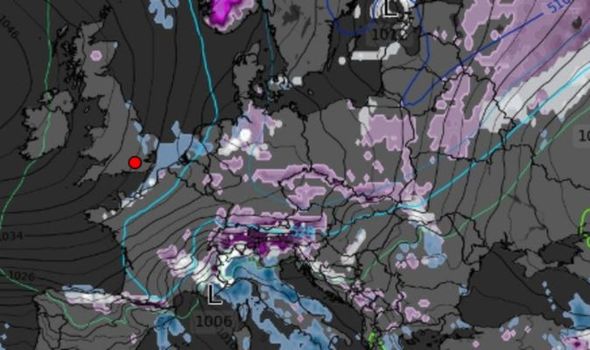 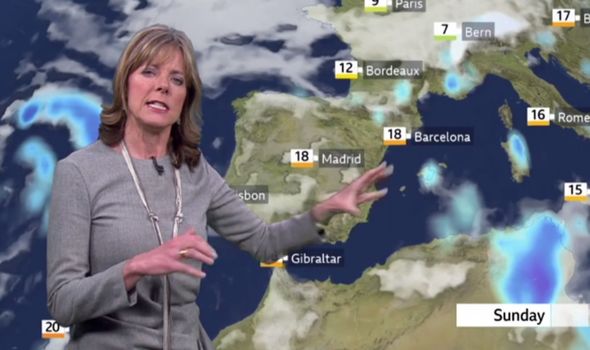 She continued: “Not as bad in Greece and Italy as it has been of late.

“There’ll be some sunshine and temperatures perhaps peaking in the mid teens.

“They’ll be in the high teens likely for Spain and Portugal.

“There is cooler weather though across France, single figure temperatures here, low single figures for Germany.” 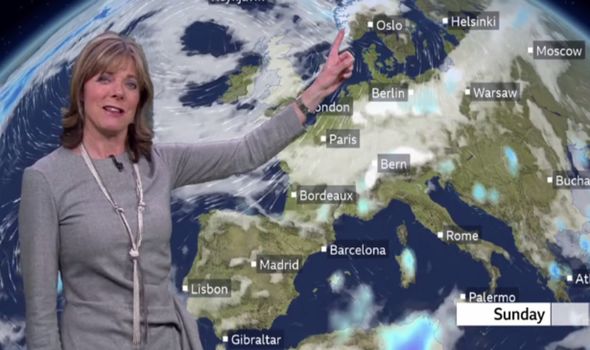 The weather presenter added: “Into Scandinavia we are likely to see further snow showers to come.

“It’s cold, it’s also windy with it as well.

“It will be a slightly better picture on Monday in terms of more on the way of sunshine.” 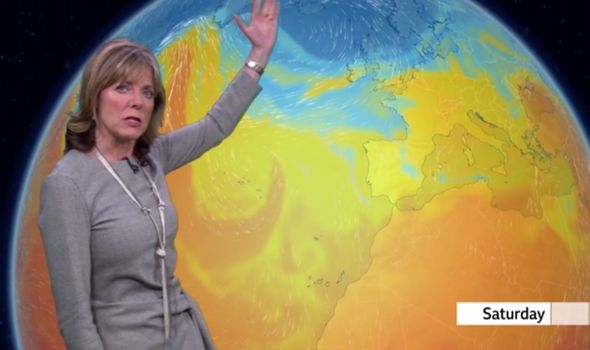 Ms Lear also said: “But we will start to see some showers across the Mediterranean as well.

“Over the next five days, temperatures will recover a little across the UK.

“Paris will move back into double figures.

“Elsewhere, in eastern Europe, it looks like we’re going to see some sunshine.

“And a slightly warmer feel for Moscow next week.”