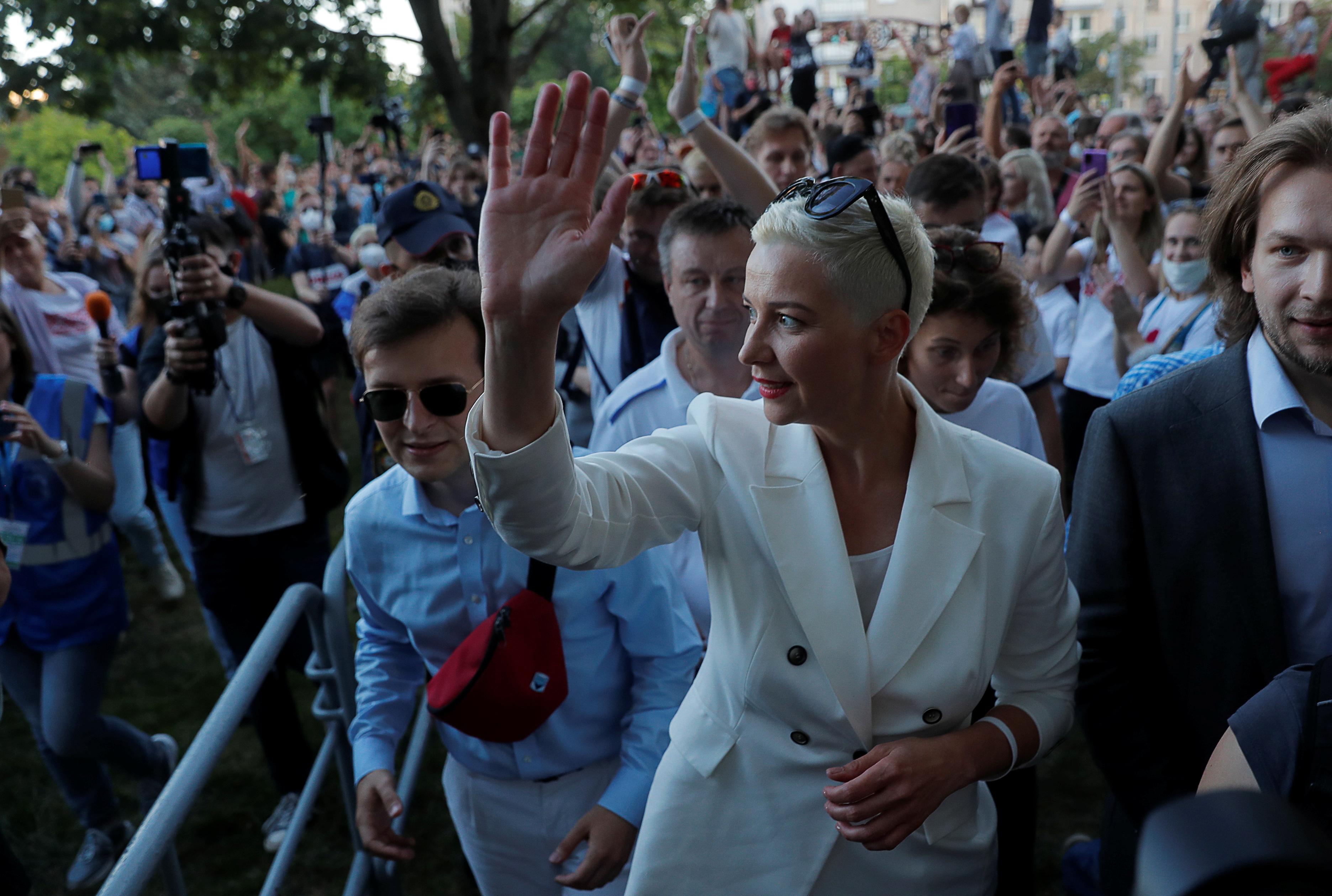 MINSK (Reuters) – Belarus police briefly detained and then released a prominent member of the opposition challenging President Alexander Lukashenko in a presidential election, the campaign team said on Saturday.

Maria Kolesnikova was detained in what police said was a case of mistaken identity, the campaign team said in a statement. Police declined to comment immediately.

Lukashenko, who has ruled the country for over a quarter of a century, has cracked down to try to snuff out rare and sustained protests against him ahead of Sunday’s presidential vote, jailing rivals and arresting dissenters.

He faces his biggest challenge in years due to frustration over his hands-off handling of the coronavirus pandemic and grievances over the economy and human rights.

Kolesnikova was originally a member of the campaign team for Viktor Babariko, the former head of a local bank who was detained after he launched his presidential bid.

After Babariko’s arrest, Kolesnikova became the joint face of the opposition campaign backing Svetlana Tikhanouskaya, a former English teacher who entered the race after her husband, an anti-government blogger who intended to run, was jailed.