A proposed rule would require agencies to study the climate impacts of new highways, pipelines and other projects, reversing a Trump-era effort to weaken reviews. 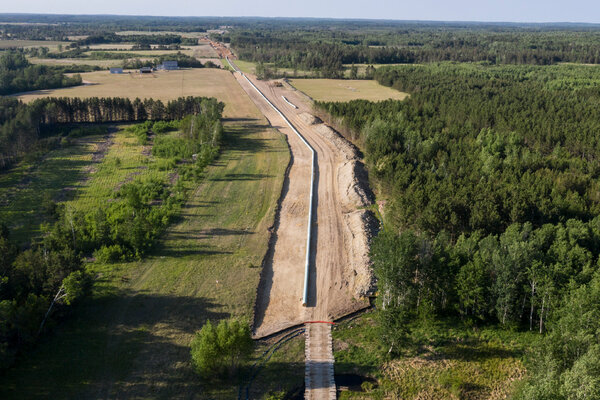 WASHINGTON — The Biden administration on Wednesday announced that it would restore climate change protections to the nation’s bedrock environmental law, the National Environmental Policy Act, which former President Donald J. Trump had weakened in an effort to speed the approval of projects like mines, pipelines, dams and highways.

The proposed changes would require the federal government to evaluate the climate change impacts of major new projects as part of the permitting process. They come as Congress is weighing a plan to spend trillions of dollars on infrastructure improvements across the United States.

The Trump administration had freed agencies from considering the ways in which proposed new power plants or pipelines, for example, might lead to an increase of greenhouse gas emissions, which are warming the planet to dangerous levels. It required agencies to analyze only “reasonably foreseeable” impacts. Mr. Trump said the change would eliminate “mountains and mountains of red tape” that he said had delayed projects across the country.

But those changes sowed confusion and were difficult to implement, according to Brenda Mallory, chairwoman of the White House Council on Environmental Quality.

“Patching these holes in the environmental review process will help reduce conflict and litigation and help clear up some of the uncertainty that the previous administration’s rule caused,” she said in a statement.

Edmonton firefighters extinguish blaze at home under construction in Griesbach

US legislators call for deadline extensions for refugees, others

COVID-19: More than 700,000 doses of Oxford-AstraZeneca vaccine ‘flown from UK to Australia’ – report