Joe Biden claimed that he was “amazed and overwhelmed” by Briton’s affection for the Queen as he attended Her Majesty’s state funeral in London. He was sharing his views with PM Liz Truss at the UN Summit in New York.

In conversation with Ms Truss, the US President described how he was “honoured” to attend Monday’s service at Westminster Abbey.

He also paid tribute to the “thousands” of Britons who camped out overnight to pay their final respects to the Queen.

He said: “It was an honour for my wife and I to be able to pay our respects at her lying-in-state and attend the state funeral in London.

“I was amazed and overwhelmed by the affection of the British people and the world, quite frankly. 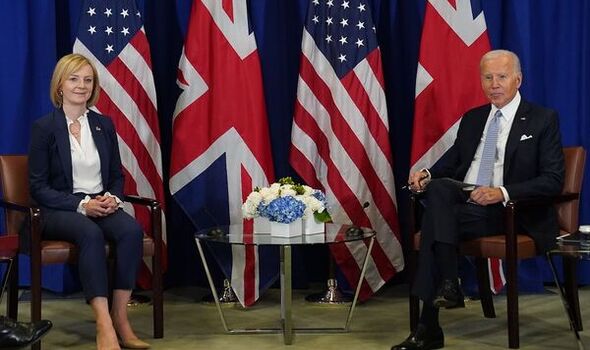 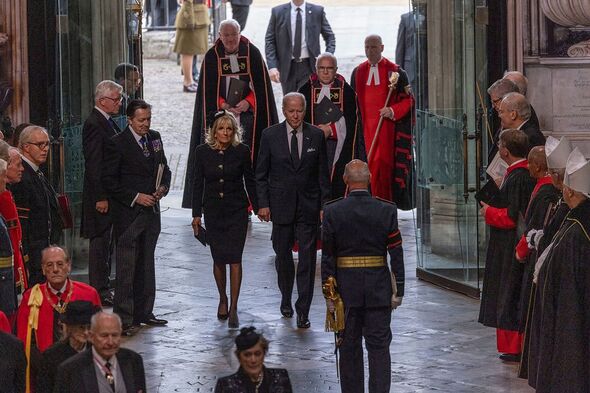 Starting conversation with Mr Biden, Ms Truss thanked him and his wife, Jill, for attending the Queen’s funeral and the “support” offered by the US during “two very difficult weeks”.

She hailed the “steadfast” trans-Atlantic alliance but also offered a hint she would be robust in her discussions with the US President over the Protocol.

She said: “Of course I’m looking forward to discussing the Belfast Good Friday Agreement and how we make sure that’s upheld into the future.” 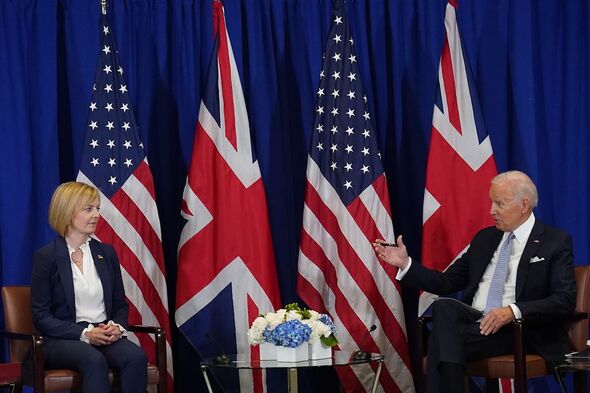 The Bidens were among a huge number of world leaders to fly into London for the Queen’s funeral this week.

The President and First Lady also took time to pay their respects to Her Majesty by attending the lying-in-state at Westminster Hall on Sunday.

Mr Biden told Ms Truss the UK was “our closest ally in the world” as he congratulated her on her appointment as PM.

He said: “There is no issue that I can think of, of global consequence, where the US and UK are not working in cooperation and I expect we’ll be able to continue to do that.” 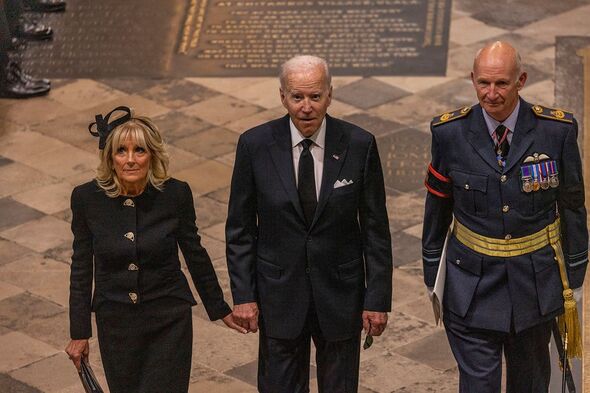 He told Ms Truss he was “looking forward to hearing what’s on your mind” as the PM prepares for a fresh battle with Brussels over the Northern Ireland Protocol.