The Portuguese youngster from Ovar half an hour’s drive south of Porto, lost his fight for life in the early hours of this morning after being rushed to Sao Sebastiao Hospital in nearby Santa Maria da Feira. Medics are said to have decided against transferring him to a hospital with a paediatric A&E unit in Porto, Portugal’s second largest city, because of the severity of his condition.

Local reports said he suffered from psoriasis, a skin disorder that can affect the immune system.

He has been confirmed as Portugal’s youngest person with coronavirus to die so far.

The girl described earlier this week as Europe’s youngest coronavirus victim, named as Julie Alliot, was first rushed to her local doctor in Longjumeau, south of Paris, on Tuesday before being transferred to the Necker Hospital in the French capital. She died the following day.

Her sister Manon paid tribute to her after news of her death became public, saying she was “bright and much loved” and “loved to dance, sing and make people laugh.”

The number of coronavirus deaths in Portugal stood at 119 at lunchtime today. Nearly 6,000 are infected with the virus and another 5,500 were awaiting the results of tests according to Ministry of Health figures. 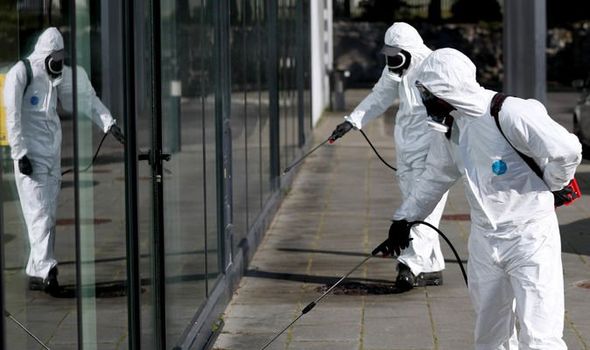 Earlier today it emerged a British man has died on the Algarve after falling ill with coronavirus.

The OAP, who was in his seventies, lost his two-week fight for life yesterday/on Saturday at Faro Hospital.

He lived in Benagil, a beach area near Lagoa which is known for its spectacular cave.

Lagoa’s mayor Luis Encarnacao confirmed the death, the town’s second since the start of the coronavirus crisis.

The first was a 60-year-old teacher who lived in Carvoeiro and has been named as Manuel Magalhaes.

Mr Encarnacao said he had spoken to the families of both men to offer them his condolences. The Brit expat has not been named.

Coronavirus: Businesses and unions to get first look at government’s draft return to work plan