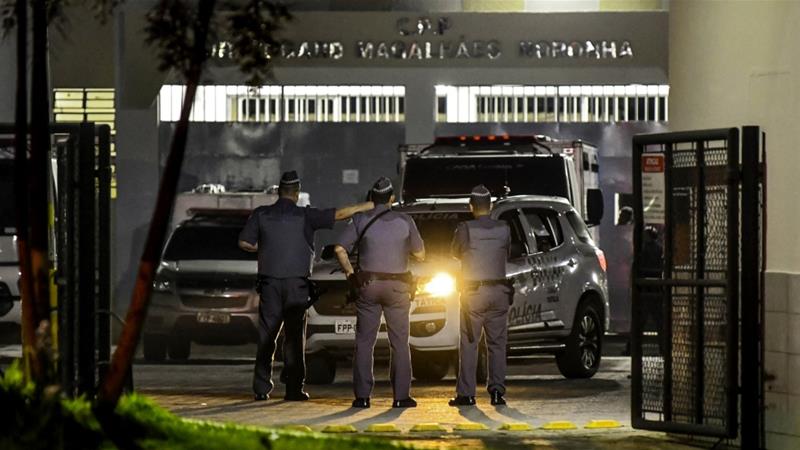 Brazil has recaptured more than 500 prisoners who fled four jails ahead of a planned lockdown of the facilities over the coronavirus pandemic, according to prison authorities.

The Sao Paulo Secretary of Penitentiary Administration was still tallying the number of fugitives on Tuesday, following the mass breakout the day before, according to officials. Local media reported on Monday that as many as 1,300 inmates had escaped during riots.

The four jails, Mongagua, Tremembe, Porto Feliz and Mirandopolis, allow prisoners to leave to work or study during the day and return to the facility at night.

As a precaution amid the coronavirus outbreak, which the World Health Organization (WHO) declared a pandemic on March 11, prison authorities planned to halt the day-release programmes to avoid inmates picking up the disease while outside of the prison and infecting other inmates upon their return.

The prison authority had said the measure was being instituted for the benefit of the 34,000 inmates as well as guards and staff.

In addition to the escapes, there were “acts of insubordination” over the measure in the prison, but the state Penitentiary Administration said the situation had been immediately brought under control.

Brazil was the first country to confirm an infection in Latin America. As of Tuesday, the country of more than 209 million people had reported 234 infections with no deaths. The disease caused by the virus, COVID-19, has infected 184,000 worldwide with more than 7,500 deaths, according to the WHO.

High-population prisons have proven a particular challenge to governments across the world as they race to contain the outbreak.

On Tuesday, Iran announced the temporary release of 85,000 people from jail, many political prisoners, in an attempt to prevent the spread among the prisoners.

In the United States, advocates have warned that the prison system is woefully unprepared for an outbreak, while rights groups have called for high-risk inmates to be released.

From gyms to village cricket – England sees more easing ahead