LONDON (Reuters) – British Prime Minister Boris Johnson said on Friday he was remaining in isolation with mild symptoms of COVID-19, including a high temperature, seven days after he first tested positive for the new coronavirus which causes the respiratory disease. 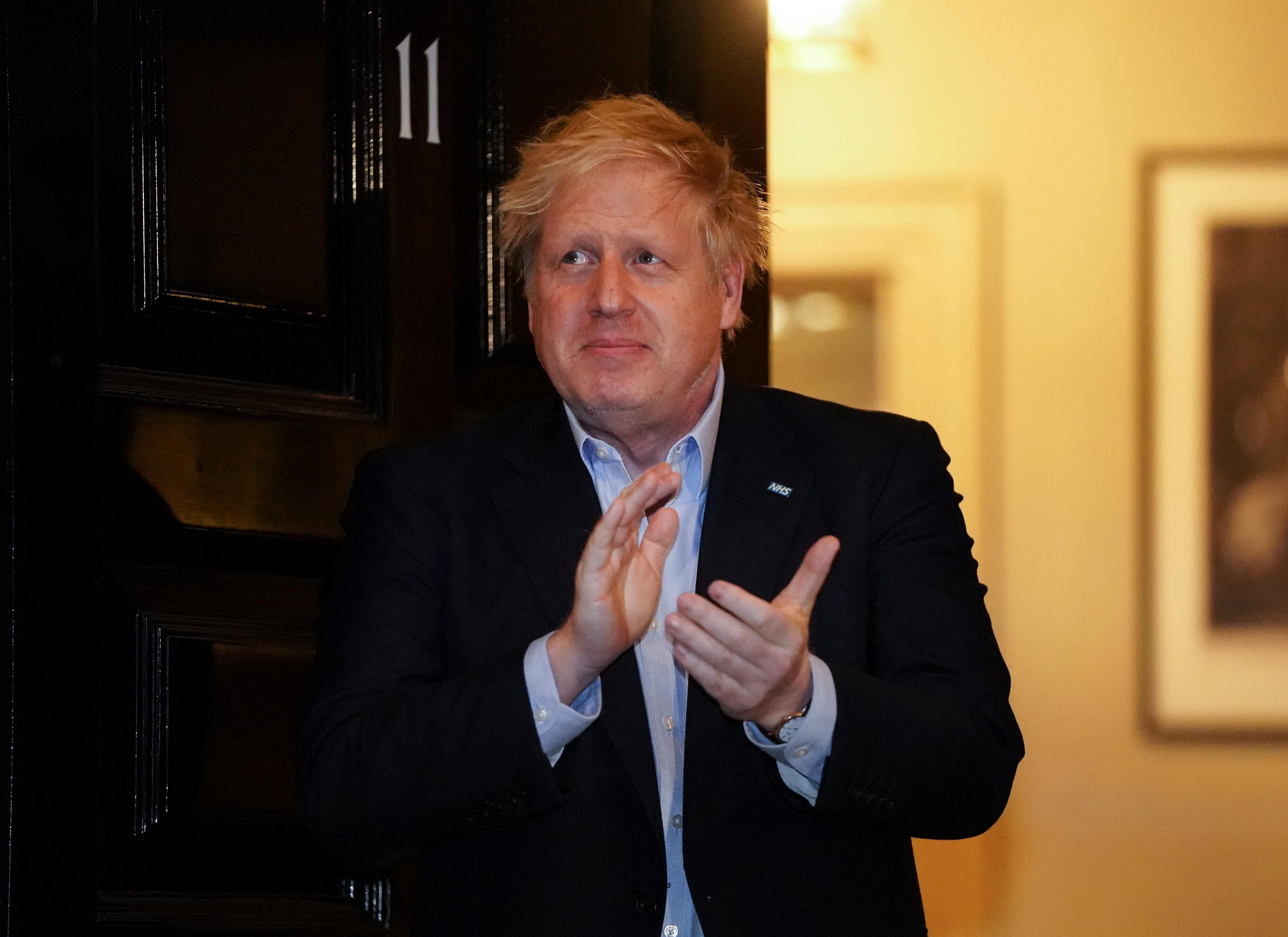 “Although I’m feeling better and I’ve done my seven days of isolation, alas I still have one of the symptoms, a minor symptom, I still have a temperature,” a weary-looking Johnson, sitting in a chair with his shirt open at the neck, said in a Twitter video message.

“So in accordance with government advice I must continue my self-isolation until that symptom itself goes,” he said. “We’re working clearly the whole time on our programme to defeat the virus.”

Johnson announced a positive test result for the coronavirus on March 27, the first leader of a major power to do so. He said he would be self-isolating in a flat in Downing Street.

British National Health Service guidelines stipulate a seven-day isolation period for those with symptoms and longer for those still with a high temperature.

Johnson initially approved a much more modest response to the novel coronavirus outbreak than other major European leaders but swiftly changed tack when projections showed a quarter of a million people could die in the United Kingdom.

He effectively shuttered the world’s fifth-largest economy, advising people to stay at home and the elderly or infirm to isolate themselves for weeks.

Johnson told Britons they needed to stick to the rules on staying at home unless it was essential to go out, ahead of a weekend when good weather is forecast.

“I just urge you not to do that (go out). Please, please stick with the guidance now,” Johnson said. “This country has made a huge effort, a huge sacrifice, done absolutely brilliantly well in delaying the spread of the virus.

Asked earlier if Johnson would be out of isolation on Friday, his health minister, Matt Hancock, said: “I’ve absolutely no idea but what I do know is he’s still working.”

Hancock also tested positive for the coronavirus last week at about the same time as Johnson, but he has since left isolation and is working as scheduled. Hancock said he had lost half a stone (3.18 kg) in weight due to the virus.

Coronavirus in Colorado, June 3: A look at the latest updates on COVID-19