The 5th century artefacts are currently housed in the British Museum and are widely regarded as one of the finest examples of marble sculpture on earth. Thomas Bruce, the 7th Earl of Elgin and British Ambassador to the Ottoman Empire, controversially acquired the Parthenon Sculptures in Athens in the early 19th century. Greece has long disputed the ownership of the sculptures and now the debate has been reignited after 18 members of the US House of Representatives wrote to the Prime Minister urging him to send them back to Athens.

However, a poll of more than 5,000 Express.co.uk readers has found two thirds believe the sculptures should stay in the UK.

The survey conducted on Tuesday September 22 between 8.32am and 9.00pm asked 5,027 Express.co.uk readers “As US wades into row, should UK hand Elgin Marbles back to Greece?”

The vast majority of participants, 65 percent (3,243), said they should not be returned to Greece and voted no.

A third of readers, 33 percent (1,684) said the UK should send the sculptures back to Athens and voted yes. 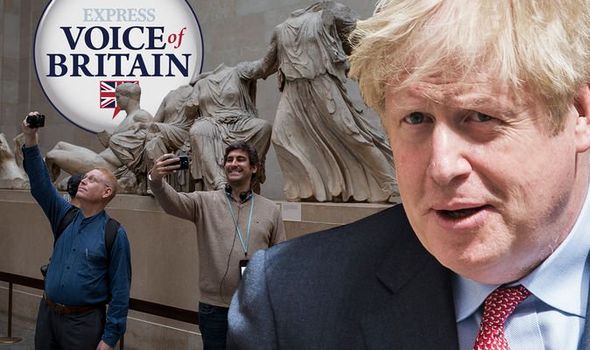 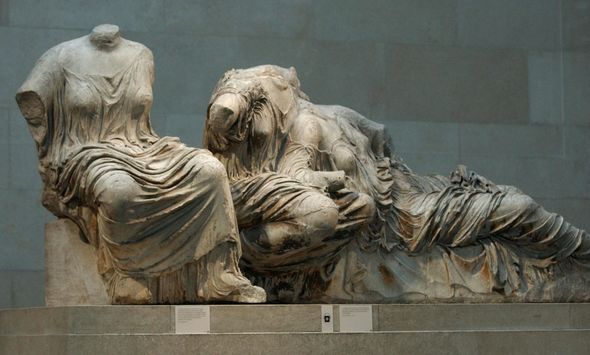 Just two percent (100) of those surveyed remained unsure and said they did not know.

A number of Express.co.uk readers let their feeling known and ordered the US to stay out of the debate and another insisted museums around the world would be empty if everything had to be returned to where they were found.

One reader said: “If the Elgin Marbles are returned then everything in every museum in the world has to be returned to its country of origin – all Egyptian mummies to Egypt, all Greek antiquities to Greece etc.

“That would decimate most museums around the world but it is the only way for things to be fair… either all or none.” 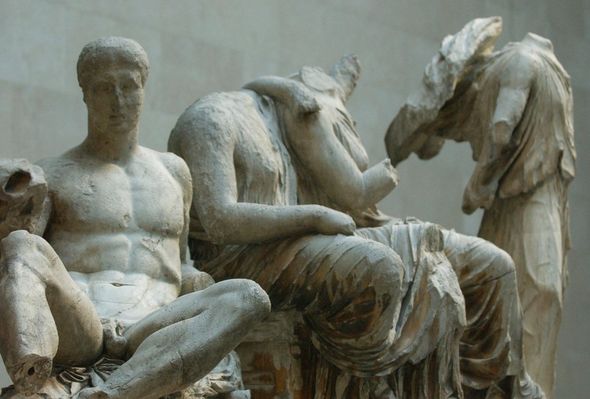 A second user said: “Certainly NOT because the US WOKES tell us to! I wonder which artefacts the US have that they can return first, as a good example.”

A third commented: “The Elgin Marbles are British owned, purchased by the Crown from Lord Elgin in 1816 and presented by parliament to the British Museum. End of.”

Meanwhile, a fourth simply said: “No! What has this to do with the US. In fact hasn’t the US got enough problems of their own?

The debate over the Elgin Marbles has rose to the forefront after 18 Democrats and Republicans united and wrote a letter to Boris Johnson urging him to “negotiate” with Greek authorities. 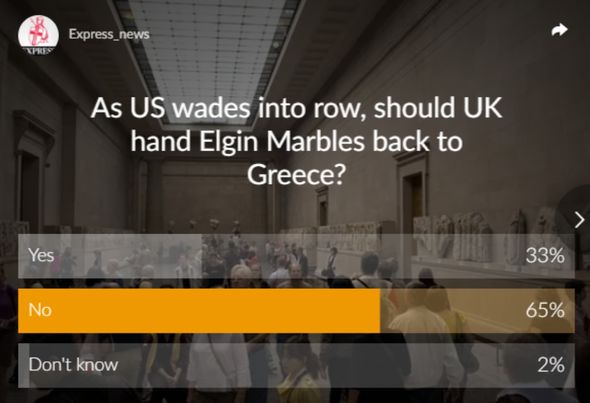 The group urged the return of the sculptures by 2021 – the 200th anniversary of the foundation of the modern Greek nation.

Their letter states: “The Marbles have been the source of controversy among western allies for many decades. Greece has long wanted these Parthenon Marbles back.

“Today we write to you as members of the congressional caucus on Hellenic Issues to urge your government to negotiate with the Greek government in earnest on the return of the Parthenon Marbles to Greece.” 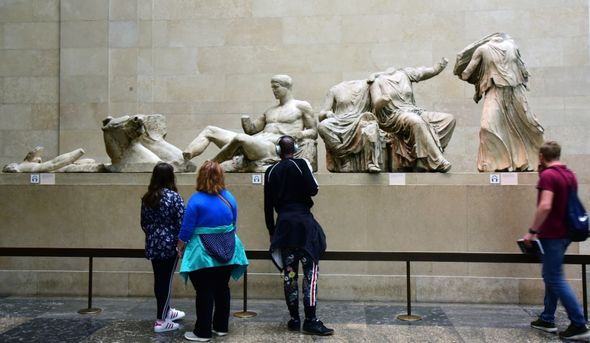 The Earl always maintained he had permission to take the Marbles but no decree has ever been discovered- however Greece has always insisted the sculptures were stolen.

Any decision to hand them back would likely require an Act of Parliament, because the British Museum Act of 1963 bans the return of any property.

In 2019, the British Museum director Hartwig Fischer defended the acquisition of the Marbles, saying: “When you move cultural heritage into a museum, you move it out of context. Yet that displacement is also a creative act.”

While You Were Sleeping: 5 stories you might have missed, July 24