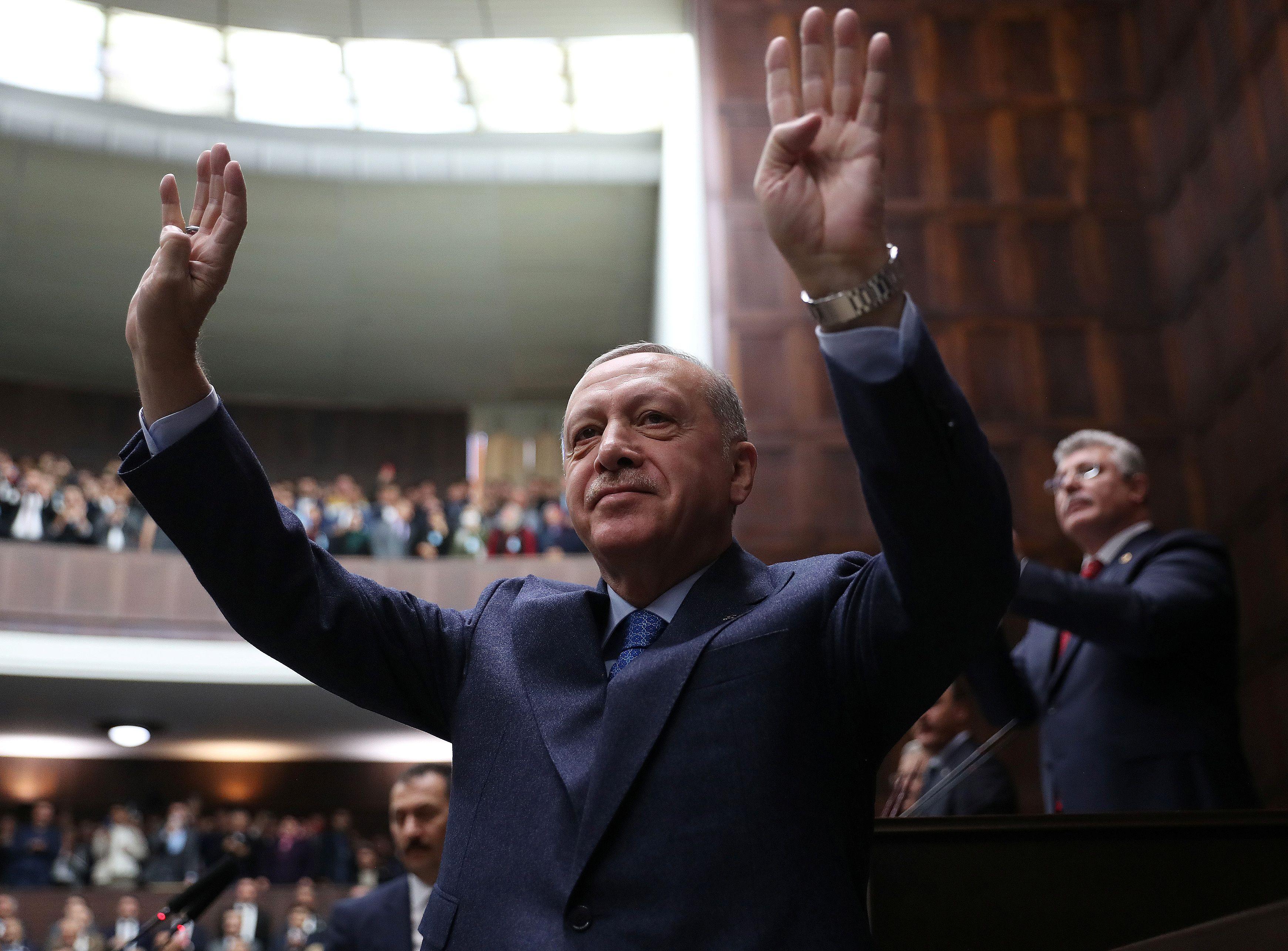 ANKARA (Reuters) – President Tayyip Erdogan appeared in Turkey’s parliament with an extra cameraman on Wednesday – an aide with a thermal camera checking people he met for fever which could be linked to coronavirus.

The aide scanned journalists and politicians who crowded around the Turkish leader as he arrived in parliament on the day that the first coronavirus case was confirmed in Turkey.

Erdogan later told members of his AK Party that Turkey was taking appropriate steps to protect all citizens. “No virus is stronger than our measures,” he said.

A presidential official said the thermal camera could be used in Erdogan’s future public appearances to limit his exposure to coronavirus.

The 66-year-old president has shunned handshakes with dignitaries this week, putting his hand over his heart instead at meetings with European Council President Charles Michel in Brussels and with newly accredited ambassadors in Ankara.

On both occasions he gave a one-word explanation for his actions: “Corona!”

Ferrari Purosangue SUV to be unveiled on 13 September