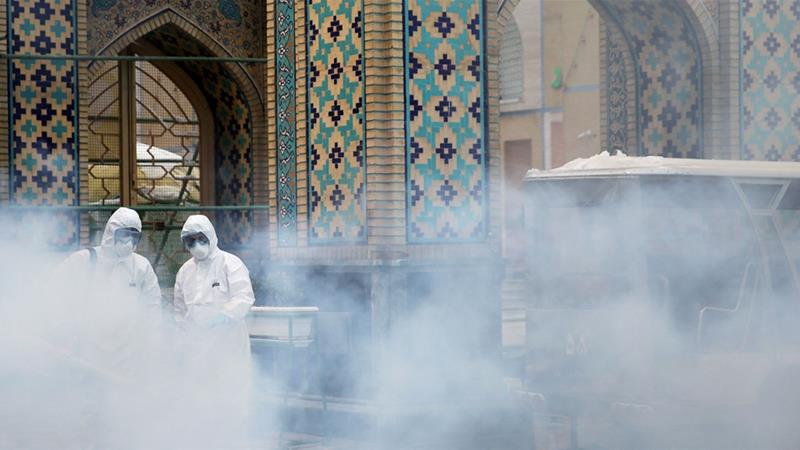 People around the world are avoiding crowded places, cutting back on inessential travel and taking precautionary measures such as working from home to avoid catching the new coronavirus.

Several countries have also urged their citizens to change the way they greet one another, or celebrate certain festivities.

Religious authorities, meanwhile, are advising people how to pray or mark holy days without risking spreading COVID-19 further. The virus, which originated in China, has so far infected more than 93,000 people globally and killed more than 3,000.

Here are some examples of the new measures and advice from Muslim countries, organisations and Islamic sites for worshippers and pilgrims. 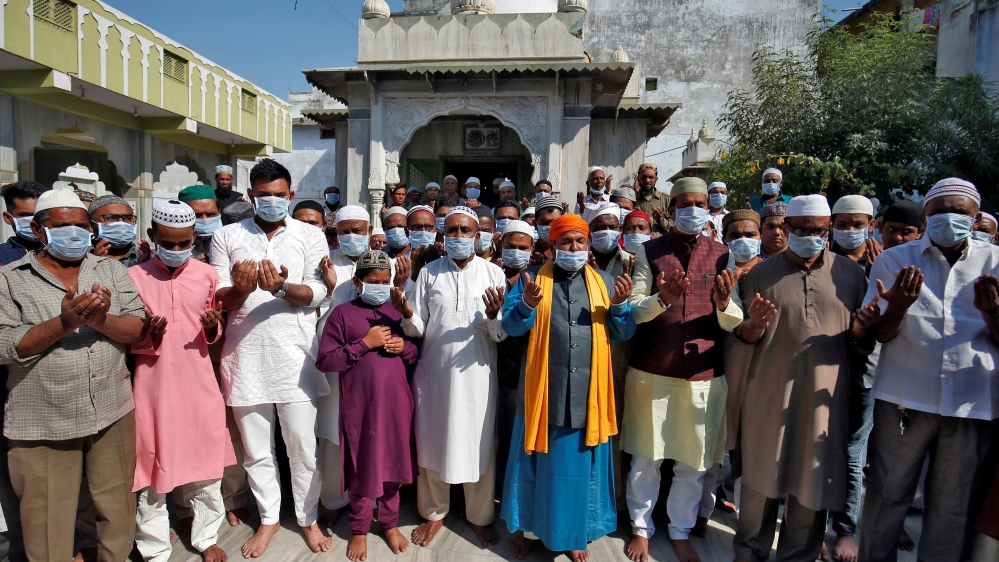 The kingdom on Wednesday banned “Umrah” for residents and citizens, according to the state-run Saudi Press Agency (SPA).

Umrah, which can be completed in a few hours, is a pilgrimage that can be undertaken at any time of year, unlike the much more intensive and time-consuming Hajj – one of the five pillars of Islam performed during a few specific days each year.

The move was in line with the “precautionary measures taken by Saudi authorities to prevent the spread of the virus” in the Gulf state, SPA said.

Last week, Saudi Arabia said it was preventing foreigners from reaching the holy city of Mecca and the Kaaba, the building at the centre of the Great Mosque. It also said travel was suspended to Prophet Muhammad’s mosque in Medina.

This year’s Hajj, which usually brings about three million people to Mecca, is expected to take place from July 28 to August 2. Authorities have not yet announced any restrictive measures; more than 60,000 people have applied to participate in this year’s event already.

The kingdom has two reported cases of coronavirus. 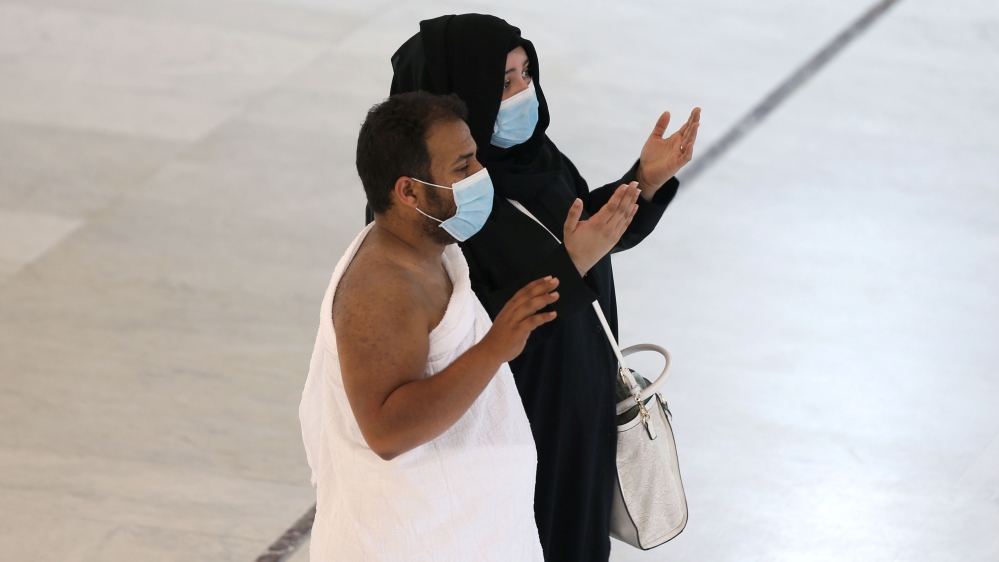 Iran is struggling to contain the virus, with a rising number of cases and deaths each day. As of Wednesday evening, those totalled 2,922 and 92, respectively.

Friday prayers in all provincial capitals have been halted.

“This disease is a widespread one,” Iranian President Hassan Rouhani told his cabinet, according to a transcript. “It encompasses almost all of our provinces and is, in a sense, a global disease that many countries in the world have become infected with, and we must work together to tackle this problem as quickly as possible.” 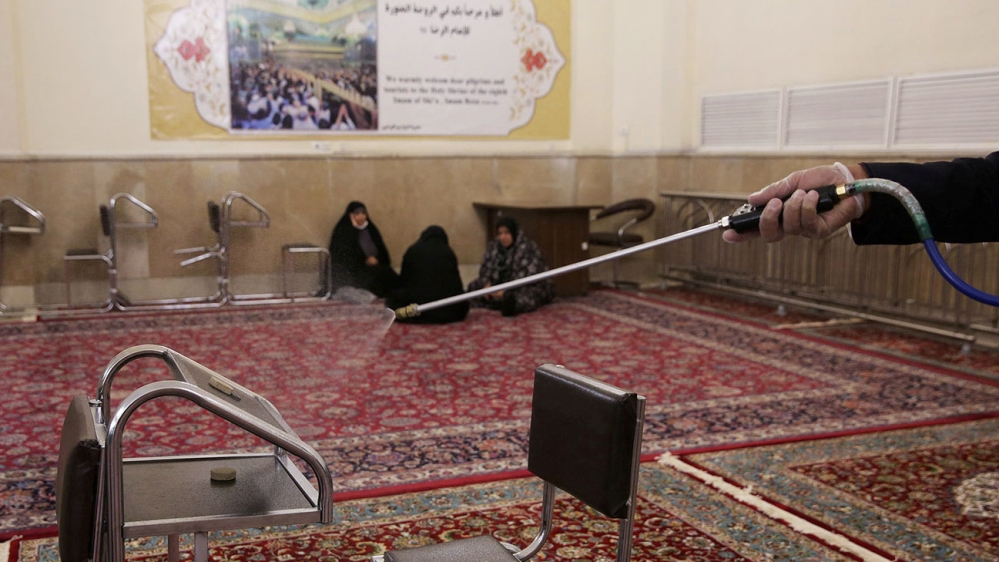 According to The Straits Times, Masagos Zulkifli, a minister in charge of Muslim affairs in Singapore, has advised Muslims to bring their own prayer mats to mosques and refrain from shaking hands with one another.

“In these circumstances, we will not be shaking hands. But if you do, wash your hands, and then make sure you don’t touch your face. This is just a precaution for many of us who always forget that,” he said.

While it remains logistically difficult to take worshippers’ temperatures at mosques, some of which attract thousands of people, Masagos said Muslims should stay at home if they showed any coronavirus symptoms.

There have been more than 100 cases of coronavirus in Singapore, and the majority of patients have recovered.

The Muslim Council of Britain (MCB), one of the United Kingdom’s largest Muslim umbrella organisations, has called on mosques and Islamic schools to “keep your congregations safe”, by following the government’s advice.

“Much of this advice, and an emphasis on cleanliness and hygiene is in line with Islamic tradition. Abu Malik Al-Ash`ari (may Allah be pleased with him) reported that the Messenger of Allah (Peace Be Upon Him) said: ‘Purity is half of iman (faith)’,” MCB said on its website, referring to a saying of the Prophet Muhammad.

It advised madrassas, or schools, to encourage handwashing and said mosques should have enough soap and hand sanitisers available, especially near ablution areas.

The number of people infected in the UK has risen to 87.

Tajikistan, which so far has no reported cases, has suspended Friday prayers.

The Muslim-majority country of nine million has shut its border to neighbours China and Afghanistan as well as South Korea, Iran and Italy.

It is also cancelling celebrations for Nowruz or the Persian New Year, which is celebrated from March 21 to 25.

Can fully-vaccinated Britons visit the US? Rules amid August changes

Six-year-old Zlata is fitted with bulletproof vest in Kharkiv