The head of Germany’s disease control agency has warned that the country faces a “really terrible Christmas” unless steps are taken to counter the sharp rise in coronavirus infections.

“We are currently heading toward a serious emergency,” the director of the Robert Koch Institute, Lothar Wieler, said.

“We are going to have a really terrible Christmas if we don’t take countermeasures now.”

Live COVID updates from UK and around the world 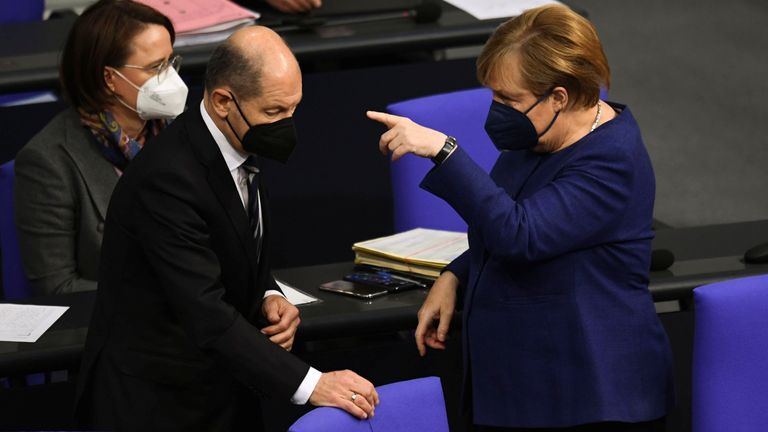 Outgoing chancellor Angela Merkel has called the coronavirus situation in Germany “dramatic” and urged people to get vaccinated ahead of a crisis meeting today.

The nation has been hit hard by a fourth wave of COVID-19, which is currently spreading across Europe.

The institute said on Thursday that 65,371 newly confirmed cases had been reported in a single day, a new record and continuing the upward trend that experts have been warning about for weeks.

“The current pandemic situation in Germany is dramatic, I can’t say it any other way,” Mrs Merkel said on Wednesday.

“The fourth wave is hitting our country with full force.”

Authorities are considering bringing in added curbs to halt the virus, particularly as Germany is lagging behind on jab rates, with nearly 68% of the population fully vaccinated – lower than the average in Western Europe. 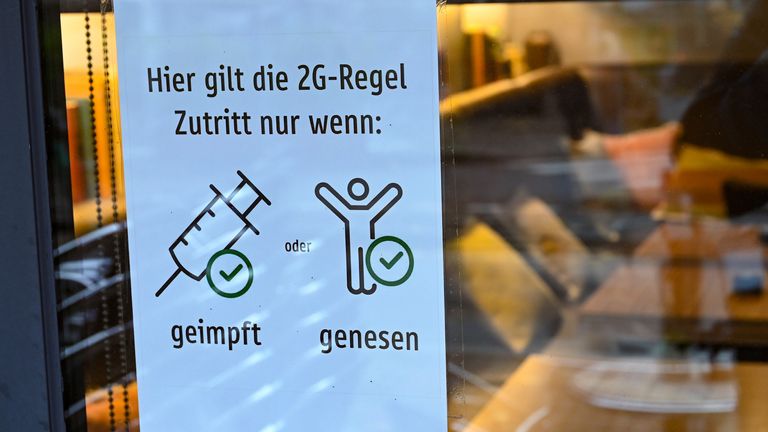 German lawmakers are debating measures on Thursday that would replace the nationwide epidemic rules, which will expire at the end of the month

Mr Wieler has called for the closure of clubs and bars, an end to large-scale events, and access to many parts of public life to be limited to those with vaccine or recovery certificates.

Hospitals across Germany are reaching breaking point, he warned.

“The meeting is overdue,” Mrs Merkel said on Wednesday, adding that she hoped officials would agree on a threshold for imposing additional measures that consider how many people were hospitalised.

“It would be a disaster to act only when the intensive care units are full, because then it would be too late,” she said in a speech to mayors from across Germany.

Mrs Merkel, whose government is operating in a caretaker capacity until a new three-way coalition takes over next month, added: “It’s not too late to decide to get a first vaccination.”

German health minister Jens Spahn has also called on doctors not to be too strict about waiting at least six months before giving patients their vaccine booster shots. 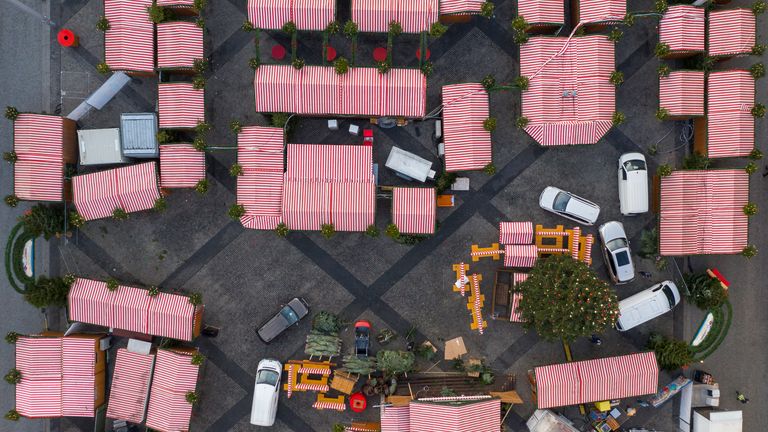 Germany has still had far fewer coronavirus deaths than the UK so far.

The Robert Koch Institute said 294 more people had died in Germany from coronavirus on Wednesday, bringing the country’s pandemic death toll to 98,274.

The UK total stands at 143,360, according to the latest government figures.

Nevertheless, infections have been shooting up in recent weeks, particularly among unvaccinated people, with southern and eastern Germany the hardest hit. 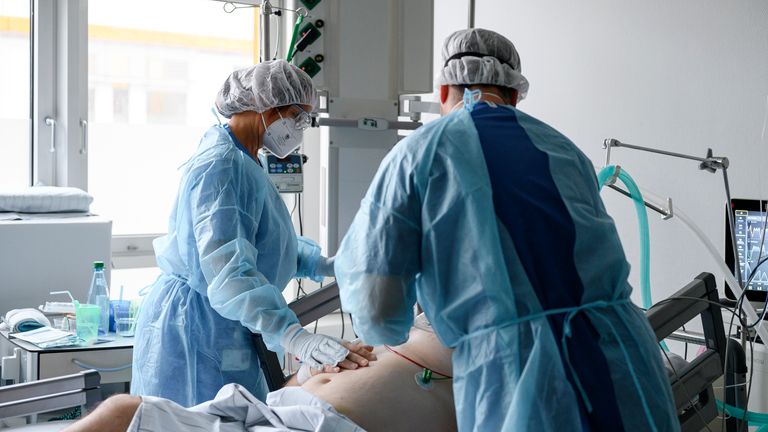 The district of Meissen, near Dresden, reported almost 1,305 new cases per 100,000 inhabitants in the past week.

Saxony state, where Meissen is located, is leading the way in introducing further restrictions for unvaccinated people.

There are plans to introduce new social distancing rules and to require people to show vaccine or recovery certificates to enter all stores except supermarkets and pharmacies.

Saxony has the lowest vaccination rate in Germany, with 57.6% of the population having had a full course, compared to the national average of 67.7%.

North Rhine-Westphalia is due to follow suit, according to The Guardian. Unvaccinated people are to be denied entry to all non-essential facilities and events, including football matches and Christmas markets.

Tesla Extends Delivery Times For All Cars, But Not All Versions

'Smart call': Victoria, NSW to seal border because of coronavirus