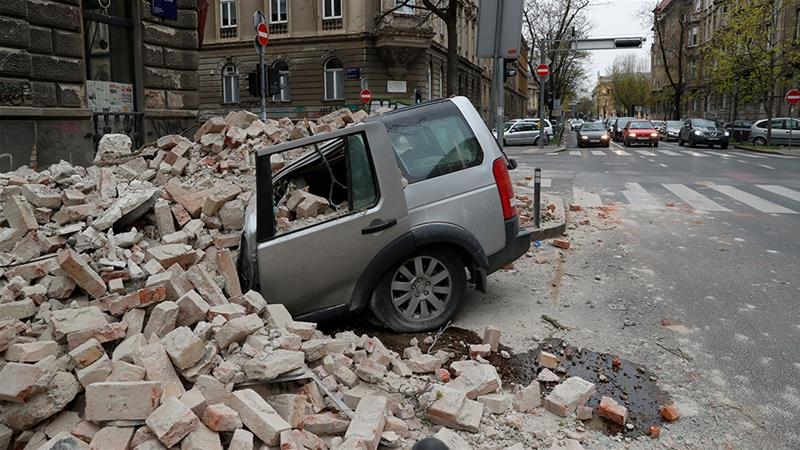 As firefighting and rescue operations were ongoing at several locations across Zagreb on Sunday, news outlets reported that a 15-year-old was in critical condition and others were injured.

GFZ German Research Centre for Geosciences said the quake, which was felt across the Western Balkans, struck at a depth of 10km (six miles). It downgraded the magnitude to 5.3 from an initial reading of 6.0. 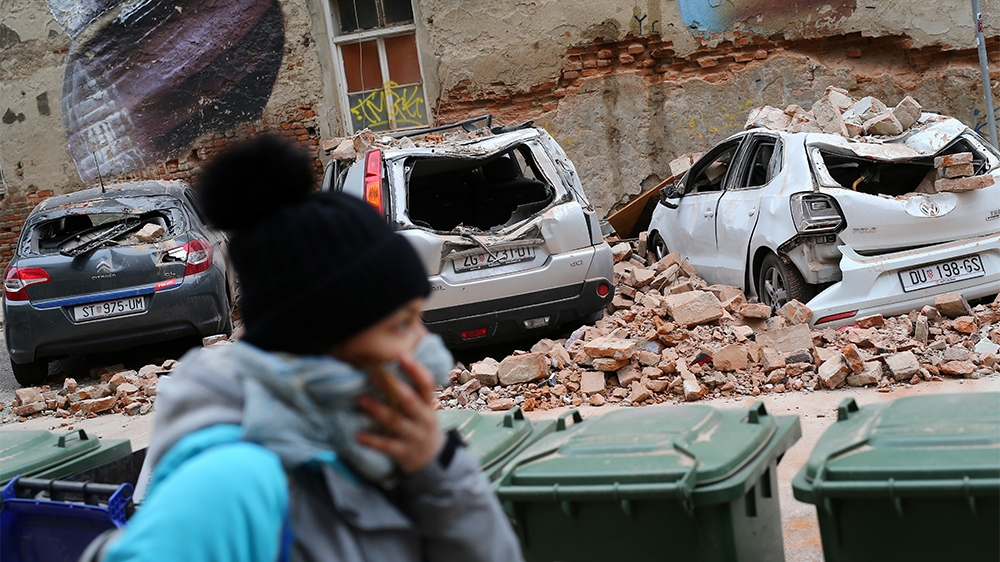 “It lasted over 10 seconds. By far the strongest I have ever felt,” one witness said, adding that it was followed by several aftershocks.

Croatia’s Interior Minister Davor Bozinovic issued an appeal on Twitter for people in the streets to keep a social distance from each other as the country struggles to contain the spread of the coronavirus. So far, Croatia has confirmed 206 cases of the virus and one death.

In Zagreb, people fled apartments and took to the streets while parts of the capital experienced electricity cuts. A church bell tower was damaged and some buildings collapsed, Reuters news agency reported.

Ines Ivancic, a seismologist at Croatia’s government institute for seismology, said the tremor was strong but the immediate damage could not be assessed. She added that the internet was down in some areas.

The US Geological Survey said the quake measured 5.4, while the European Mediterranean Seismological Centre (EMSC) also reported a 5.3 magnitude, followed by another 5.1 magnitude earthquake. 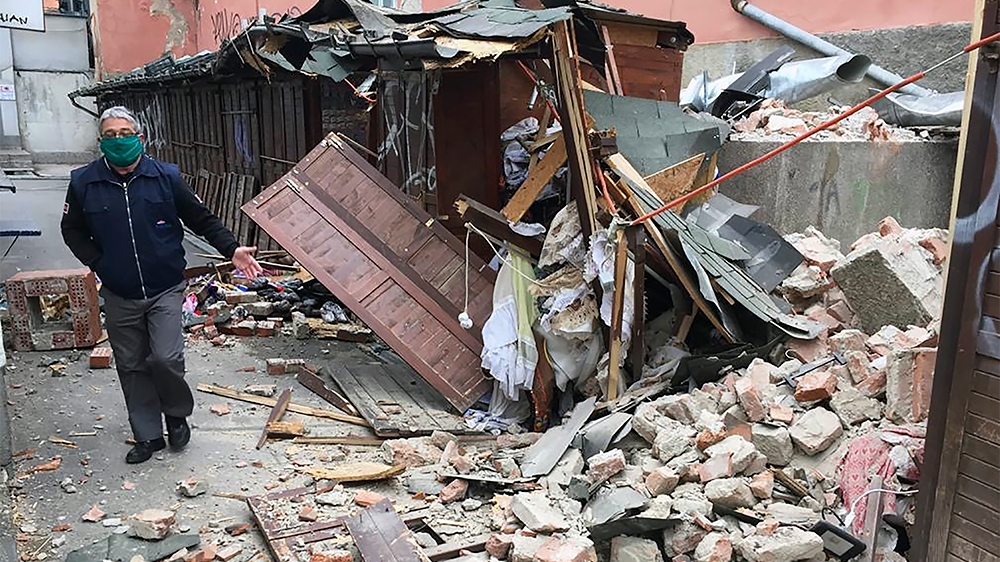