BUDAPEST (Reuters) – A ship captain involved in the worst accident in more than half a century on the Danube River went on trial in Hungary on Wednesday over the crash in Budapest that killed 25 South Korean tourists and two Hungarian crew last year. 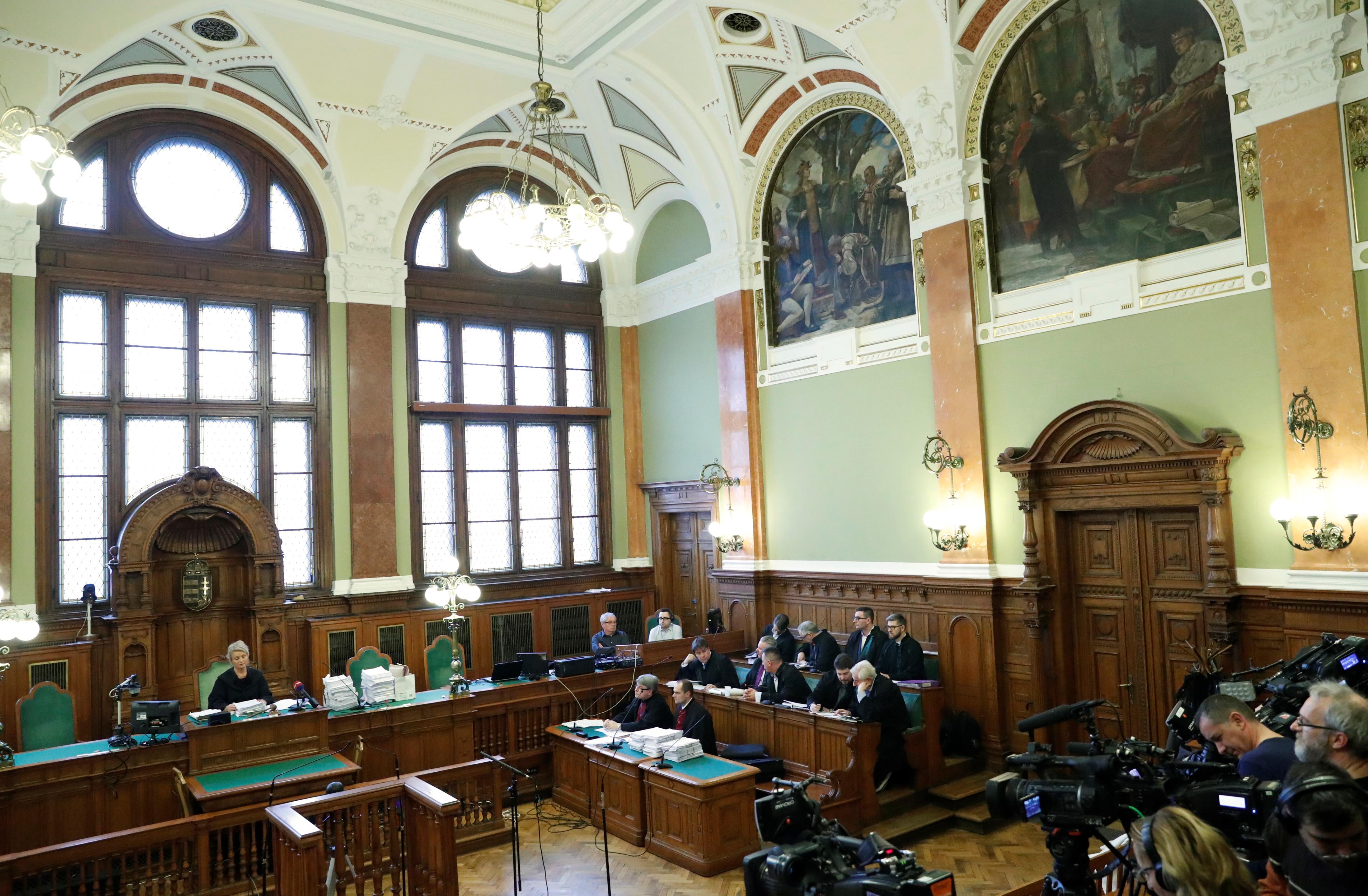 Yuri Chaplinsky’s cruise liner, the Viking Sigyn, hit a smaller tourist boat, the Mermaid, under a bridge in the capital during torrential rain on May 29. All 27 victims were from the Mermaid, which sank within seconds of the crash.

Hungarian prosecutors on Wednesday charged Chaplinsky, a Ukrainian from Odessa, with one count of gross negligence leading to an accident with mass casualties. They also charged him with failing to provide assistance to those aboard the Mermaid, saying he did not immediately order his crew to assist them as the boat sank.

Chaplinsky, 64, had a window of several minutes to slow or steer his ship to avoid the collision, prosecutor Miklos Novaki said. Despite the downpour, there was visibility of over a kilometer, he added.

“For at least five minutes … the defendant failed to focus on steering the ship, including locating other possible vessels under the bridge,” Novaki told the court. “He did not sense the Mermaid’s presence, did not radio or send out emergency sound signals.”

The prosecutors asked the Budapest court to impose a nine-year prison sentence on the captain and strip him of his boating license for an additional nine years, if he pleaded guilty to the charges and forewent a trial.

Chaplinsky, who has denied wrongdoing, rejected the prosecution’s offer on Wednesday and said he wanted a trial. He did not comment further.

“At the moment I am not ready to make a statement,” he told the court.

River boats, from 100-room luxury liners to smaller, rickety vessels have become common sights in Budapest as tourism has boomed in recent years.

Chaplinsky had worked on the river for more than 40 years, 30 of them as a ship captain. Prosecutors formally charged him in November.

The collision turned the Mermaid crosswise in front of the much larger Viking cruiser, and it sank within about 30 seconds, according to video footage released by police last year.

Seven survivors were rescued from the river, but one woman is still missing.

The cruise liner’s owner, Swiss-based Viking Cruises Ltd, has said it is cooperating with Hungarian investigators.