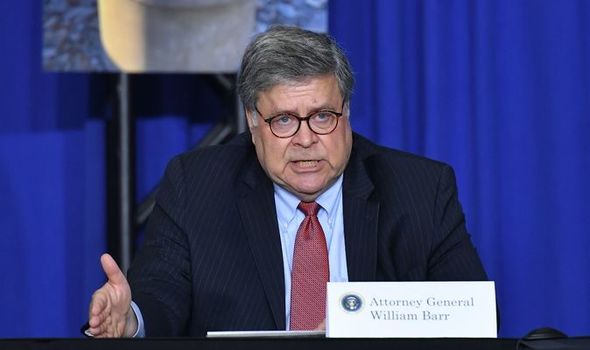 Donald Trump announced the news on Monday in an unexpected tweet as he praised his relationship with Mr Barr.

He wrote: “Just had a very nice meeting with Attorney General Bill Barr at the White House.

“Our relationship has been a very good one, he has done an outstanding job! As per letter, Bill will be leaving just before Christmas to spend the holidays with his family…

“Highly respected Richard Donoghue will be taking over the duties of Deputy Attorney General. Thank you to all!”