Donald Trump has been made an honorary black belt by the South Korean president of taekwondo – despite never having practised the sport.

The former president was handed the honorary rank by president Lee Dong-sup at his home in Mar-a-largo, Florida.

He was given an honorary ninth dan certificate – the highest level in the sport. 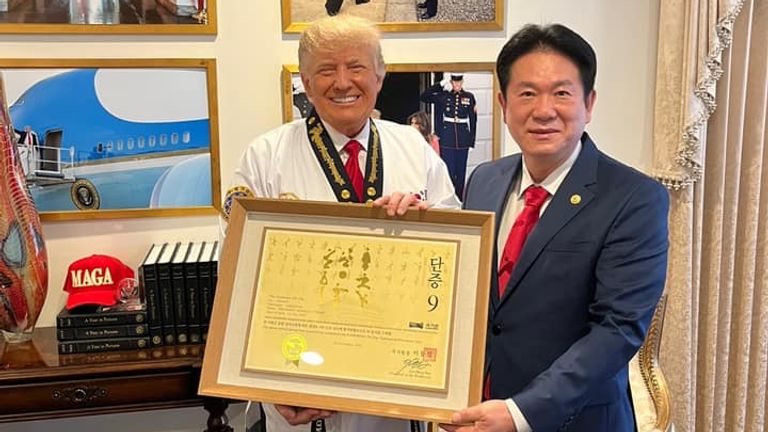 The sporting body wrote on its Facebook page that Mr Trump said upon receiving the award: “It is my honor to receive Honorary Dan Certificate and I think Taekwondo is magnificent martial art for self-defense.

The organisation added that the ceremony was “not related to any other political issues”.

The award means he now has the same rank as Russian President Vladimir Putin, who was made an honorary ninth dan in 2013. President Putin had also not practised taekwondo at the time of the award. 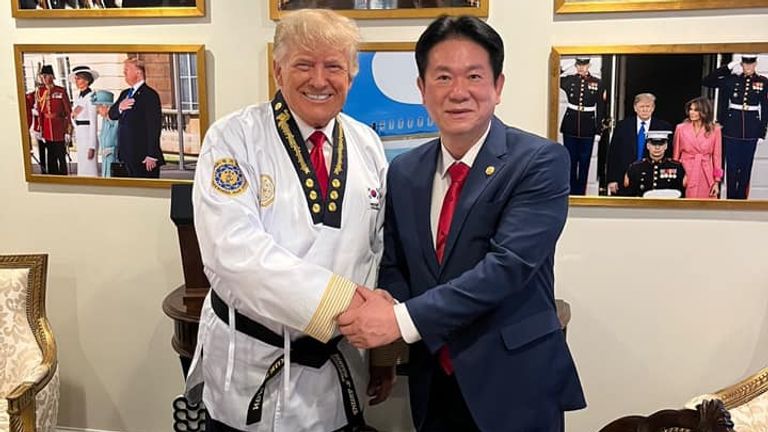 This means both now rank higher than US martial artist Chuck Norris, who is an eighth dan black belt.

The news has been criticised by some, with one Twitter user writing: “As someone who actually earned their blackbelt in TKD, I’m not happy about this. 9th degree is grandmaster rank. Unbelievable.”

The walls of Mr Trump’s office were adorned with photographs of his time in office – including when he met the Queen, shaking hands with Kim Jong Un, and an image of him and Melania walking to greet the Prince of Wales and Duchess of Cornwall in June 2019.

It Was an All-Star Weekend for the Bride and Groom