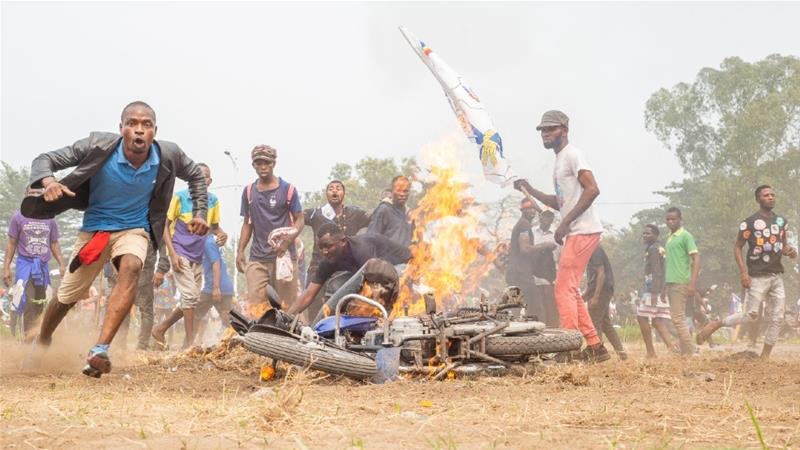 At least three people have been killed in the Democratic Republic of the Congo (DRC) as protests in several cities against the nomination of an election commission head turned violent.

Police on Thursday used tear gas to disperse thousands of supporters of President Felix Tshisekedi and democracy campaigners as they rallied through the streets of the capital, Kinshasa, as well as Lubumbashi, Goma and several smaller towns.

The United Nations Joint Human Rights Office (UNJHRO) said it was “concerned about the use of lethal force by law enforcement” which led to the death of two protesters – one in Kinshasa and one in Lubumbashi, and the wounding of others.

A police officer also died during the clashes in Kinshasa while public and private property – including political parties’ offices – had been attacked and set ablaze, it added.

A UN source was quoted as saying by AFP news agency that the “policeman was lynched after firing on the demonstrators” while several other officers were injured.

In Kananga, a stronghold for Tshisekedi’s Union for Democracy and Progress (UDPS), three protesters suffered gunshot wounds, according to AFP. 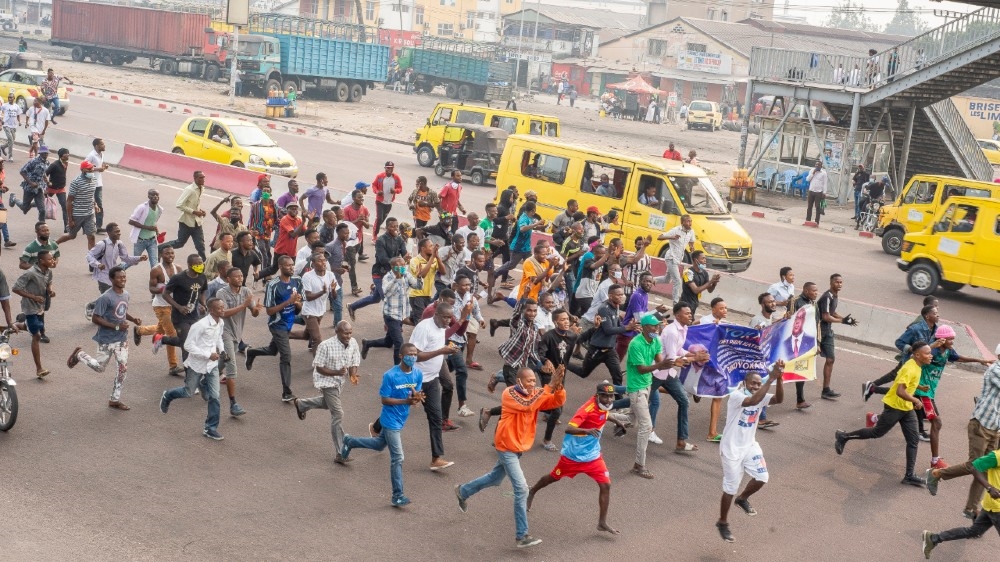 The protests were triggered by plans to appoint of Ronsard Malonda as the president of the Independent National Electoral Commission (CENI).

Malonda’s nomination was ratified last week by the National Assembly, which is dominated by former President Joseph Kabila’s supporters, but Tshisekedi has yet to sign off the decision.

The president’s supporters accuse Malonda of being close to Kabila, who stepped down after 18 years in office but still wields extensive political influence through his parliamentary majority and control of most cabinet ministries.

Kabila’s political alliance denied in a tweet they had anything to do with Malonda’s nomination, and said responsibility for the appointment rested with civil society and religious organisations. 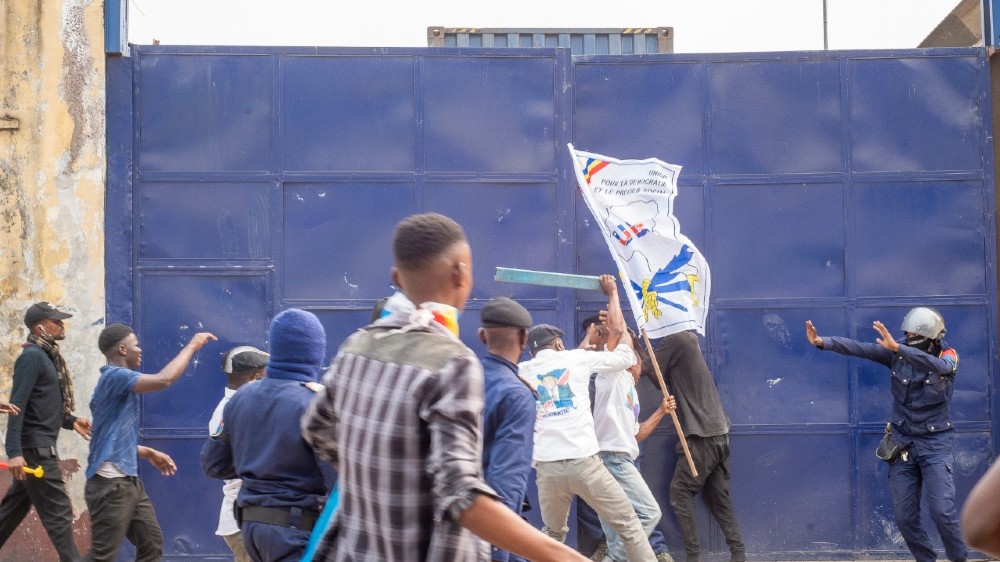 Tshisekedi, who has to govern in a fragile coalition with Kabila’s supporters, took office in January 2019 in the country’s first peaceful political transition.

But he did so after elections rocked by accusations that the results were rigged to deny Tshisekedi’s rival, Martin Fayulu, victory.

The latest demonstrations reflect increasing tensions within the governing coalition which shaked once again at the end of June when the president proposed controversial judicial reforms which critics say was a ploy to muzzle the judiciary.

Further protests have been called for July 13 and 19.