ECB President Christine Lagarde announced a huge bond-buying programme this week worth £680billion as she looked to stimulate the European economy amid the coronavirus crisis. But the move may cause division in the bloc, according to Professor Iain Begg of the London School of Economics. He told Express.co.uk: “In political terms there has been a strong resistance, especially from Germany and some of the other creditor countries inside the eurozone to this action by the European Central Bank.

“It was very much seen in the days of Mario Draghi (former President of the ECB) as something he was doing as it suited Italy, and was against German ethos of having monetary stability.

“So you might see that kind of objection resurfacing not immediately, but a few months down the line you could see opposition to what Christine Lagarde did from German sources.”

Professor Begg highlights that relations in Europe on the economic front are still not completely healed after the 2008 financial crash and the subsequent crisis in the euro.

The Greek financial crisis, for example, erupted in 2009 when the worldwide recession of 2008 triggered further weakness in the Athens economy. 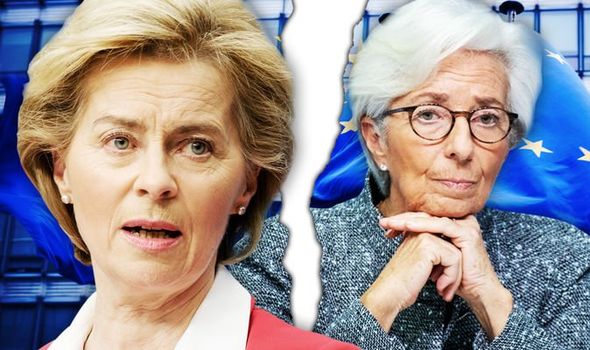 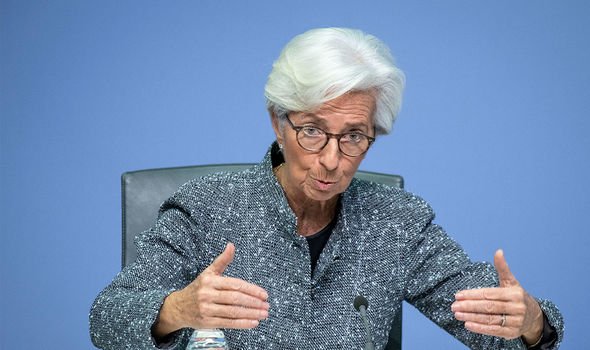 Despite austerity measures, Greece required huge bailout loans in 2010, 2012, and 2015 from the International Monetary Fund, Eurogroup, and European Central Bank.

Portugal, Ireland, Spain and Cyprus were also unable to repay debts without the assistance of other countries, the European Central Bank, or the International Monetary Fund.

As a result, Professor Begg tells Express.co.uk some in the central banking sphere are not in favour of more drastic quantitative easing.

He said: “There are two things going on here. One is for several months now the central bankers have been saying ‘we’ve done our bit!’

“Not just in relation to the health crisis, but also dealing with the slowing down of the economy after 2008. 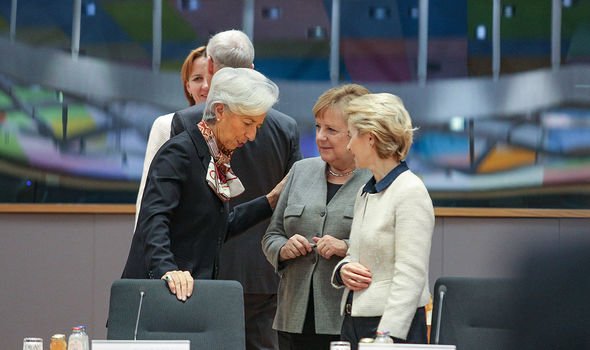 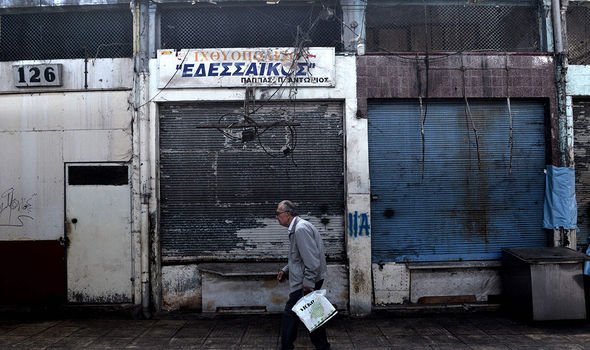 “But the fiscal authorities – state governments – have been deficient in what they have done, they haven’t stimulated the economy appropriately.

“You had calls from Draghi when he left office last year saying ‘we must do more on fiscal policy’ and Lagarde has continued that theme.”

The economics expert from Chatham House also claims that there is disagreement in the EU as to whether the bloc should respond as one or on a national level to the coronavirus economic crisis.

Professor Begg continued: “There is also a debate on the fiscal side on whether it should be at the member state level or the Europe collectively needs more of a federal budget to be used for stabilisation processes.

DON’T MISS:
Coronavirus news: China ‘not out of woods’ yet as WHO reveals concern [INSIGHT]
Coronavirus: Likely origin of virus revealed in study [ANALYSIS]
Use Microsoft Word for free to work from home during COVID-19 pandemic [INSIGHT] 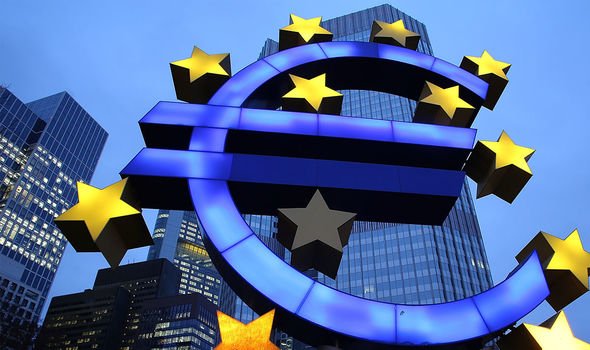 “Say that expression to anyone in Germany and they just roll their eyes and say: ‘No way are we going to allow a macroeconomic budget at European level because it will just be exploited by the feckless Southern Europeans.’

“There is a clear sentiment in Europe that they need to pull together on this.

On the other hand, the other problem is you will see a resurfacing of concerns by those who think European actions have gone too far.

“But it may also be the case that petty squabbles will be be put aside, leaders will say ‘why are we arguing about this, we are in a crisis.'”

Spirit Yourself Away for a Sip or Two