Local authorities have warned that the “monster octopus” fires are “no longer controllable”. In a fire that has been raging since last week in Gironde, France, 47,000 acres of land have been scorched. As a result, 37,000 people have been evacuated.

The French government confirmed that it successfully evacuated the majority of the animals from the zoo, but that a dozen “unfortunately did not survive the high heat and stress”.

A total of 8,000 people were evacuated from the area on Monday.

More than 1,700 firefighters and nine aircraft have been called in to battle the blaze.

Thick smoke produced by the fire is currently posing a threat to Bordeaux vineyards. 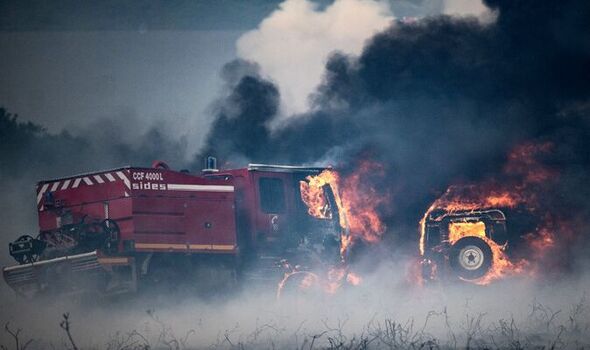 This came as temperature records were broken in France, with the hottest day of the heatwave so far being seen on Monday.

Speaking about the fires, Gironde prefect Fabienne Buccio warned that “these figures are going to worsen in the coming hours”.

Speaking to the BBC, he added: “It’s a monster and it’s very difficult to fight against it.” 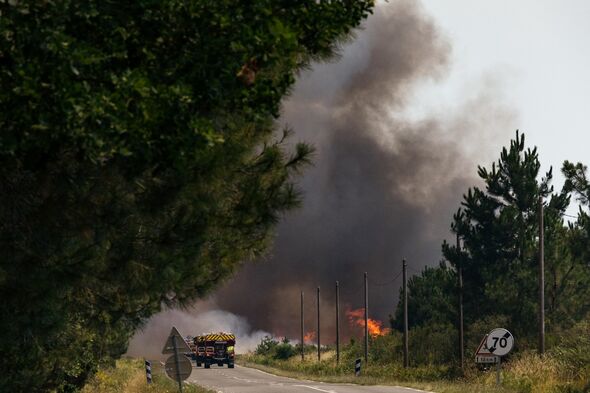 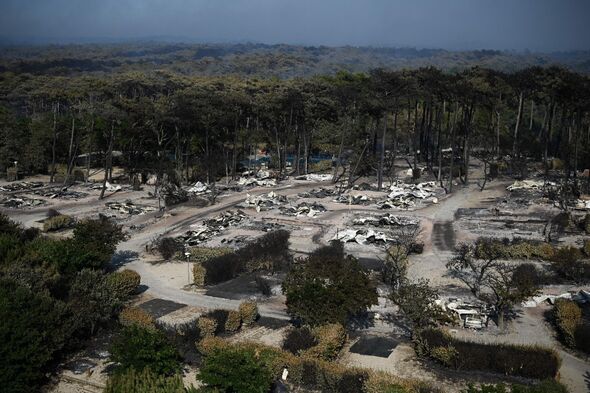 Sebastien Lahaye, a former firefighter and coordinator with European projects on fire management, agreed, telling FranceInfo: “These fires are no longer controllable.

“The only way for the fires to stop sustainably is a change in weather conditions.”

Spain and Portugal have also been rocked by fires, with almost 600 heat-related deaths being recorded across the two countries.

Meanwhile, fires have burnt thousands of acres in Galicia, Castille and Leon, Catalonia, Extremadura and Andalusia.

The entire country is facing an extreme fire risk.

More than 173,000 acres have burnt in Spain so far this year, the worst year of the past decade.

And last month, a wildfire in Sierra de la Culebra, Castille and Leon, scorched about 74,000 acres of land.

The UK was also hit by extreme fires yesterday on the hottest day the country has ever recorded. 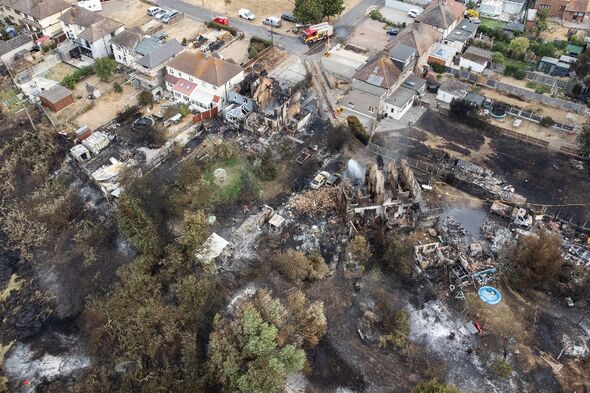 A ring of fires around London caused a major incident to be declared in the capital.

London mayor Sadiq Khan said yesterday was the “busiest day for the fire service in London since the Second World War”.

He continued: “On a normal day, the fire service receives, roughly speaking, 350 calls on a busy day. Yesterday they received more than 2,600 calls.”

A total of 41 properties were destroyed in London and 16 firefighters were injured.