Angela Merkel is scrambling to protect the so-called engine of Europe, the German economy, amid growing concerns over a deep recession. The ongoing coronavirus crisis has sparked panic amongst German businesses, which was already suffering from sinking growth rates in the country. In an interview this week, the head of the country’s influential IFO institute, Clemens Fuest, said a recession was likely to strike Europe’s most powerful economy due to the coronavirus crisis.

A German recession would potentially drag down the entire eurozone economy, which relies heavily on Berlin.

Countries such as Italy, which has been placed on an unprecedented nationwide lockdown, is also likely to sink into recession.

The leading eurozone economies had already been crippled by the ongoing Brexit deadlock as well as the US-China trade tensions.

More than 2,000 Coronavirus cases were confirmed in Germany as of Thursday in the late morning 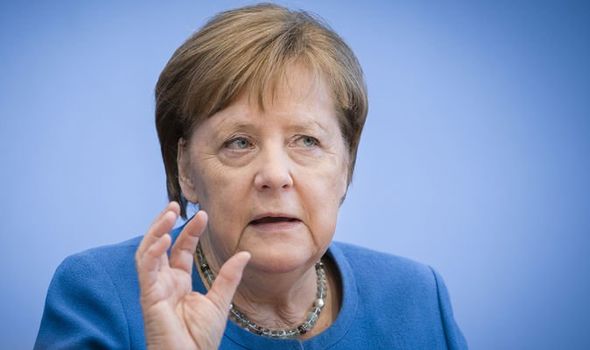 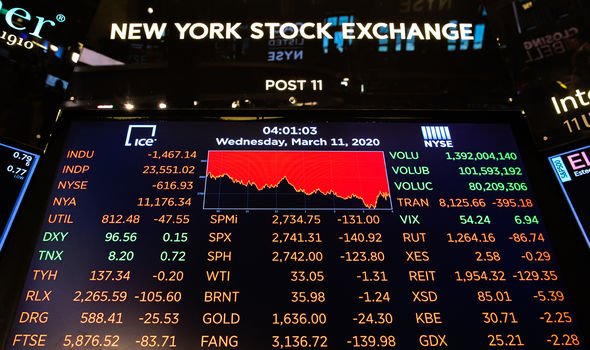 He added: “We are preparing for the worst. We feel the restrictions everyday.”

One German businessman Mathis Menzel told France24 that he will “lose millions of euros if this continues”.

Angela Merkel herself is facing pressure for her handling of the crisis, with many insisting she should have shut down schools and acted earlier. 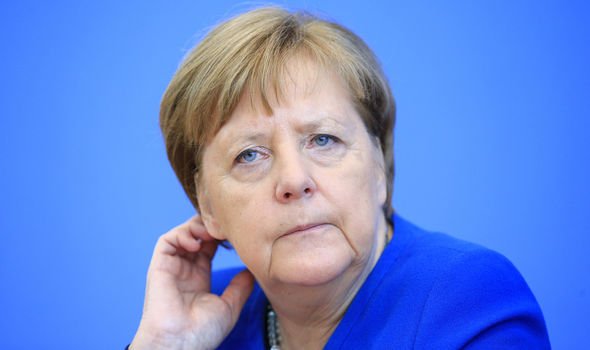 Earlier this week, Mrs Merkel warned that up to 70 percent of the country’s population – some 58 million people – could contract the coronavirus.

The alarming warning followed the German Chancellor claim that the focus was on “slowing the spread of the crisis”.

She also vowed to do “whatever is necessary” and signalled that Berlin was ready to show flexibility on its longstanding commitment to balanced budgets. 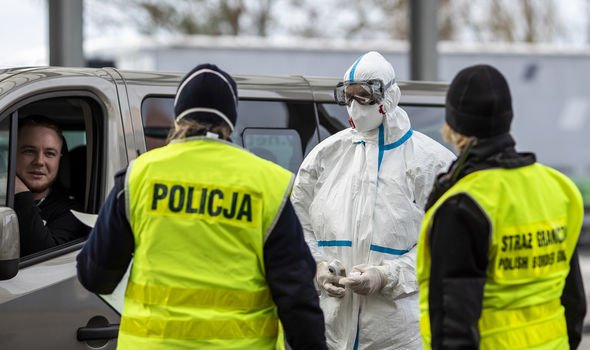 She said: “We will not ask ourselves every day what this means for our deficit. This is an extraordinary situation.”

The France24 host said: “If it gets worse, it will get very difficult for the German economy.”

Mrs Merkel’s Christian-Democratic Union (CDU) cancelled its party congress at which is was going to elect a new party leader amid the coronavirus fears.

On Thursday, New York trading halted for 15 minutes after the Dow Jones fell almost 6 percent on opening in Wall Street.

The S&P 500 opened about 4 percent lower, while the Nasdaq dropped almost 7 percent at the opening bell.