PARIS (Reuters) – France put its 67 million people under lockdown on Tuesday, in an unprecedented act during peacetime, and said it was ready to nationalise big companies suffering from the financial turmoil created by the deepening coronavirus crisis.

Drafting in the army to help transport gravely ill people and ordering border controls, President Emmanuel Macron late on Monday said citizens could leave their homes only to buy food, go to work, seek medical care or get some exercise on their own.

In Paris, police patrolled eerily quiet boulevards, stopping drivers and pedestrians and demanding that they present an interior ministry document justifying their movement. The form can be downloaded on the ministry website and citizens can present an electronic version on their smartphones.

“It’s like the holidays in August,” said flat caretaker Slavjanka Stankovic. “There’s only pigeons and police out there on the Place de la Republique!”

France follows neighbouring Italy and Spain in introducing drastic curbs on public life in response to the coronavirus pandemic. France’s death toll from the coronavirus has reached 148 and a total of 6,600 people have been confirmed infected.

Macron’s government is deploying more than 100,000 police officers nationwide to enforce the restrictions. Those who breach the conditions will be fined, although police were showing leniency in the first hours of the lockdown on Tuesday.

Hours before the lockdown took effect, Parisians rushed in large numbers to train stations or took to the roads to escape the capital. Those who stayed behind descended on supermarkets and pharmacies, even though these were due to remain open.

“Better to be there than couped up in the apartment,” he said one pensioner who gave his name only as Jean-Yves and said he was fleeing to his country house west of Paris. 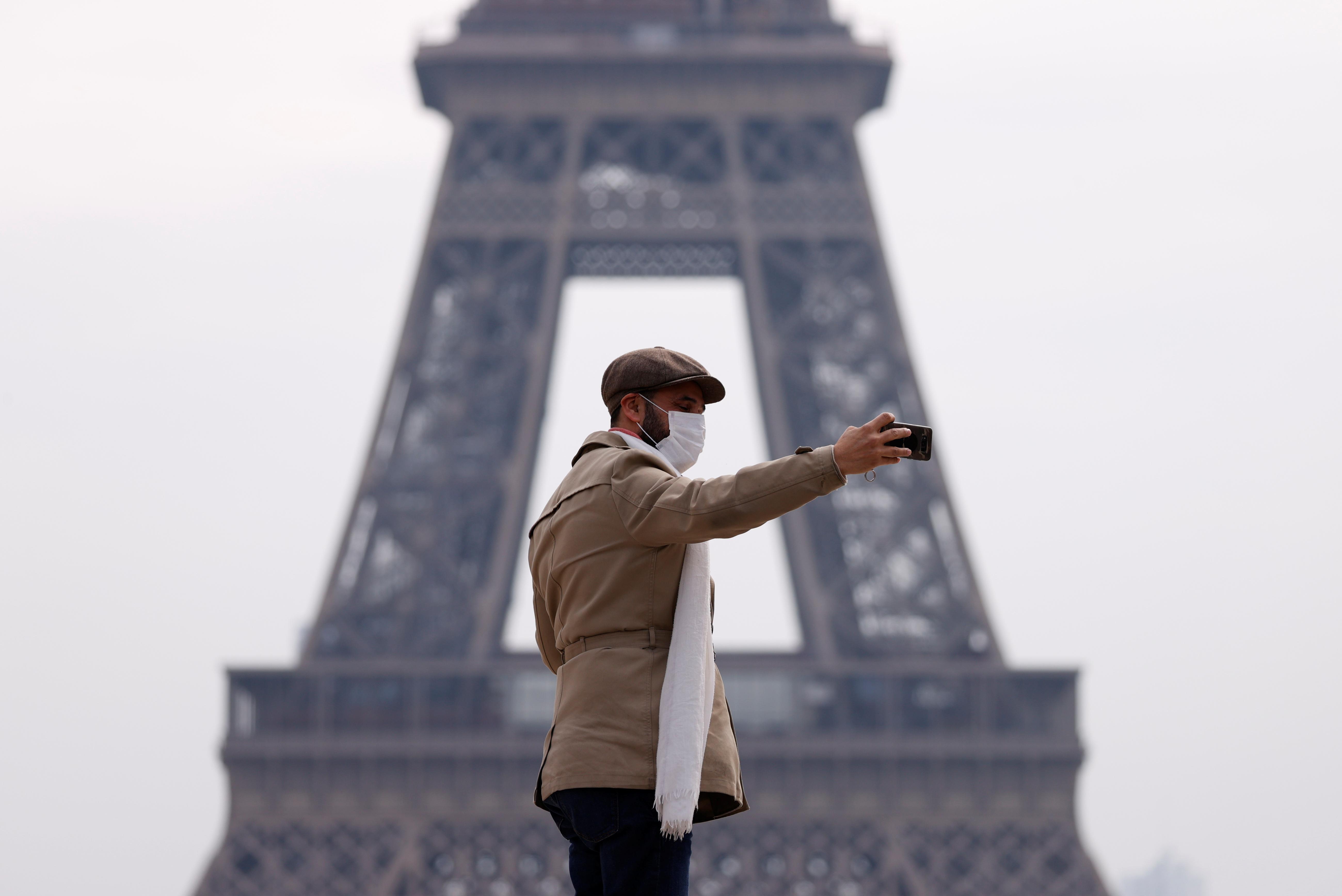 The Paris exodus drew dismay from some in provincial France, where many fear city-dwellers will bring the virus with them and accelerate its spread.

“Parisians are fleeing the city and will infect the provinces, just to be confined in the open air. This exodus is unthinkable, selfish and a ticking time-bomb,” one Twitter user wrote.

As in many other European countries including Italy, Germany and Spain, schools are closed, restaurants and bars shuttered up, and factories idle.

Le Maire said the unexpected strain on public finances meant he would have to tear up his 2020 budget. With the economy now forecast to shrink 1%, the state deficit is expected to blow out to 3.9% of gross domestic product from a target of 2.2%.

The lockdown will last at least two weeks, Macron said.

In some supermarkets shelves were empty of flour, pasta and long-life milk. A Monoprix supermarket near the Eiffel Tower store had marked out one-metre intervals in tape at the tills to remind customers to keep distance from one another and sought payment by card, not cash to minimise infection risk.