Funerals have been held for two girls hit by stray bullets in Brazil – whose families fear they were killed by military police.

Emily dos Santos, four, and her cousin Rebeca dos Santos, seven, were shot on Friday evening as they played outside their homes in Duque De Caxias in the Rio de Janeiro metropolitan area.

Emily was hit in the head, while Rebeca was struck in the abdomen. 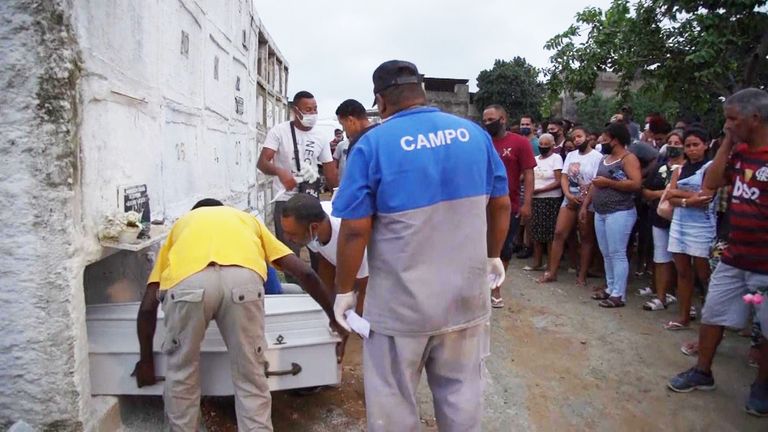 They are the seventh and eighth children under 12 to die after being hit by stray bullets in the area this year, according to non-governmental organisation Fogo Cruzado, or Crossfire.

Emily’s father, who cemented her grave shut with his own hands, said: “I’m burying my daughter, who hasn’t lived at all.”

Cries of “justice” were heard at their funerals at Rio’s Nossa Senhora das Graças Cemetery.

Lídia da Silva Moreira Santos, who was Rebeca’s grandmother and Emily’s aunt, said she saw police shooting towards the community where the families live when she arrived home from work at about 8pm on Friday.

Another relative, Ana Lúcia Alves de Souza, 51, denied there had been an exchange of gunfire with police.

“What is their preparation that the police cannot distinguish between an adult and a child?” she said.

“There was no exchange of gunfire. Emily was shot in the head.” 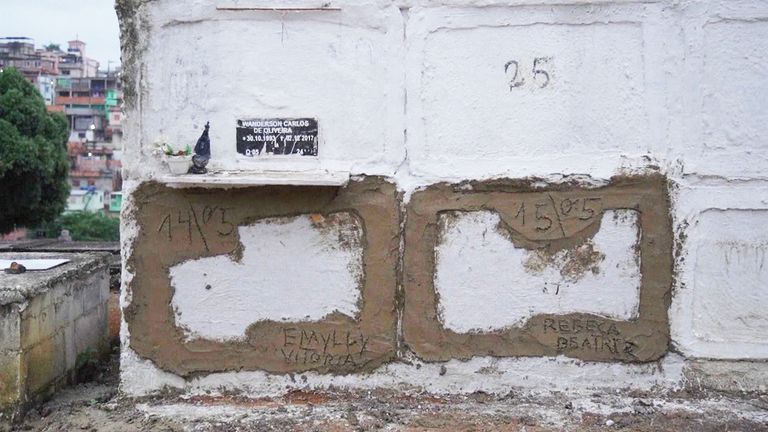 Military police denied firing shots, and said an investigation would be carried out.

“A police team from the 15th Police Battalion was on patrol when gunshots were heard and the team continued on the move,” they said.

A further 14 children have also been hit by stray bullets this year – but not fatally, Fogo Cruzado said.