BERLIN (Reuters) – Germany will step up surveillance of a radical wing of the far-right Alternative for Germany (AfD) party after the domestic intelligence agency designated it as an extremist entity that threatens democracy. 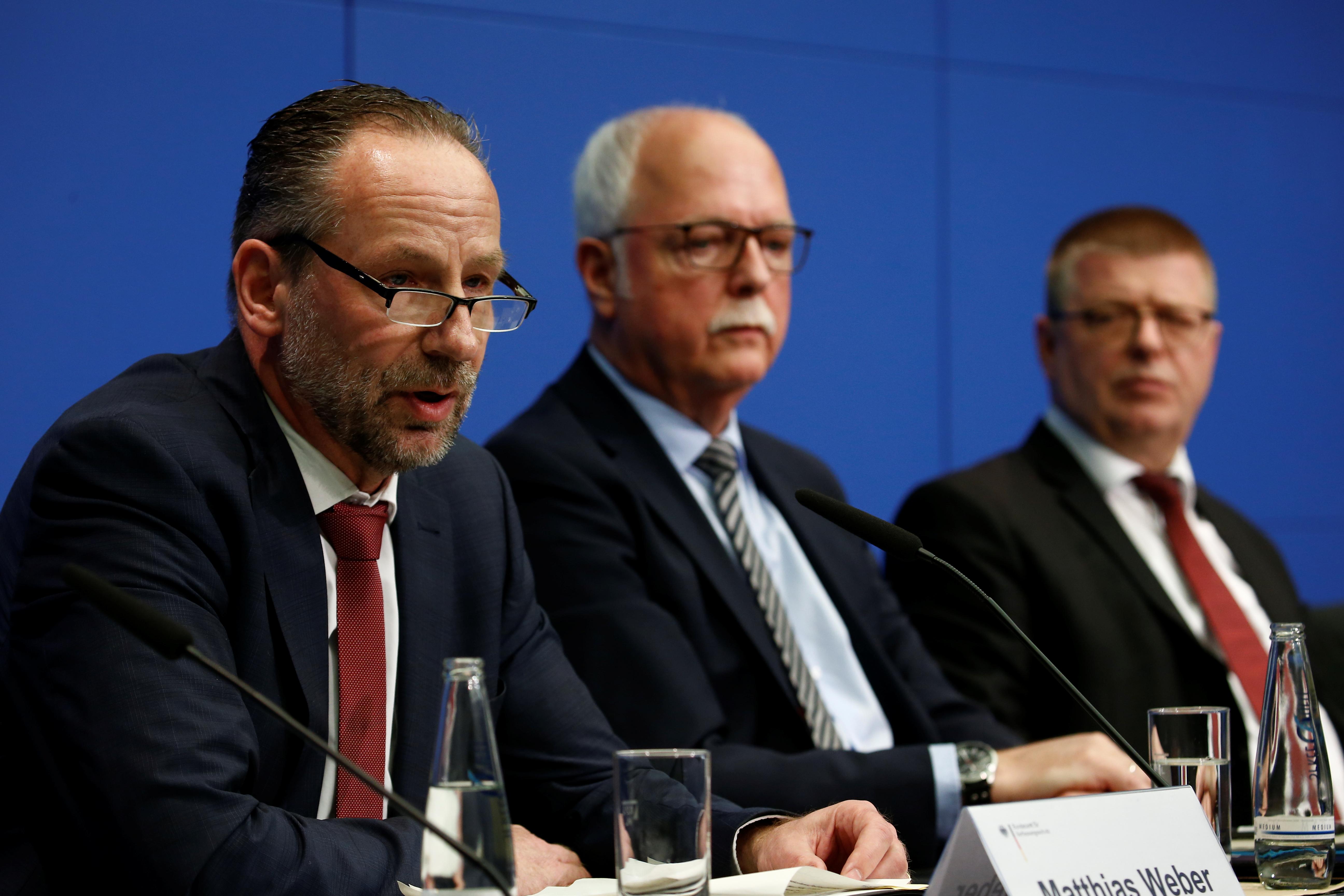 Thursday’s decision by the BfV intelligence agency to increase monitoring of “Der Fluegel” – The Wing – deals a blow to Germany’s biggest opposition party, undermining its efforts to fend off accusations that it harbors racist views.

The AfD has ridden a wave of anger at Chancellor Angela Merkel’s 2015 decision to welcome almost 1 million asylum seekers, and the BfV decision follows fatal attacks on Jews, Muslims and a liberal politician in Germany.

“Today I inform you that The Wing has been upgraded to an extremist entity,” BfV chief Thomas Haldenwang told a news conference, calling its leaders “right-wing extremists.”

The Wing, which is headed by Bjoern Hoecke, the AfD’s leader in the eastern state of Thuringia, had already criticized the decision to conduct a 14-month review of its activities. Another of its leaders, Andreas Kalbitz, dismissed the BfV’s conclusions on Thursday as politically motivated.

“This is no surprise because the political decision was made long ago even though it is groundless and motivated purely by political considerations,” Kalbitz said. “We will exhaust all judicial means available to fix this mistake.”

Hoecke has condemned an attack at shisha bars in western Germany last month by a racist gunman who shot dead nine people before killing his mother and himself. He also condemned attacks in October by an anti-Semitic gunmen in the city of Halle against a synagogue and a kebab restaurant that killed two.

Hoecke issued a statement with other AfD officials on Wednesday clarifying earlier comments about foreigners and the Holocaust that had caused controversy, apparently in anticipation of the BfV findings.

The deadly attacks shattered Germans’ sense of security, renewed fears of far-right violence and prompted mainstream parties to accuse AfD politicians of contributing to an atmosphere of hatred that encourages violence.

An investigation against the AfD as a whole is still under way. Haldenwang said the BfV estimates 20% of the AfD’s 35,000 members belong to The Wing.

The designation of The Wing as extremist enables the BfV to deploy additional espionage methods to monitor its activities.

Haldenwang said the agency estimates that some 20% of AfD’s 35,000 members belong to The Wing.

Joachim Seeger, which heads the BfV division for far-right extremism, denounced what he said was a racial purity agenda among some of The Wing’s leaders that excludes non-Europeans, especially Muslims.

“State organs must at the same time investigate how big The Wing’s influence is within the AfD,” said Charlotte Knobloch, a member of the Jewish community in Munich. “The whole party should be monitored given that it enters elections as one and poses a threat to democracy.”

The decision could renew a debate in the AfD about Hoecke’s growing influence in the party.

“Hoecke must ensure that The Wing draw a clear line between itself and extremists,” said AfD Berlin lawmakers Georg Pazderski.