Germany saw a daily record of new coronavirus cases on Friday at 23,542 just days after the country erupted in protests over the planned tightening of restrictions. Demonstrators carrying banners which read “Merkel must go, democracy must stay!” gathered at Berlin’s landmark Brandenburg Gate where they were met by police with water canons in anti-lockdown clashes.

The country is currently in a partial lockdown with gyms and entertainment venues closed under the latest restrictions, with the Chancellor’s team expected to meet on Monday to discuss whether this closure has helped to halt the spread.

Christmas markets and Germany’s carnival season – which should have started earlier this week – have also all been cancelled under the current rules.

Angela Merkel was in discussions to extend the restrictions beyond the end of the month.

Government spokesman Stefan Seibert said measures “were not expected to be relaxed” by next week. 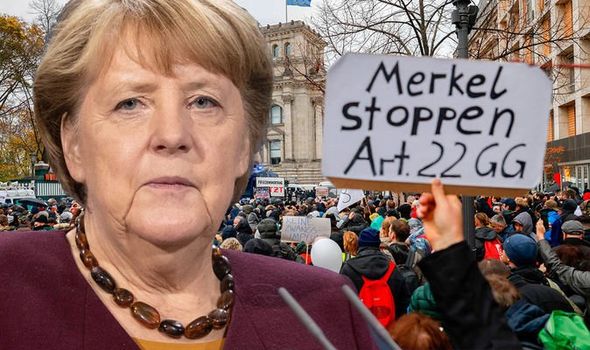 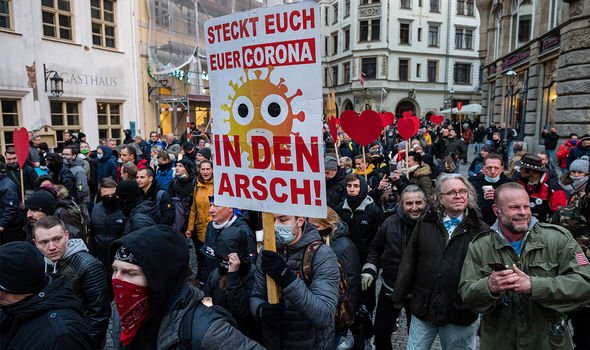 And there has been some support for the Chancellor’s plans.

Vice-Chancellor Olaf Scholz, a member of the centre-left Social Democrats (SPD) and also Germany’s finance minister, said, “Everything suggests that the current restrictions [on interpersonal contacts] must be extended for a while beyond November 30.”

While Bavaria’s premier Markus Söder warned the public “must look the truth in the eye. It is simply not enough yet”.

Andrew Ewing, a professor of chemistry and molecular biology at Gothenburg University who has been heavily critical of Ms Merkel’s response to the pandemic, said: “Obviously these [recommendations] should have come earlier.

“But they do not go far enough. They are nowhere near as tight as in the UK.” 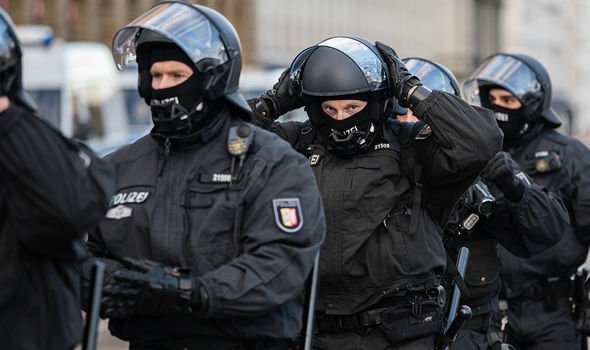 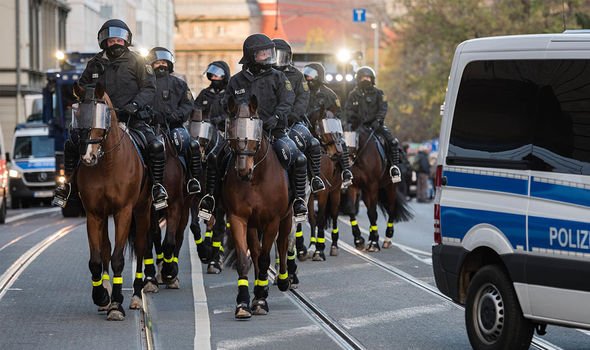 But Ms Merkel was forced to back down this weekend in an embarrassing u-turn as she admitted the proposals did not have the backing of regional leaders.

She said on Saturday: “I could have imagined imposing further contact restrictions today, but there was no majority for that.”

Many of her critics argue even the “lockdown lite” restrictions which have been in force since the start of November are too draconian, claiming the rules are an infringement of their civil liberties.

Last week, Ms Merkel tried and failed to win support for a united plan to fighting the virus. 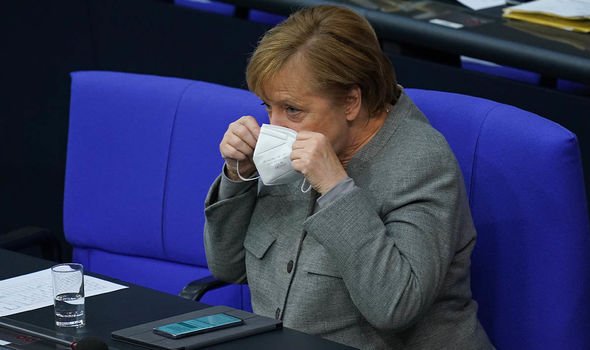 Leaders of the 16 Länder (states) in Germany rejected her proposals, claiming any extension of lockdown rules should be shaped by how severely their individual regions have been hit by the pandemic.

While right-wing Alternative for Germany (AfD) went one step further, saying the extension of restrictions were comparable to the Enabling Act of 1933 which paved the way for Hitler’s dictatorship.

The populist party even smuggled demonstrators into Parliament last week in a direct attack on Ms Merkel’s coronavirus strategy.

During the week, police clashed with protestors in fiery scenes as Germany passed tougher coronavirus laws.

A total of 190 protesters were arrested and nine police officers were injured during the demonstrations, which were sparked by Ms Merkel’s new additions to infection law which were being debated. 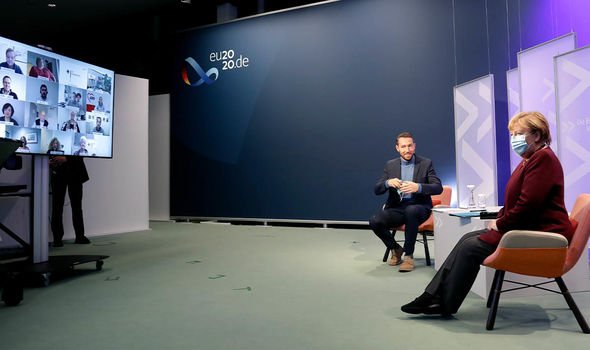 The Chancellor is expected to try again on Monday. The BBC’s Europe Editor Katya Adler told Andrew Marr this morning we’re expecting a big statement expected from Ms Merkel tomorrow about the restrictions.

She said: “Lots of focus on words of the leader of the sister party, who’s seen as the next German chancellor after [Merkel] leaves her position, saying if we want to enjoy Christmas we have to extend the lockdown and tighten restrictions as well.”

Stricter measures in Germany include a focus on curbing infection among teenagers and young adults who “contribute significantly to the spread of the infection”, according to Helge Braun, Merkel’s chief of staff.

One Black Frenchman's quest for justice against police brutality

Death toll rises to 162 in Myanmar jade mine collapse

Worry about your retirement before the kids