MADRID (Reuters) – Spain has nearly 4,000 health workers infected with the coronavirus, more than one in ten of total confirmed cases, officials said on Monday as the toll rose in Europe’s second-worst affected country after Italy. 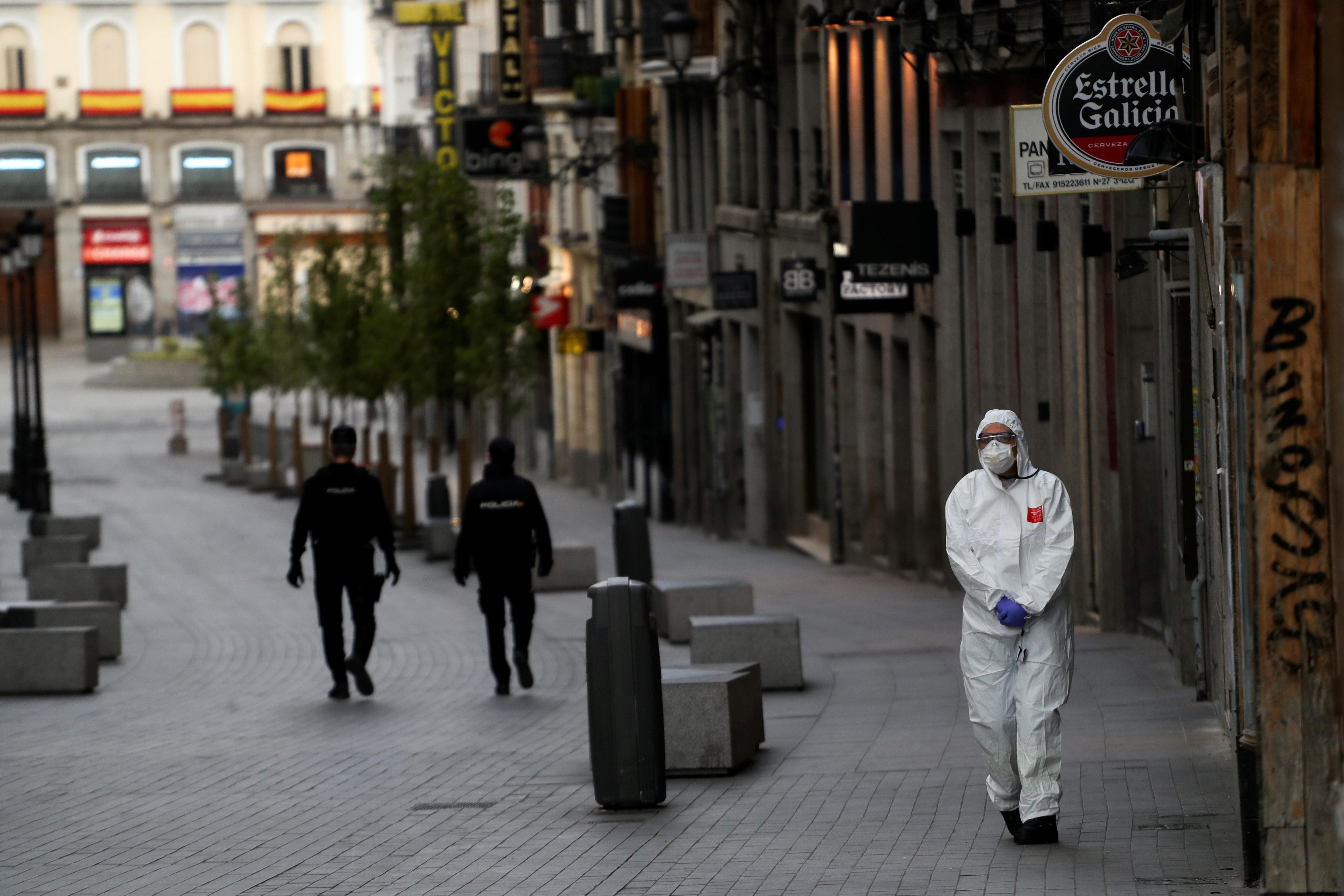 Like in other countries hit hard by the virus, nurses, doctors and other health workers say they are not getting enough protective kits. Authorities and companies are scrambling to manufacture, buy and distribute more.

As regional authorities try to contain the virus and protect vulnerable groups, soldiers deployed to Barcelona to help build a temporary homeless shelter at the city’s Fira event center.

The shelter, to be managed by the Red Cross, will allow up to 1,000 homeless people to isolate themselves in hygienic conditions with access to food and water, Barcelona’s Mayor Ada Colau said.

In Madrid, struggling with Spain’s heaviest virus load, the municipal funeral home announced it would stop collecting bodies from Tuesday due to a shortage of equipment. Private funeral homes are operating in the capital city.

“We have some data we do not like, because we should try to control it, such as having 3,910 health workers affected,” health emergency chief Fernando Simon told a news conference.

The number of cases registered in Spain rose to 33,089 up from 28,572 cases on Sunday. This means health workers account for nearly 12% of the total.

They and nursing home staff will have priority as Spain rolls out a testing program.

The coronavirus death toll has reached 2,182, adding 462 fatalities overnight, the Health Ministry said. Simon said 87% of those who had died were aged 70 or older.

Economy Minister Nadia Calvino said a nationwide lockdown, which has kept most Spaniards confined to their homes, was beginning to take a heavy toll on the economy.

Deputy Prime Minister Carmen Calvo was hospitalized on Sunday with respiratory infection and is awaiting coronavirus test results, the government said on Monday. Results for Calvo, born in 1957, will be released as soon as they are known, the statement said.

Two other ministers and the wife of Prime Minister Pedro Sanchez have tested positive for the coronavirus over the past weeks. 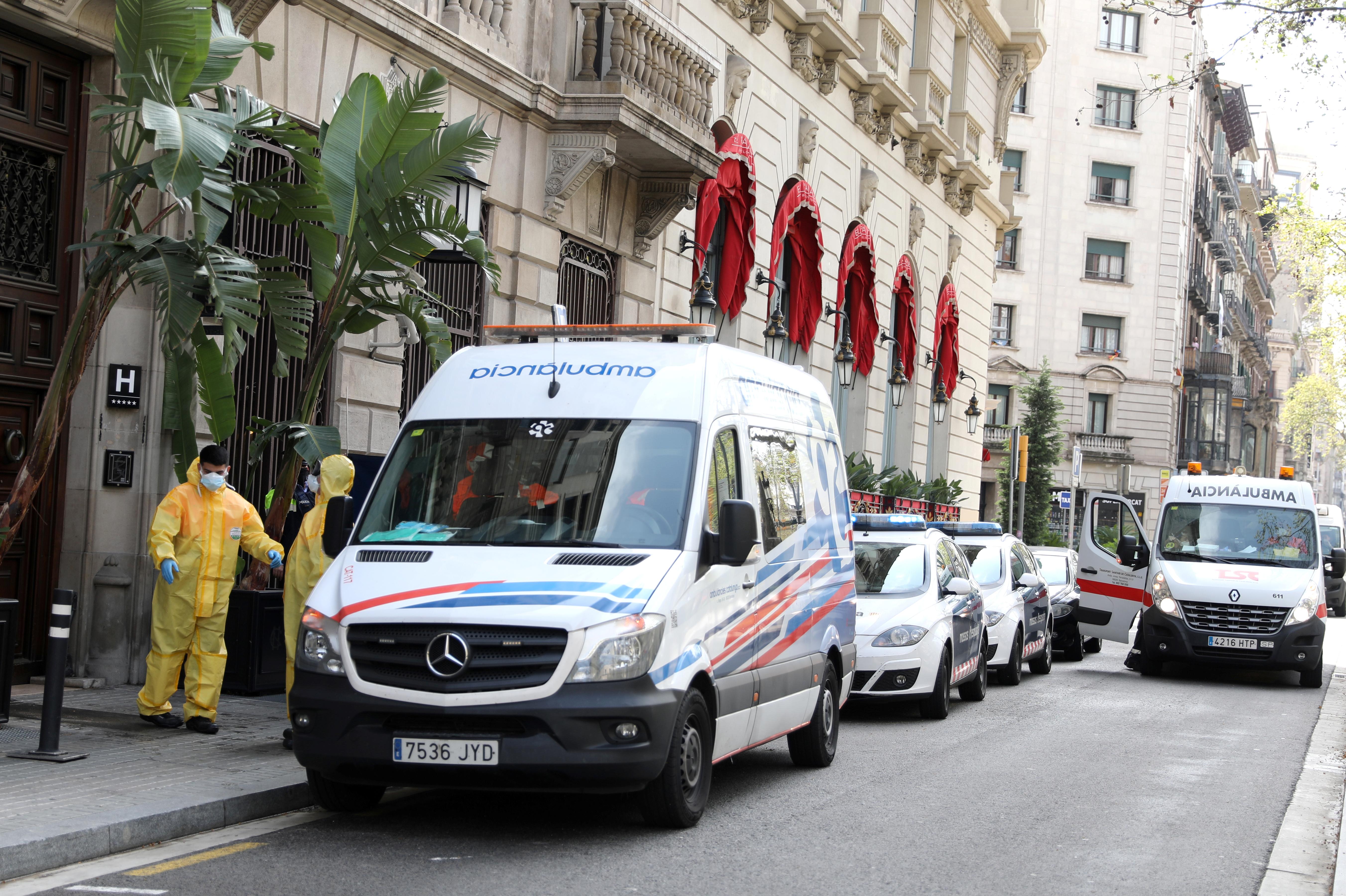 With an extension to April 11 of a nationwide lockdown set to be approved by parliament on Wednesday, Simon urged people to respect rules that ban anyone from leaving their home except to go to work, buy food or go to the pharmacy.

“On several occasions it has been said that the peak (of the epidemic) could be reached this week. Reaching the peak does not involve having controlled the problem, it means that you have to redouble your efforts not to take a step backwards,” Simon said.

Supermarket group Corte Ingles said it had set up a phone number and email for health workers to do their shopping, with free delivery to their homes.

Covid 19 Delta outbreak: Level 3 is imminent for parts of NZ – but what does it actually change?