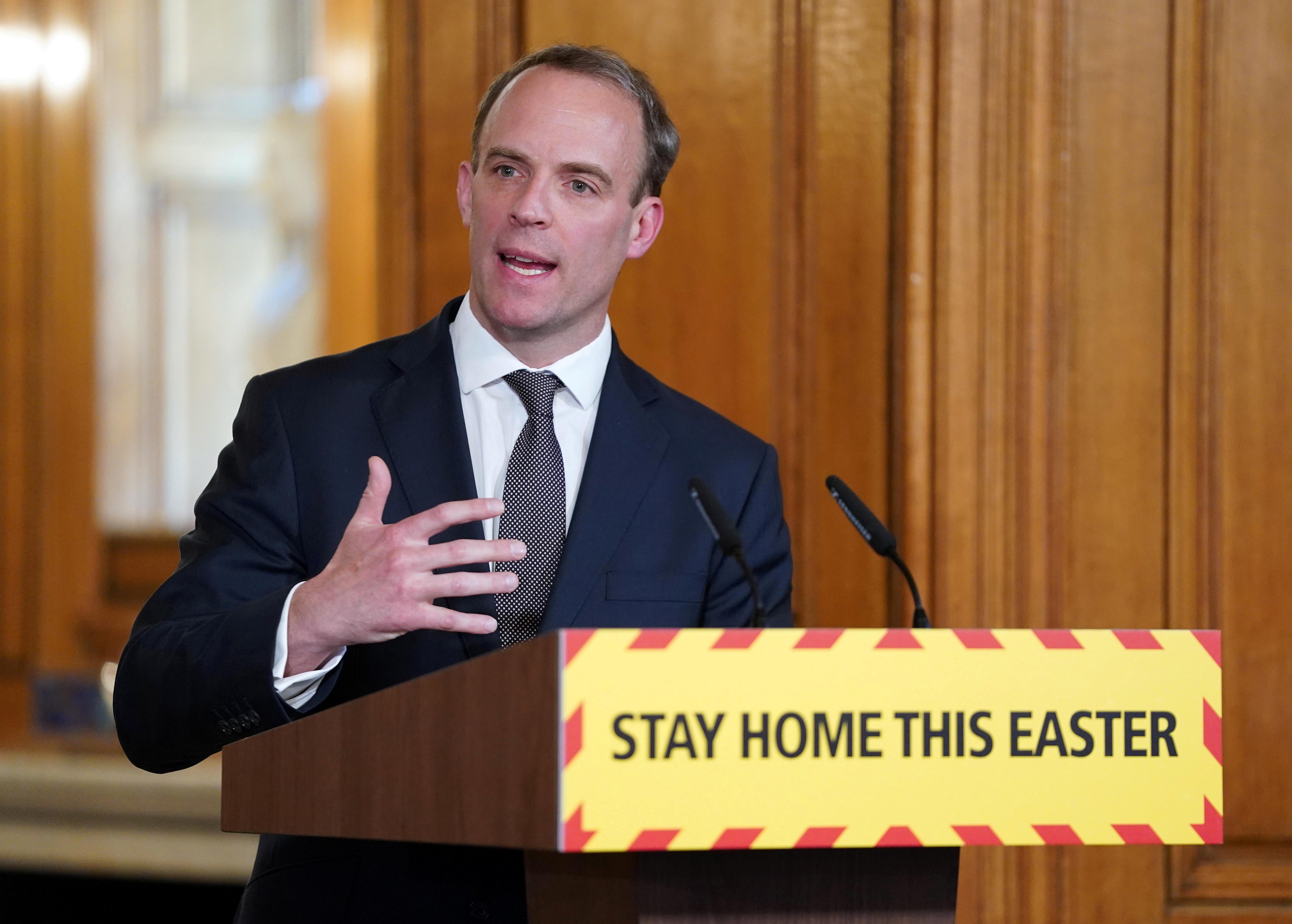 LONDON (Reuters) – Foreign Secretary Dominic Raab will lead the British government’s show of appreciation for the nation’s health workers on Thursday, standing in for his boss, Prime Minister Boris Johnson, whose shock admission to intensive care with COVID-19 has underscored the seriousness of the viral outbreak.

In what has become a weekly event, organised largely on social media, people across Britain stand on their doorsteps at 8 p.m. to give a round of applause for the National Health Service in a public display of support.

Last week, Johnson joined in with the applause from the steps of Downing Street, despite being in self-isolation after having tested positive for coronavirus on the day of the first time the event happened, March 27.

But within a few days he went to hospital because his symptoms persisted, and was transferred into intensive care on Monday, a move which brought home to many the severity of COVID-19.

“Thank you to all of those who are looking after us in our time of need,” Raab said at the government’s daily news conference on Thursday.

Support for the NHS is widespread in Britain, with football clubs announcing financial aid packages and donations of equipment, for example, and landmarks across the country turning blue last week, the colour of the NHS logo.

But the government has been criticised for failing to provide sufficient protective gear to frontline health workers.

Raab acknowledged there had been challenges with the distribution of gear but said the army was helping deliver it.

Why coronavirus could be catastrophic for Venezuela