Iraq’s prime minister has survived an attempted assassination by a drone armed with explosives.

The government said the drone targeted Iraqi Prime Minister Mustafa al Kadhimi’s home in Baghdad’s Green Zone early on Sunday. By early afternoon, it was reported that troops were being deployed across the city.

State news agency INA quoted an interior ministry spokesman as saying that three drones were used in the attack, including two that were intercepted by security forces. The third drone hit the prime minister’s residence.

Baghdad residents heard the sound of an explosion followed by gunfire from the heavily-fortified area, which houses government offices and foreign embassies. 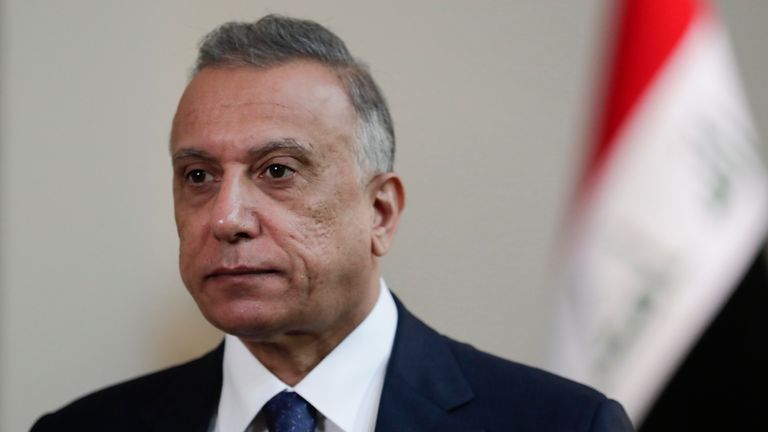 Shortly after the attack, the prime minister tweeted: “The rockets of treason will not shake one bit of the steadfastness and determination of the heroic security forces.”

“I am fine and among my people. Thank God,” he added.

Seven of his security guards were injured in the attack, two Iraqi officials told The Associated Press.

A government statement released by the state-run media said the assassination attempt was with “an explosives-laden drone that tried to target his residence in the Green Zone”.

It added that Mr al Kadhimi was “unharmed and in good health”.

“The security forces are taking the necessary measures in connection with this failed attempt,” it said.

Iraq’s president Barham Salih said in a tweet: “We cannot accept that Iraq will be dragged into chaos and a coup against its constitutional system.” Shia Muslim cleric Moqtada al Sadr, whose party was the biggest winner in last month’s election, calling the attack a terrorist act against Iraq’s stability that aimed to “return Iraq to a state of chaos to be controlled by non-state forces”.

“We stand with the Iraqi government, security forces and people in their rejection of political violence and strongly support the prime minister’s call for calm and restraint.”

US State Department spokesperson Ned Price said: “This apparent act of terrorism, which we strongly condemn, was directed at the heart of the Iraqi state.

“We are in close touch with the Iraqi security forces charged with upholding Iraq’s sovereignty and independence and have offered our assistance as they investigate this attack. 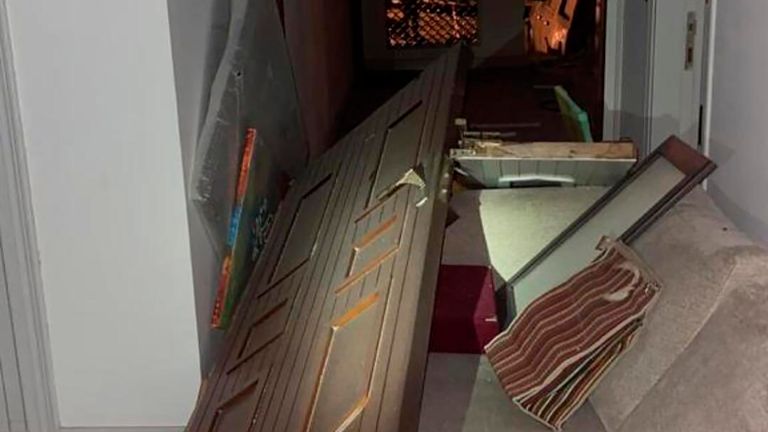 “Our commitment to our Iraqi partners is unshakeable. The United States stands with the government and people of Iraq.”

No group has claimed responsibility for the attack but Iran-backed militias have been blamed.

It comes after violent protests in Baghdad over the result of last month’s general election.

Heavily-armed militias, backed by Iran, lost much of their parliamentary power in the 10 October election and have alleged voting and vote-counting irregularities.

‘So much for solidarity!’ Merkel ally launches furious attack on EU over vaccine hoarding

What would Churchill have done? Boris Johnson’s US trip was a bit of a curate’s egg