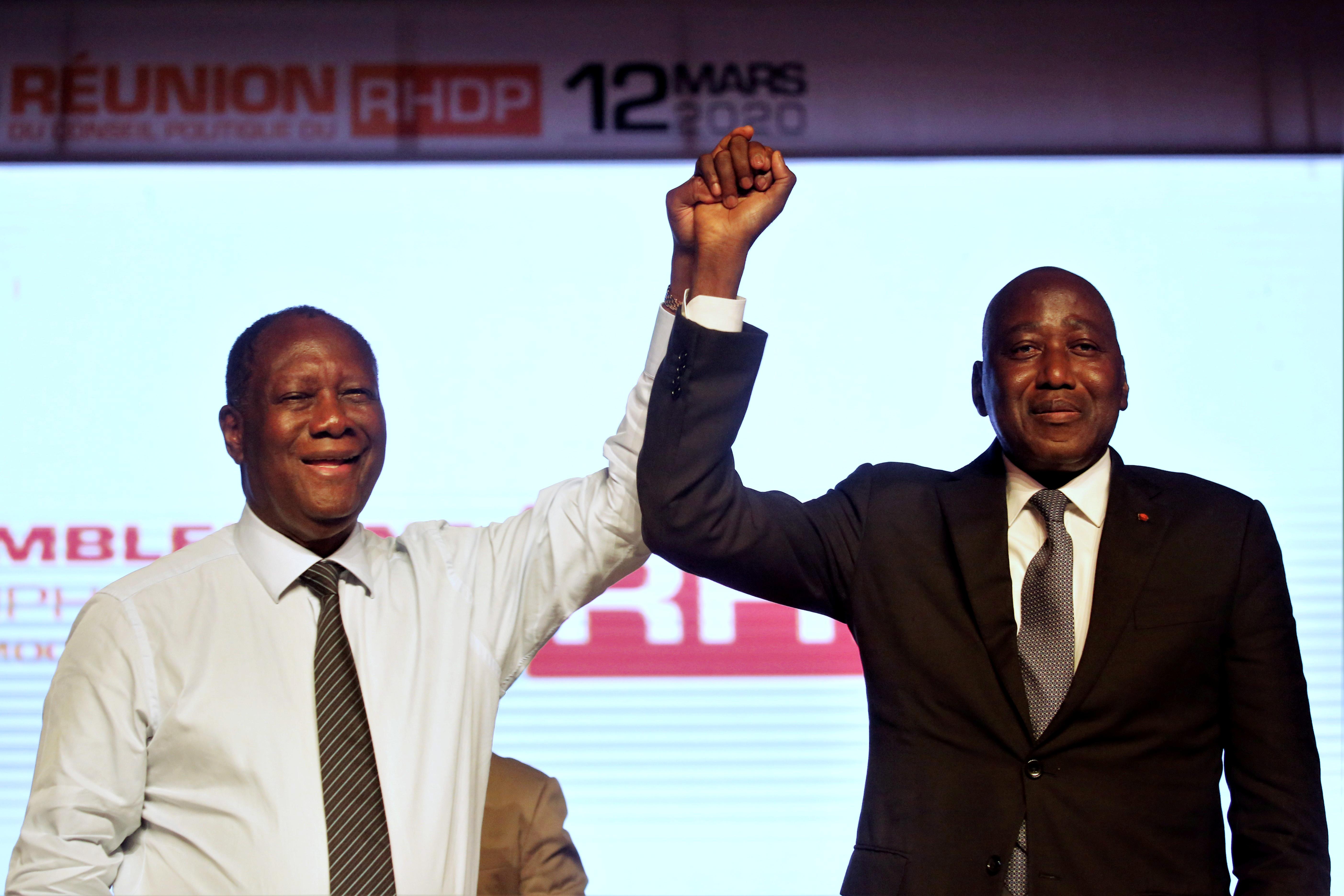 The nomination of Ouattara’s close ally had been widely expected following the president’s announcement last week that he would not run in the Oct. 31 vote, which is seen as a crucial test of the West African country’s stability.

“You will be in good hands,” he said.

It is not clear whom Gon Coulibaly will run against. Ouattara’s two main rivals, Laurent Gbagbo and another former president, Henri Konan Bedie, have not yet said whether they will be candidates.

Ouattara was first elected president of Ivory Coast, the world’s leading cocoa producer, in a 2010 election that sparked a brief civil war when his predecessor, Gbagbo, refused to concede defeat. Around 3,000 people died in the violence.

Political tensions have been on the rise again in recent months after the government issued an arrest warrant for Guillaume Soro, a presidential candidate and former rebel leader. His forces swept Ouattara to power in 2011 but he has since fallen out with the president.

Gon Coulibaly has served as prime minister since 2017, before which he was the head Ouattara’s presidential administration.