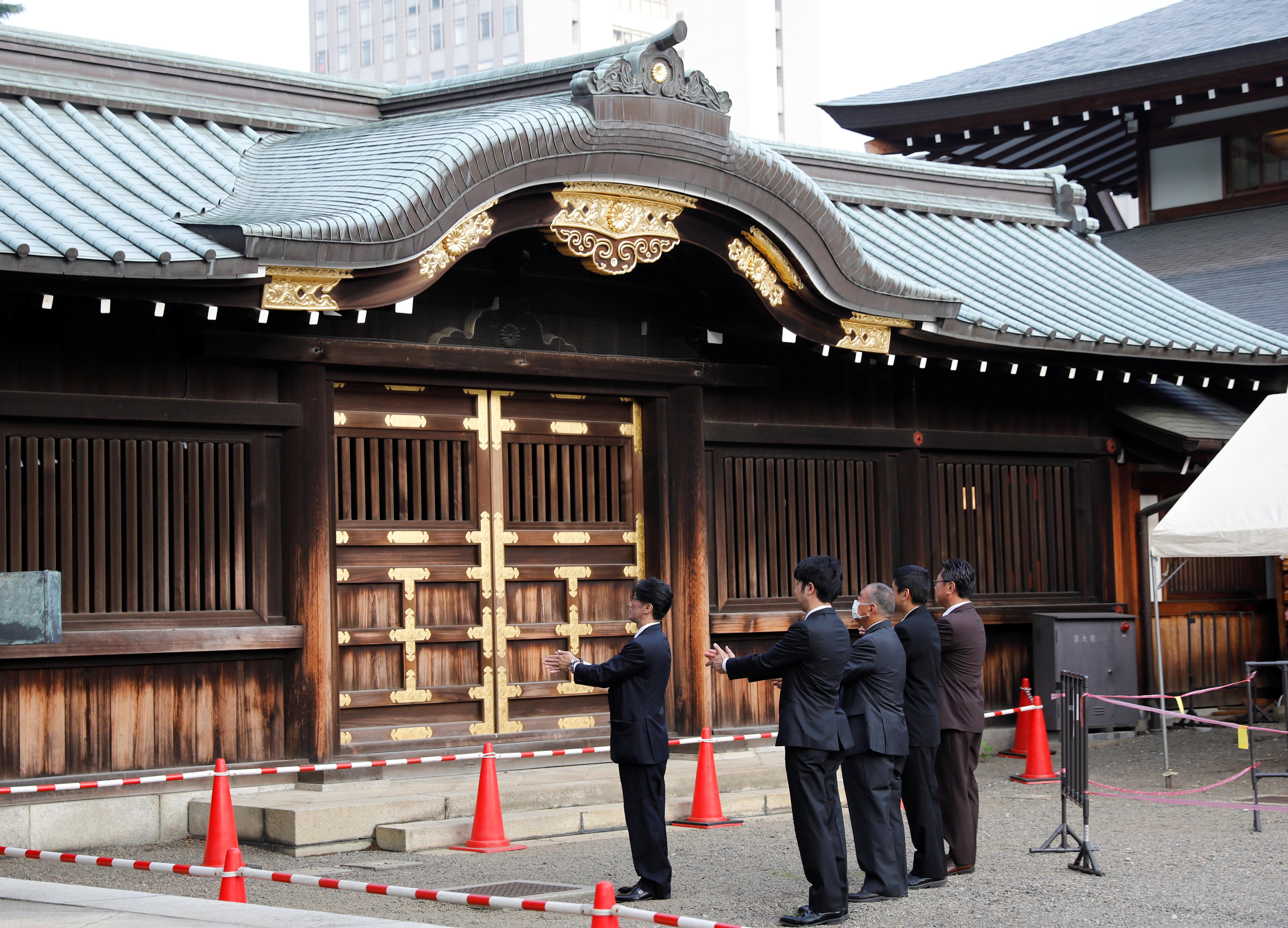 Past visits by Japanese leaders to Yasukuni have outraged South Korea and China because the shrine, dedicated to the country’s 2.5 million war dead, also honors 14 Japanese wartime leaders convicted as war criminals by an Allied tribunal.

Bitter memories of Japan’s past military aggression run deep in China and the two Koreas, and ties with Seoul have been strained by a feud over compensation for Koreans forced to work in Japan’s wartime mines and factories.

EU on the brink: Juncker attacks Angela Merkel for causing ‘permanent damage’ to the bloc

Biden calls Trump ‘one of the most racist presidents we’ve had in modern history.’

Guy Verhofstadt sparks fury over US election tweet ‘None of your business!’