NAIROBI (Reuters) – Kenyan police on Tuesday fired teargas and arrested activists gathering for a march against perceived government injustice that has been given extra impetus this year by allegations by rights groups of police brutality during the COVID-19 lockdown. 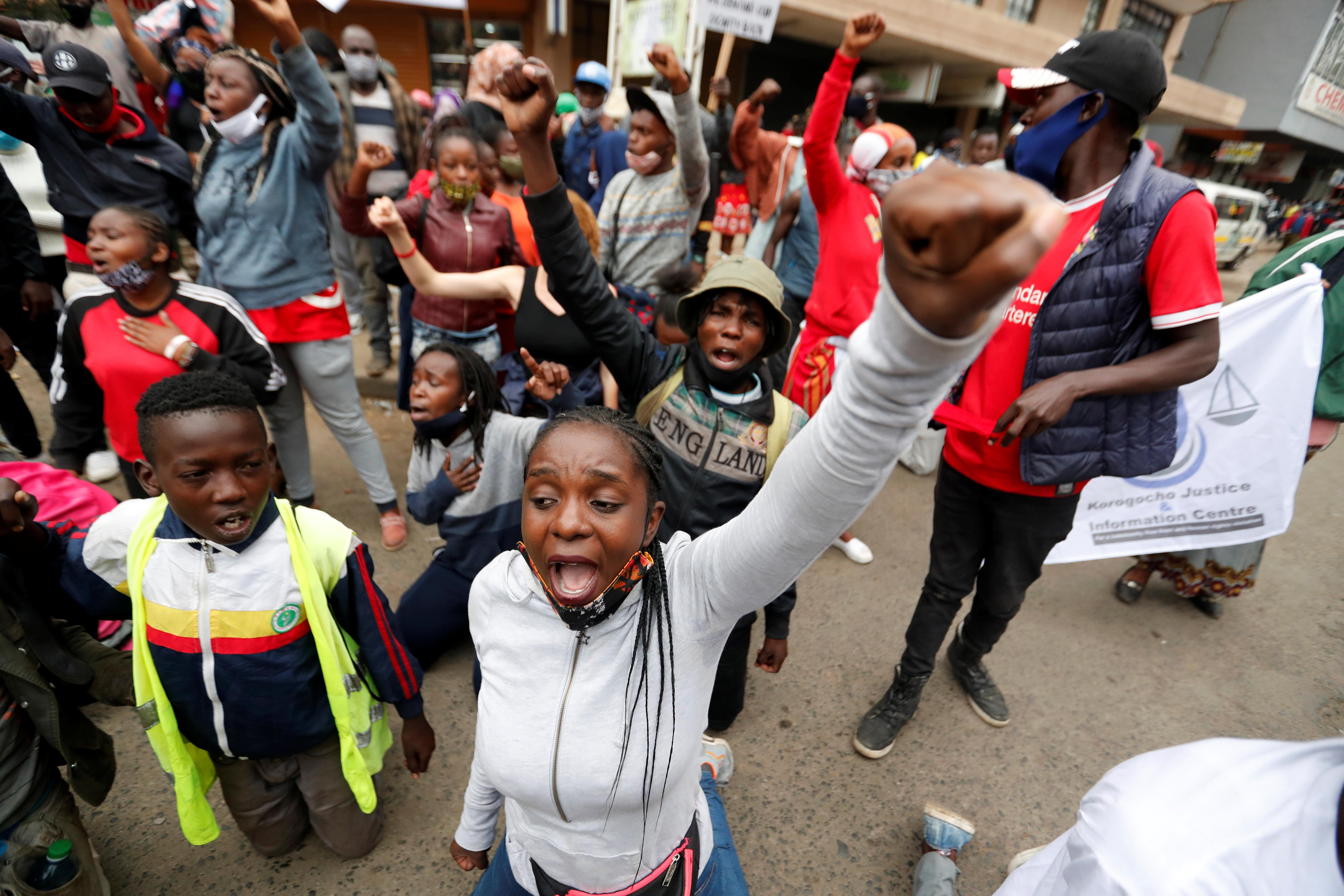 Activists said protesters from several areas had planned to march from their homes to the centre of the capital Nairobi, but many were dispersed or arrested before reaching there. Samuel Kiriro said six of his colleagues from rights group the Ghetto Foundation in the Mathare slum had been arrested.

For those who made it into the city centre, police fired more teargas and made further arrests, a Reuters witness said.

Activists rally each year on July 7, marking the date in 1990 when opponents of late president Daniel Arap Moi launched a bid to open up multiparty politics. The protest is called “Saba Saba” – “seven seven” in Swahili – because of the date.

This year, protesters have been galvanised by mounting accusations of police brutality during the coronavirus lockdown.

“The police have been killing a lot of people … During this pandemic, it has gotten worse,” said Michael Njau, an activist at Kiamaiko Justice Centre.

Police were not immediately available to respond to multiple requests for comment.

Rights group Amnesty International said Kenyan police had killed at least 100 people in 2020, with 21 related to COVID infractions, such as curfew or mask violations. In March, in the first 10 days of the curfew, at least six people were killed, Human Rights Watch has said.

Over the weekend, protesters in western Kenya set fire to a police station after an officer allegedly killed a hawker for selling fake hand sanitisers. The officer was taken into police custody, a police report seen by Reuters said.

Kenya police spokesman Charles Owino told Kenyan TV station NTV in June, responding to allegations of brutality, it was fair to highlight the issues “but it is also important for us to try and get results of investigations for each and every matter” to avoid setting the public against the police.

In April, President Uhuru Kenyatta said there had been “some challenges” in the initial stages, adding: “I want to apologise to all Kenyans maybe for some excesses that were conducted.”

The array of far-right groups "standing by" after Trump's call