DUBAI (Reuters) – Iran’s Supreme Leader Ayatollah Ali Khamenei, in a live speech on state TV for the start of the Persian new year, said on Friday that U.S. sanctions has forced the country to become self-sufficient as he called on Iranians to preserve unity. 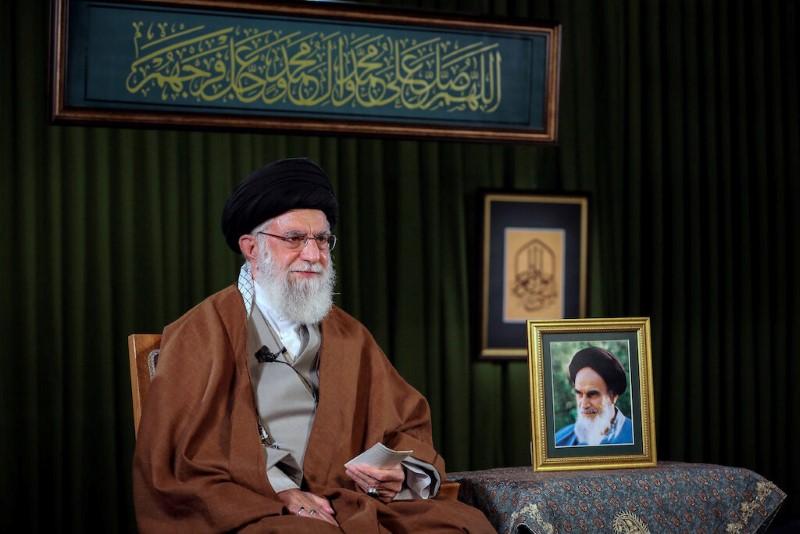 Friction between Tehran and Washington has increased since 2018 when U.S. President Donald Trump pulled the United States out of Tehran’s 2015 nuclear deal with six nations and re-imposed sanctions on the country, crippling its economy.

“Iran benefited from America’s sanctions. It made us self-sufficient in all areas,” said Khamenei, who looked healthy despite rumours that he had been infected with the new coronavirus that has killed 1,284 people in Iran.

Officials close to Khamenei, when contacted by Reuters on Wednesday, denied the rumours.

U.S. sanctions, combined with the coronavirus outbreak’s economic impact, have bitten deeply into Iran’s economy, causing a price spiral and a slump in the value of the rial currency.

Iranian officials have blamed the sanctions for hampering Tehran’s efforts to contain the speedy spread of the virus across the country.

On March 9, Khamenei’s office announced that his annual speech in the city of Mashhad for Persian new year had been cancelled to prevent further infections of coronavirus in the Middle East’s worst-affected country, with over 17,000 infected people.

“Last year was a tumultuous year for the Iranian nation. It was a year that began with the floods and that ended with the coronavirus … but we will overcome all hardships with unity,” said Khamenei.

He named the new Iranian year, “the year of boosting production”.

In a separate message for the Iranian New Year ‘Nowruz’, President Hassan Rouhani said Iranians will overcome the outbreak with unity, praising doctors and nurses for their courage in fighting the disease.

“Our nation has managed to reach its goals, despite difficulties … Iran will overcome the coronavirus with unity,” Rouhani said in his televised speech.

Ford profit drops 50 percent because of a global chip shortage.