DIJON, France (Reuters) – In exactly two weeks, Alain Cocq says he will begin his own slow and agonising death by refusing the round-the-clock medical care that is keeping him alive. 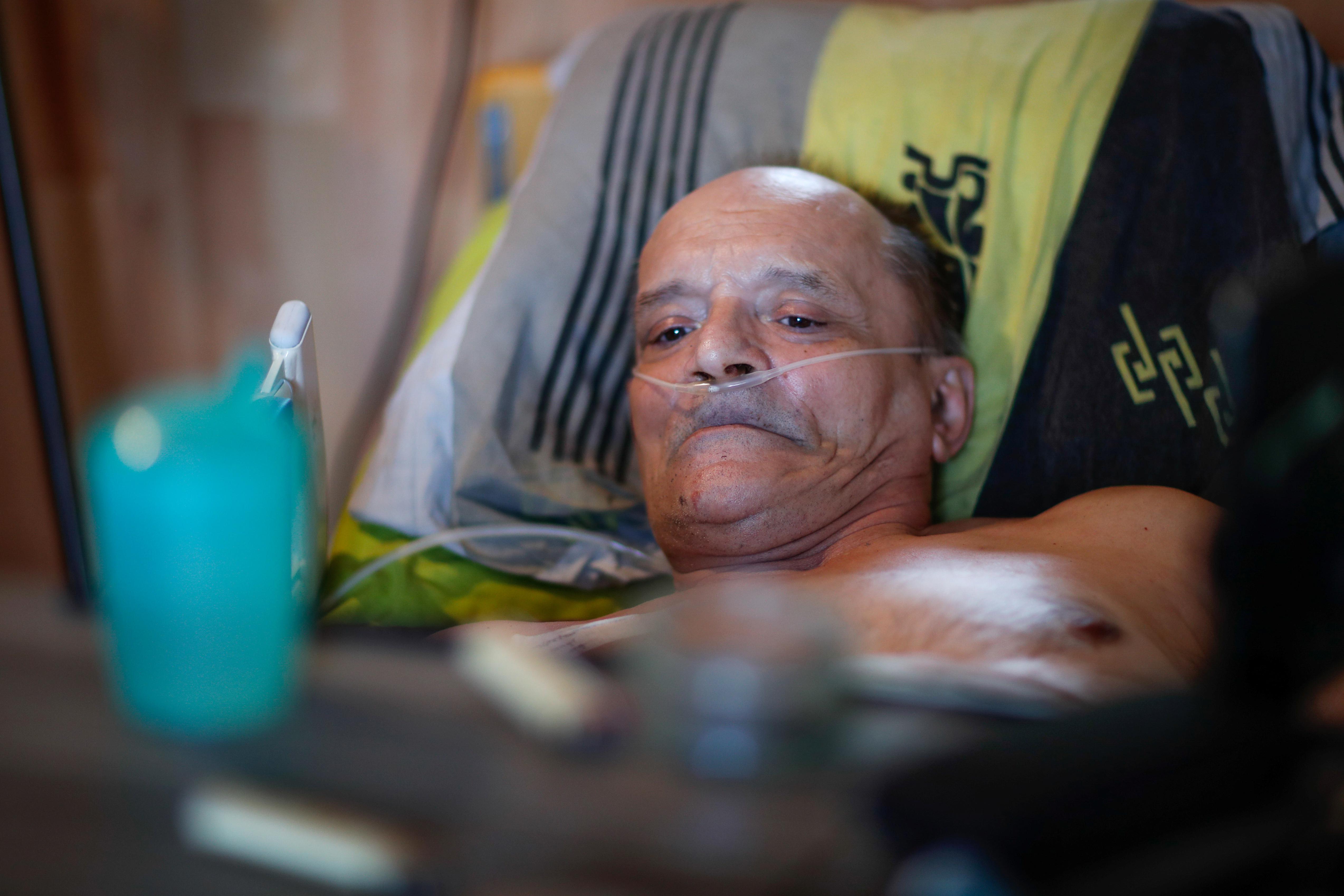 Before that happens he has set himself a final task: to persuade French President Emmanuel Macron to change the law so that healthcare professionals can make his death swifter and less painful.

“Some people want to carry on to the end,” Cocq, who is 57, said from the bed he has been confined to for two years as a result of a degenerative disease that has no treatment.

“But there are people like me … who wish to take their leave with dignity.”

France’s neighbours Switzerland, Belgium and the Netherlands have adopted laws that allow medically-assisted dying in some cases.

But France has resisted that step, in part under pressure from the Catholic church which teaches that life should end only at the moment of natural death.

Cocq, from Dijon in eastern France, is fed by a drip and his digestive system is connected to a colostomy bag. His condition has caused brain aneurysms, and he experiences convulsions if he does not take his medicine. He said he experiences constant pain.

“It’s reached a stage where it’s no longer tolerable,” he said. “So I’m saying stop.”

He has announced that on Sept. 4 he will exercise his right under French law to cease being fed and given medical care. But he said it will take him days to die. His options are to endure the agony, or be sedated.

But Cocq said he wanted to be able to be conscious when his life ends. Medically-assisted suicide would give him that, but it is illegal in France.

He said he has been granted a meeting via video conference on Aug. 25 with two of Macron’s aides, where he will make his case for a law change. The presidential administration did not immediately respond to a Reuters request for comment.

“I will have to follow a path that is very painful if President Macron does not allow me to die in dignity,” Cocq said.

France's SocGen to provision between 3.5 and 5 billion euros this year: CEO