Local leaders have joined forces to lash out at the strict new measures announced by Health Minister Olivier Véran, who has placed France’s third biggest city and neighbouring Aix-en-Provence – home to a combined 1.9million people – on “maximum alert”, one step behind a return to total lockdown. Green-left Mayor Michèle Rubirola warned: “I’m not going to say that there is going to be a revolution in Marseilles, but when people do not understand something, they cannot accept it and they will revolt.” Renaud Muselier, the centre-right head of the Provence-Alpes-Côte d’Azur region, launched a scathing attack against the French Government, accusing them of “collective punishment”.

French authorities have been forced into action after restauranteurs and bar owners held a mass protest in the city centre on Friday.

They have relented to pressure and slightly watered down the new restrictions, which will start at midnight tonight having originally being planned to begin on Saturday.

The newly-introduced measures will also be reviewed after just one week, as opposed to every fortnight, which was the original plan.

Coronavirus rules are also being tightened throughout some of the biggest cities in France – including the capital Paris – as the country joins several other European counterparts in the struggle to fend off a second wave of coronavirus infections. 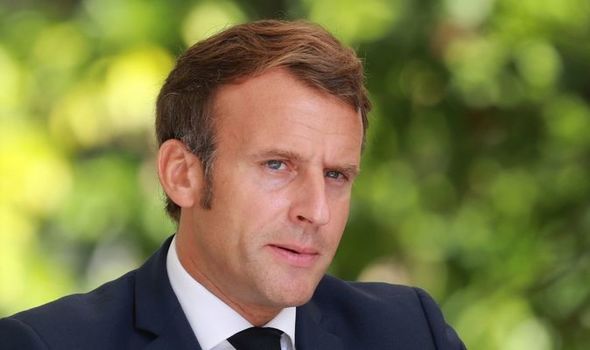 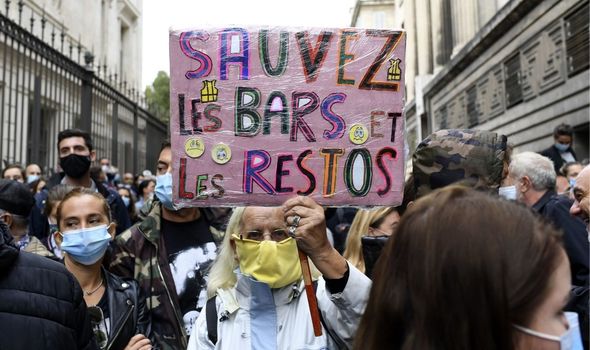 A further 39 people died from coronavirus in the most recent 24-hour period, with the death toll in the country increasing to 31,700.

The huge infection surge means from Monday, bars in Paris, Lyons and nine other cities on “heightened alert” will follow measures imposed by the UK Government in closing by 10pm.

Gatherings in public spaces are being restricted to 10 people, while the majority of gyms and sports halls are being closed. 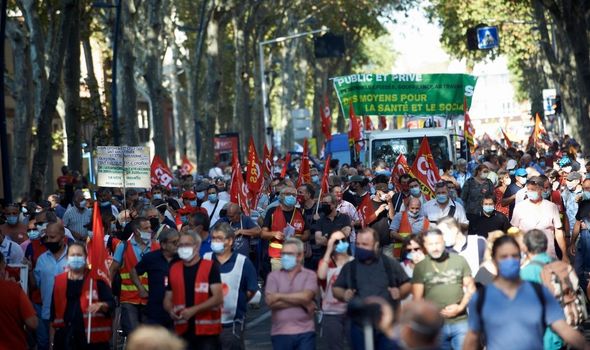 Weddings, parties and social events will also be restricted to just 30 people.

The French Open tennis championships at Roland-Garros has started four months late but is being played in front of just 1,000 spectators a day, or three percent of its capacity.

French Prime Minister Jean Castex has been desperately trying to defend the new restrictions imposed by the Government.

But he was left humiliated in a live television debate after admitting he still had not downloaded the Government’s coronavirus tracing app.

Mr Castrex tried to defend the move, claiming his job means he does not “go on the Métro or meet people”. 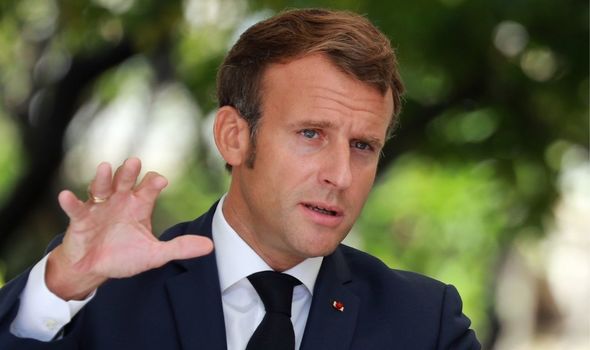 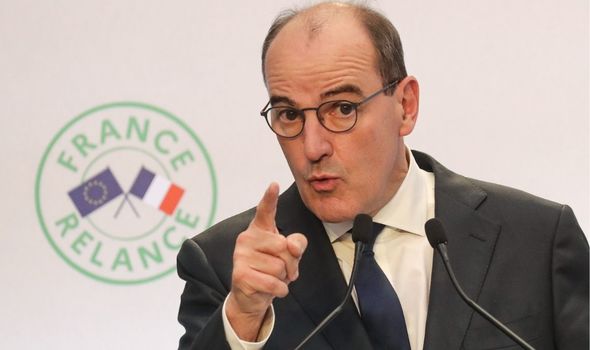 But this had not presented Finance Minister Bruno Le Maire from testing positive for coronavirus.

Earlier this month, the French Government announced they would be spending €100bn (£91bn) to prop up the ailing economy, which is set to plummet by 8.7 percent this year.

However, Mr Macron has remained largely anonymous from the escalating situation, with political commentators claiming the President is being driven by his desire to win re-election in spring 2022.

An unnamed prominent adviser told French newspaper Le Parisien: “There has been a redistribution of roles at the top of the state.

“Macron is more focused on the good news, such as equal opportunities and extended paternity leave.

“The more anxiety-provoking subjects, such as the economy, the epidemic and security, are down to Castex.”

France was not hit as badly as other European countries in the early days of the pandemic, largely thanks to Mr Macron and his Government being one of the first to impose strict lockdown restrictions.

The country has around the same population as the UK but double the land area, and yet has registered more than 10,000 less cases compared to the UK.

But coronavirus has returned with a vengeance in France, initially driven by a surge in infections among younger people that are spreading the virus to older people. COVID-19 is also now hitting care homes hard, which accounts for more than 14,000 of all deaths from the pandemic.