Some 14 people have died after a cable car plunged to the ground near Lake Maggiore in northern Italy, and then tumbled down the slope.

The capsule fell near the summit of the Mottarone mountain at about midday (11am BST), Italy’s mountain rescue service said.

Mayor of the nearby town of Stresa, Marcella Severino, said it appeared that the cable had broken, sending the car careening until it hit a pylon and then plummeted to the ground, overturning “two or three times before hitting some trees”.

The capsule is thought to have fallen about 50ft (15m). Some of those who died were thrown from the cabin, the mayor said.

“It was a terrible, terrible scene,” Ms Severino told SkyTG24.

The number of dead rose when doctors were unable to restart the heart of one of two children who had been taken to hospital by air ambulance.

“There was nothing more we could do,” said Pier Paolo Berra, spokesman for the Regina Margherita hospital in Turin.

One child, who was seriously injured in the incident, is reported to be a five-year-old boy. He is thought to have suffered head, chest and lower limb trauma, but was still conscious. 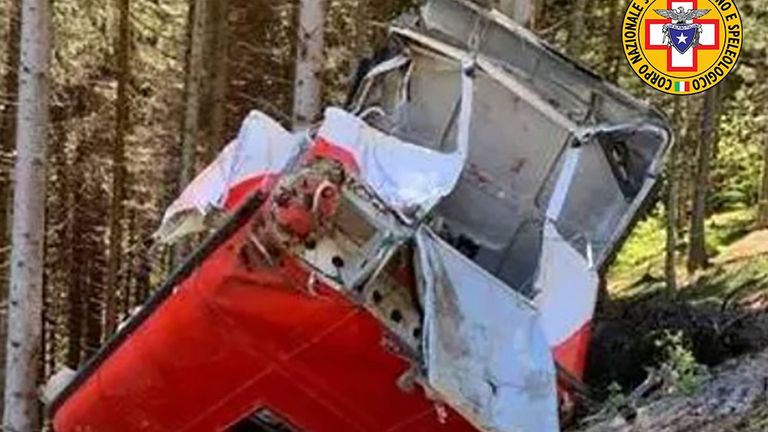 Simone Bobbio, a spokesman for the Piedmont region’s alpine rescue service said no details on the nationality or ages of the victims had been made public yet.

It was earlier reported that 11 people had been on board the cabin, six of which were Israeli citizens, including a family of four who lived in Italy, Israel’s foreign ministry said.

Corriere della Sera said rescue efforts have been made more difficult by the fact that the cabin, which has a capacity of 40, fell into a wood in an inaccessible area.

A photo of the wreckage taken by Italy’s fire brigade showed the crushed remains of the red and white cable car in a clearing of a heavily wooded area near the peak of the ski resort.

The cables of the Stresa-Mottarone lift were particularly high off the ground at that point, said Walter Milan, spokesman for the Alpine rescue service. 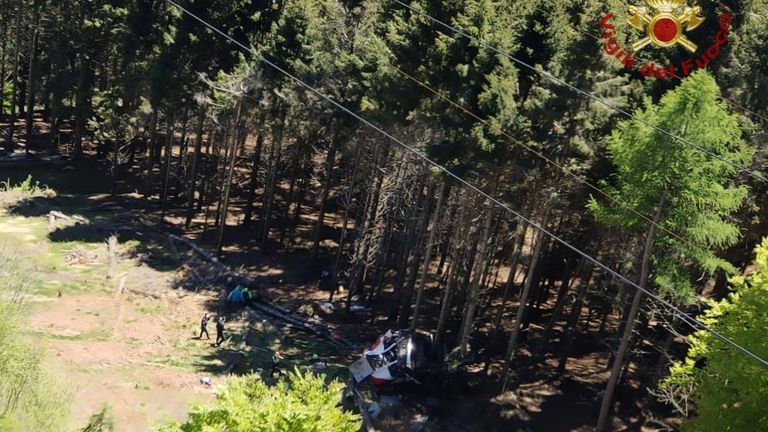 He said the cable line was closed in 2014 for a €4.4m renovation before opening again in 2016, and had only reopened on 24 April after COVID lockdowns forced the closure of ski lifts across Italy last year.

A fire engine driving to the site overturned but there were no injuries. 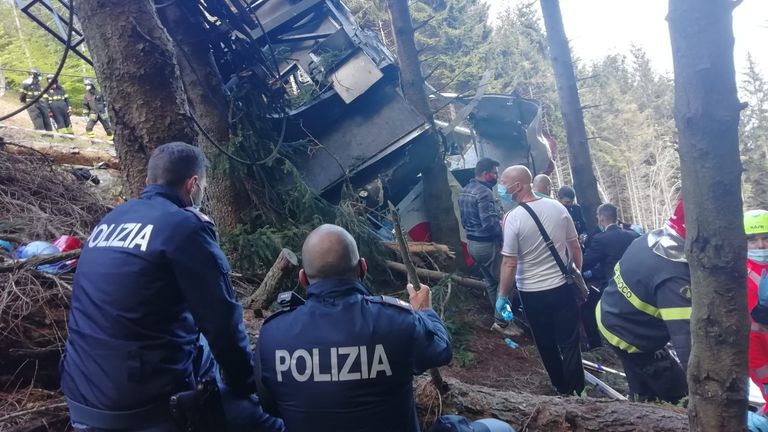 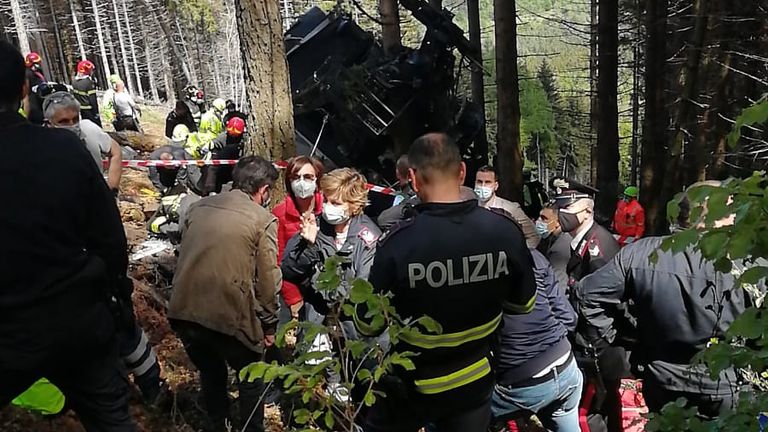 “A terrible tragedy, I have already spoken with the prefect and the director of the Fire Brigade and Civil Protection. We are trying to understand what has happened, but it is a truly terrible tragedy”, said the Minister of Sustainable Infrastructure and Mobility, Enrico Giovannini.

The cable car, which has two cars going in alternate directions, links Stresa on the shores of Lake Maggiore to the summit of Mottarone, at about 1,491 metres (4,900ft) altitude, and takes about 20 minutes with a stop in the middle.

There is a small amusement park at the summit, Alpyland, which has a children’s rollercoaster with 360 degree views of the picturesque lake and surrounding Alps in Italy’s Piedmont region. 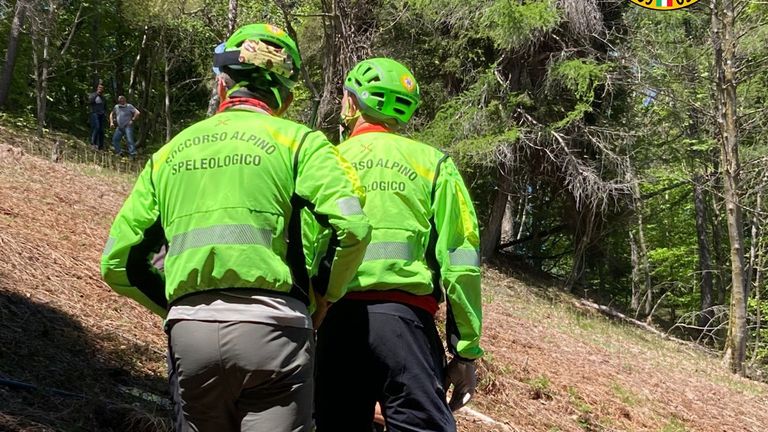 Italy’s government has ordered an investigation, which is likely to raise fresh questions about the safety of the country’s transport infrastructure.

In 2018, the Morandi road bridge in Genoa collapsed, killing 43 people.

In 2009, a freight train carrying gas derailed and exploded near Lucca, killing 32 people.

In 2001, 40 tourists had to be rescued after a cable car got stuck just after leaving the terminal in Stresa, where the latest incident has happened.

And in 1998, a low-flying US military jet cut through the cable of a ski lift in the Dolomites, killing 20 people.