Akke Rahman set a UK record time after climbing the peak, which stands 5,642 metres above sea level in Russia, within 24 hours – and only five days after getting over coronavirus.

The hike normally takes several days, however delays in travelling because of his diagnosis meant he only had three days left on his visa when he arrived. 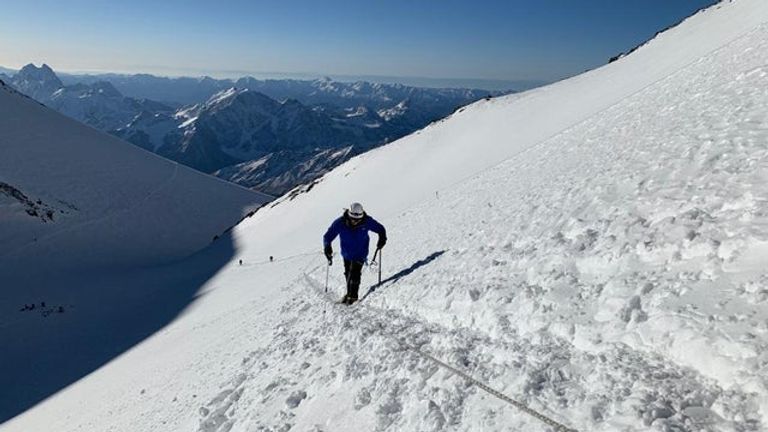 Mr Rahman, a former amateur athlete from Oldham, said: “Slowly it’s just starting to sink in, the accomplishment – what I’ve done and how people will look at it.

He added: “I wouldn’t say it was easy because I’m not acclimatised.

“It is steep climbing but the main thing is that the altitude is what really gets to you because you’re so high.”

Up The Mountain, the expedition company that facilitated Mr Rahman’s trek, congratulated him on his “great personal victory” on Instagram.

“Even well-trained people have no good results with Elbrus summit, and successful attempts with such short time acclimatisation are very rare,” they said.

Mr Rahman said he experienced minor symptoms of COVID-19, meaning his training leading up to the expedition was not affected.

The 38-year-old took up mountaineering last year to try to improve his fitness.

He said: “One day I just thought I need to do something to change my life and leave a legacy for my kids and inspire people to get fit, because a lot of the Asian community, they’re not really very active.”

Mr Rahman began by climbing Mount Snowdon in Wales in June last year, which he described as “the hardest climb of my life”.

Enjoying the experience, he initially booked his Mount Elbrus expedition for a few months later. 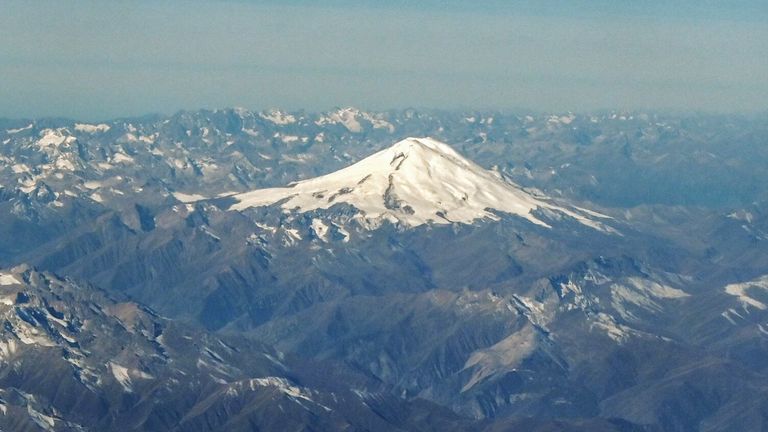 However, he had to abandon the climb partway through on his first attempt due to adverse weather conditions.

Describing himself as the “Bengali mountaineer”, Mr Rahman said he is keen to inspire people to get fit and to step outside of cultural norms.

He said: “There’s not many Bengali mountaineers around, it’s frowned upon.

“My mum’s the hardest person to convince, she just says ‘Asians don’t do mountaineering’. I just wanted to fight back against that and tell them it can be done.”

Mr Rahman raised money for the Global Relief fund, which is providing support in Lebanon following the explosion in Beirut which left almost 200 dead.

The face-mask seat: a South Korean student's attempt to recycle in COVID times