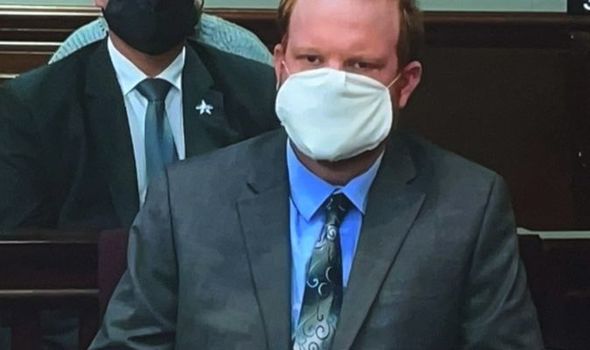 Dr Shola Mos-Shogbamimu tweeted: “Life without the possibility of parole for Travis and Gregory McMichael Except William Bryan who gets Life with possibility of parole. The 3 murderous racist b******s convicted of felony murder get life imprisonment for killing Ahmaud Arbery”.

A Georgia judge sentenced Travis McMichael, Gregory McMichael and William “Roddie” Bryan to life in prison on Friday for what he called the “chilling” 2020 murder of Ahmaud Arbery, who had been running through their mostly white neighborhood in the southern U.S. state.

The McMichaels, a father and son, will now spend the rest of their lives in prison but Judge Timothy Walmsley ruled that Bryan could seek parole after 30 years in prison, the minimum sentence allowed for murder under state law.

Walmsley said at the hearing in Glynn County Court in Brunswick that he gave the McMichaels the harshest sentence open to him in part because of their “callous” words and actions which were captured on video.