Nation of five million people reports no new cases in 17 days and no active case for first time since late February. 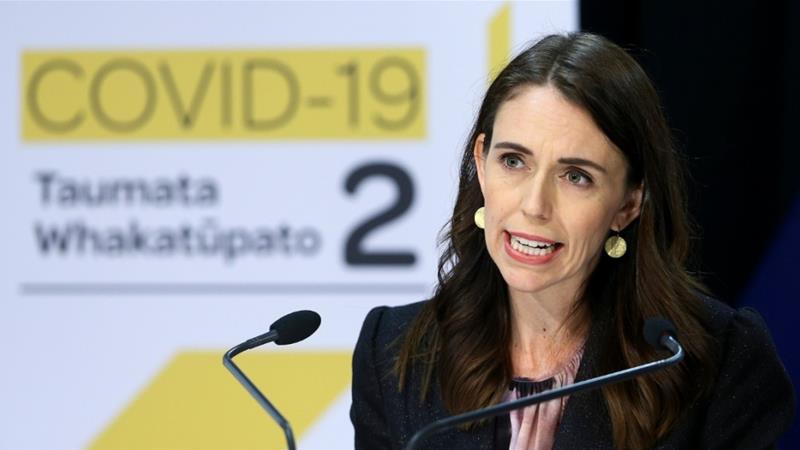 Prime Minister Jacinda Ardern has announced New Zealand will lift its coronavirus lockdown allowing a return to a nearly normal life for the country’s five million people, as health officials reported that the final person known to have contracted the infection had recovered.

Making the announcement at a news conference on Monday, Ardern said the government would not let down its guard over the virus and promised to rebuild an economy that has slowed because of the global pandemic.

“We have eliminated transmission of the virus for now. While the job is not done. This is a milestone,” she said, adding that lifting of restrictions will be effective from midnight on Monday (12:00 GMT).

Later, she told reporters she “did a little dance” when she heard that the country no longer had any active cases. Director-General of Health Dr Ashley Bloomfield, who was also at the media conference, said he “allowed himself a broad smile” at the development.

The country will remove all coronavirus-related curbs on shops, restaurants and offices and physical distancing will no longer be mandatory, although it will remain encouraged.

It has been 17 days since the last new case was reported in New Zealand, and Monday also marked the first time since late February that there have been no active cases.

The last coronavirus patient released was a woman from the city of Auckland.

Bloomfield said it was a pleasing development and something “the rest of New Zealand can take heart in”.

“Having no active cases for the first time since February 28 is certainly a significant mark in our journey, but as we’ve previously said, ongoing vigilance against COVID-19 will continue to be essential,” Bloomfield said.

Officials were eager to stress that the coronavirus remained a concern given the growth of cases elsewhere in the world. Borders would remain closed, Ardern said, describing them as the “first line of defence”. Only citizens and residents, with some exceptions, are currently allowed into the country.

New Zealand is one of the first countries to report no known cases of the disease since it first emerged in China late last year.

The country of five million people has pursued an elimination strategy to beat coronavirus, rather than just aiming to contain the disease. But the health ministry has been cautious about declaring victory.

Elimination did not mean eradicating the virus permanently from New Zealand, but eliminating “chains of transmission” for at least 28 consecutive days after the last infected person left isolation, which would be on June 15, the ministry said.

It also required the country to be able to “effectively prevent or contain any future imported cases from overseas”, it said in an emailed statement.

Experts say a number of factors have helped the nation wipe out the disease, including its isolated location, along with leadership shown by the prime minister, who imposed a strict lockdown early on during the outbreak.

Slightly more than 1,500 people contracted the virus in New Zealand, including 22 who died.

International plane travel creeps back with 'bubble' corridors amid coronavirus