North Korea unveiled a new missile during a military parade on Saturday, displaying the country’s rapidly accelerating nuclear weapons programme. Analysts said the missile, which was shown on a transporter vehicle with 11 axles, would be one of the largest road-mobile intercontinental ballistic missiles (ICBMs) in the world if it becomes operational. It comes after US President Donald Trump had spent years trying to persuade Kim Jong-un to abandon his nuclear weapons programme. Experts have highlighted just how threatening the weapon could be.

Melissa Hanham, deputy director of the Open Nuclear Network told Reuters: “This missile is a monster.”

A senior US administration official called the display of the missile “disappointing” and called on the government to negotiate to achieve complete denuclearisation.

Michael Elleman, director for Non-Proliferation and Nuclear Policy at the International Institute for Strategic Studies, estimated on Twitter that the new large missile could potentially deliver 2,000-3,500 kg “to any point on CONUS (US territory)” making it more capable than Soviet missiles that were never deployed.

Markus Garlauskas, a former US intelligence officer for North Korea, told Reuters that the missile would rubbish any remaining doubts that Pyongyang could strike the US. 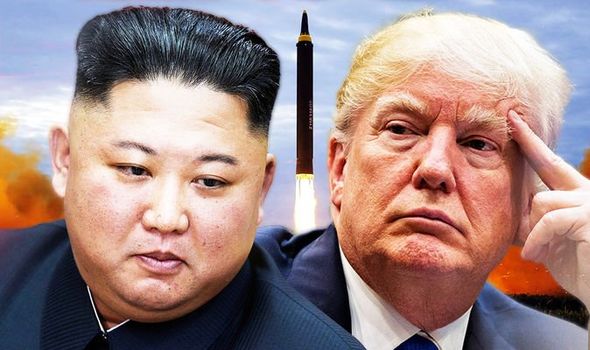 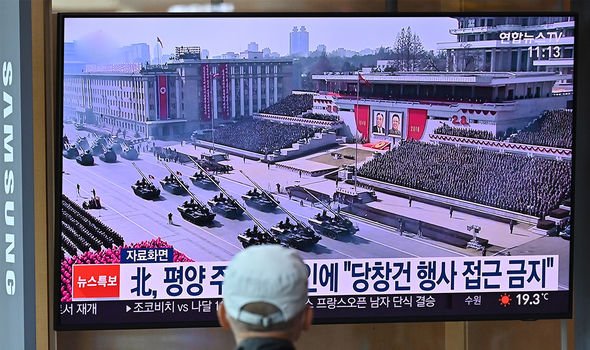 He said: “If the Hwasong-15 could carry a ‘super-large’ nuclear warhead to anywhere in the US, then the natural question is what can this larger missile carry?”

Kim Jong-un made a speech at the parade, in which he said: “We will continue to build our national defence power and self-defensive war deterrence.

“I am ashamed that I have never been able to repay you properly for your enormous trust.

“My efforts and devotion were not sufficient to bring our people out of difficult livelihoods.”

In February 2019, US President Donald Trump and Kim Jong-un met in Hanoi, Vietnam, to discuss denuclearisation. 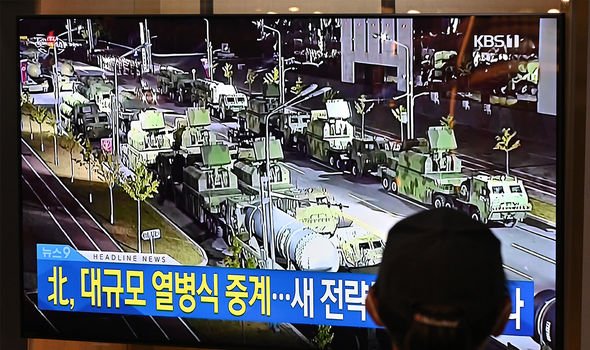 Talks initially looked promising when a reporter asked Kim whether he was considering denuclearisation.

The North Korean President responded: “If I’m not willing to do that, I wouldn’t be here right now.”

However, just hours later a scheduled lunch between Trump and Kim, as well as a potential joint signing ceremony, was cancelled as talks ultimately fell flat.

They also met in Stockholm in last year – but the talks in Sweden broke off with the North’s envoy saying the US failed to show flexibility. 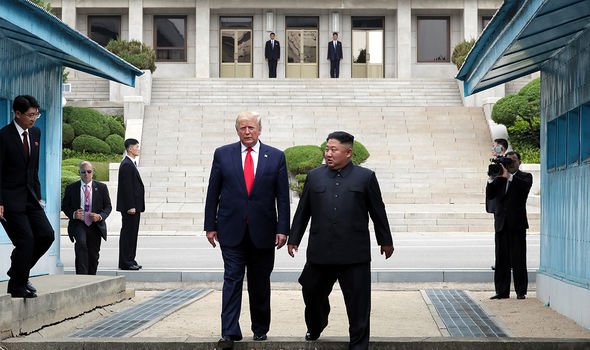 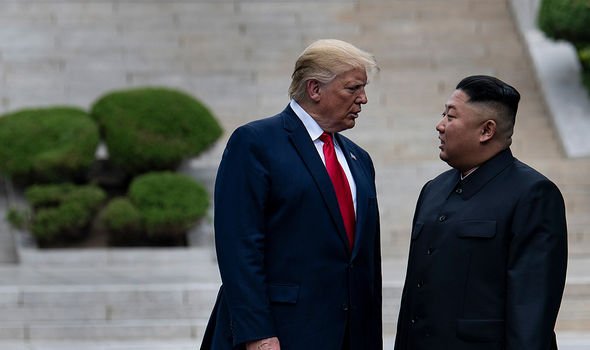 Trump said earlier this year that if it weren’t for the US presidential election campaign, North Korea, Iran and China would be at the negotiation table wanting to make a deal with the US.

He said in an interview with Fox News: “If we didn’t have an election now, two things would happen. Number one, our stock market would be even higher.

“Another thing is, Iran, China and everybody would be at the table within 24 hours wanting to make a deal, including North Korea.

“By the way, if Hillary Clinton had got in, you would be in a war by now with North Korea.”