JERUSALEM (Reuters) – On a sombre and quiet Good Friday in Jerusalem, the Vatican’s apostolic administrator in the Holy Land called for prayer for people suffering and dying from the coronavirus. 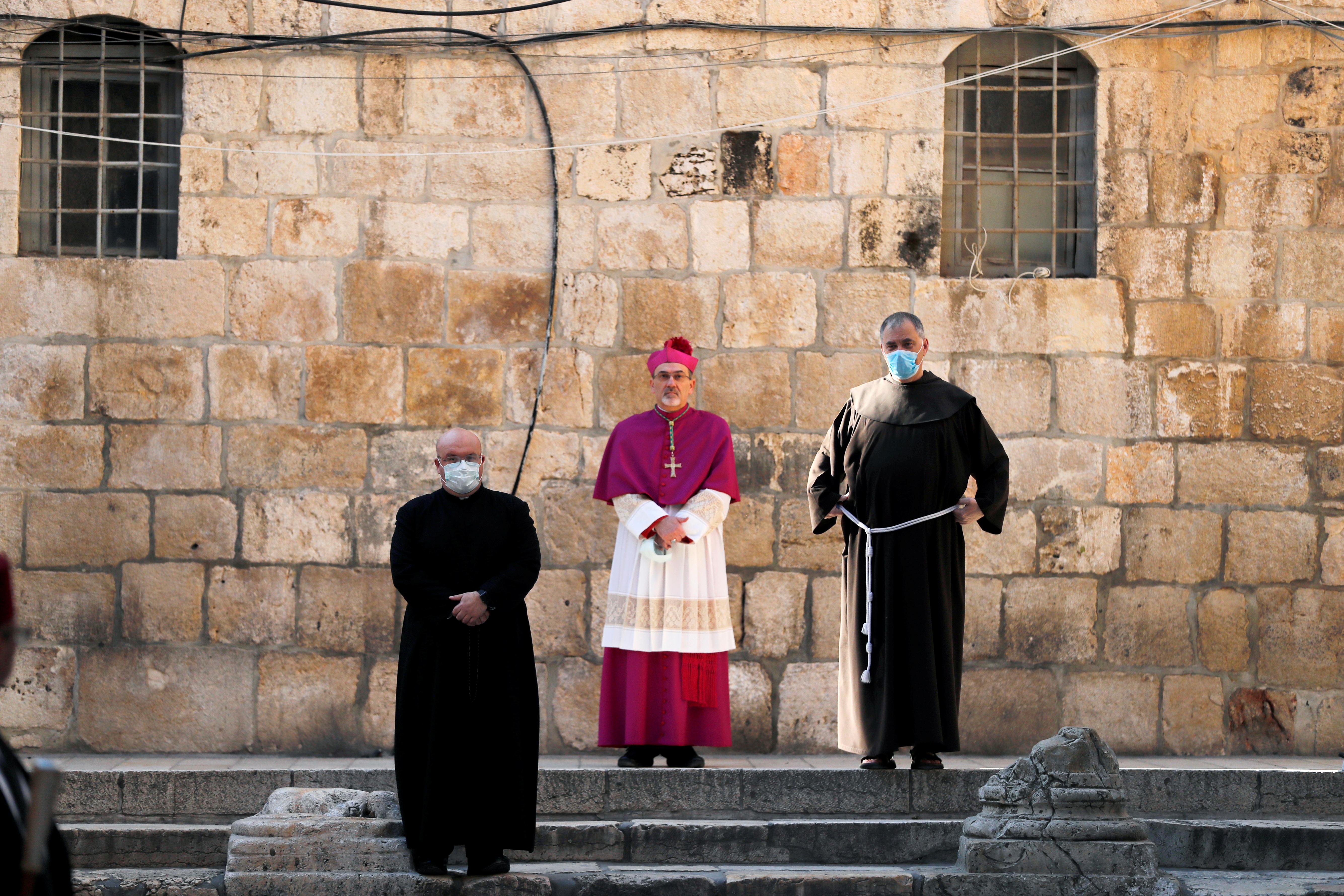 “We are celebrating Good Friday, the commemoration of the death of Jesus, under very difficult circumstances,” Archbishop Pierbattista Pizzaballa said outside Jerusalem’s Church of the Holy Sepulchre, revered as the site of Jesus’ crucifixion, burial and resurrection.

He spoke briefly to Reuters before entering the sandstone church’s giant front doors. The church was closed to the public weeks ago, but was opened on Catholic Good Friday specifically for his entry for prayers and a service attended by a few clerics.

COVID-19 has infected over 10,000 in Israel, with 92 fatalities. There have been 263 cases and one death in the Palestinian territories, mostly in the occupied West Bank.

Jerusalem residents are locked down in their homes for all but essential activities, which do not include religious ceremonies.

The Christian denominations that share custody of the Holy Sepulchre face closures unprecedented in living memory, as do Jewish and Muslim leaders in a city that has sites sacred to all three faiths.

Passover, Easter and Ramadan all fall this month, with Catholics celebrating Good Friday today, and Easter Sunday on April 12.

Death has surfaced itself all over the world, Pizzaballa said, “so it is important … in this place, where this (Jesus’s crucifixion) happened that we can pray (and) commemorate (it)”.

Pizzaballa called on people “to be united in the heart, in the prayer, with all those who are suffering and dying.”

He then entered the church, its large doors swinging shut behind him.

Soon afterwards, the piercing sound of singing and prayers emerged from high up in an ancient courtyard atop the Holy Sepulchre, where a church was first built in the fourth century.