Dozens have died and thousands are displaced as residents of Oregon, Washington and California face historic wildfires. 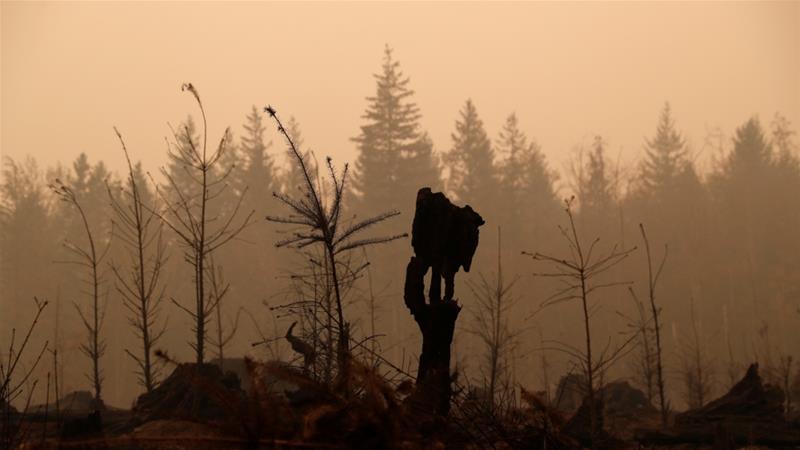 Oregon’s governor has requested additional federal assistance as the state battles the deadly wildfires sweeping the western United States, and local residents pitched in on Tuesday to help the many people displaced by the blazes.

California’s Department of Forestry and Fire Protection said 16,600 firefighters were battling 25 fires on Tuesday in California, the most populous US state, after being able to largely put out two blazes on Monday. 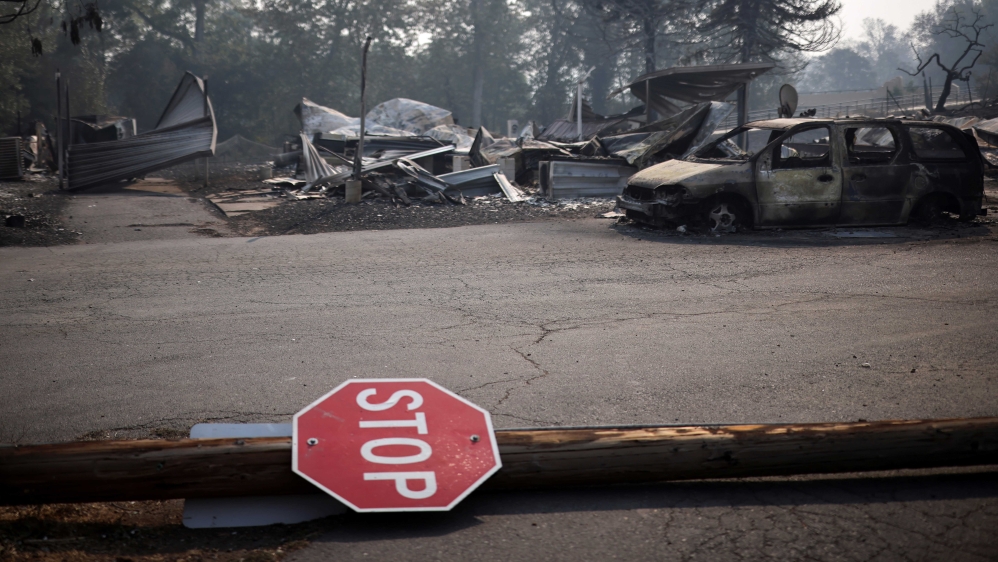 The request from the Democratic governor includes a call for additional communications resources, damage-assessment teams, search-and-rescue and debris management, as well as help with shelter and medical assistance.

The fires have put harmful levels of smoke and soot into the region’s air, painting skies with tonnes of orange and sepia even as local residents deal with another public health emergency in the coronavirus pandemic.

The incinerated wreckage from the fires can have a surreal appearance, with red-coloured fire retardant blanketing burned residences and vehicles in communities like Talent, Oregon.

Tens of thousands of displaced residents across the Pacific Northwest continued to adjust to life as evacuees.

Every day a sad story

In the southwestern Oregon city of Phoenix, displaced families, many with young children, were sleeping in their cars and taking shelter at a local civic centre or in churches, local city council member Sarah Westover told Reuters news agency.

“It’s much more difficult to follow the COVID restrictions given the environment,” Westover said.

Marcus Welch, a food service director and youth football coach in Phoenix, told Reuters he has been helping a group of local high school students run a community donation centre to assist a mostly Latino local population whose mobile homes were burned to the ground.

About 600 people have come by to pick up donations, Welch added.

The high school students, whose homes were spared from the Almeda Fire, started handing out water bottles in the parking lot of a local Home Depot store last Wednesday and Thursday, Welch continued.

Westover said the community is in grief and shock while fearing it might not be over. She and others who have evacuated still have their cars packed, ready to make an escape at a moment’s notice, she said. Her house in Phoenix was spared, but others nearby burned down.

“It’s like it cherry-picked – it burned down a house, then skipped two, then burned down another. I guess that’s the way they kind of work with the embers flying around,” Westover said.

On Monday, US President Donald Trump, seeking re-election on November 3, met with firefighters and officials in California. His Democratic challenger Joe Biden branded the Republican president a “climate arsonist” for refusing to acknowledge climate change’s role in the wildfires, while Trump said, “I don’t think science knows.” 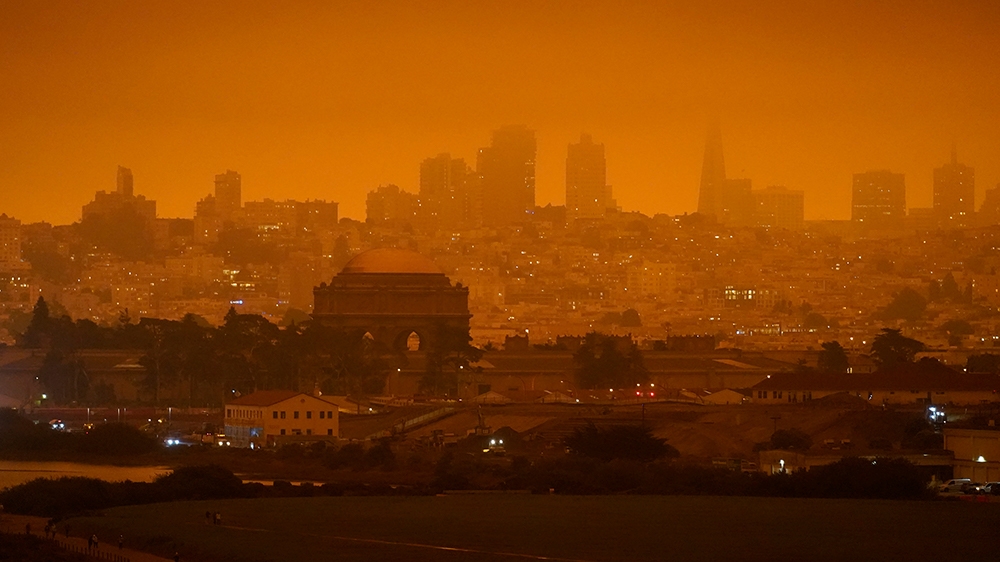 Ten deaths have been confirmed during the past week in Oregon, the latest flashpoint in a larger summer outbreak of fires. At least 25 people have died in California wildfires since mid-August, and one death has been confirmed in Washington state. More than 6,200 homes and other structures have been lost, according to figures from all three states.

Local residents told of having to make quick getaways from fast-moving wildfires.

Rhonda Johnston and Chuck Johnston, of Gates, Oregon, described to Reuters celebrating their 32nd wedding anniversary outside their RV playing card games and eating barbecued chicken in the parking lot of the Oregon State Fairgrounds after a hasty evacuation.

“This is something you never think you’re going to go through,” Rhonda Johnston said. “We grabbed a couple days’ worth of clothes, pills, and two cars full of pictures and two dogs and a cat and our daughter.”

Canada’s Game Struggles to Return. And to Still Look Like Hockey