Another 18 demonstrators were wounded by rubber-coated metal rounds fired by Israeli troops in the town of Beita, near the city of Nablus, on Wednesday, the Palestinian health ministry said.

The teenager, identified as 15-year-old Mohammed Hamayel, “died as a result of being shot in the face with live ammunition by the [Israeli] occupation” during the clashes, it said in a statement.

According to Maan news agency, at least three Palestinians were also arrested.

“Locals in the area say Jabal al-Armeh [al-Armeh mountain] is a very high area … one of the highest in the Nablus area, and settlers have been eyeing this location for years, since the 1980s,” Ibrahim said.

“There have been confrontations between Palestinians and Israeli settlers there. Usually, settlers like to settle on high areas … on hilltops … this is a way for them to keep an upper hand if anything happens, including demonstrations,” she said.

Demonstrators have been staging sit-ins in the hilltop village of Jabal al-Armeh since February 28 to deter illegal Israeli settlers from establishing a settlement outpost.

Beita Mayor Fuad Maali said the settlers renewed their attempt to reach the top of the mountain overnight, but hundreds of the town’s residents had camped out to block the effort.

The Israeli military said about 500 Palestinians were burning tyres and throwing rocks at the soldiers during what it described as a “violent riot”.

“We are aware of a report regarding a killed Palestinian and several injured. The incident will be reviewed,” an army statement said. 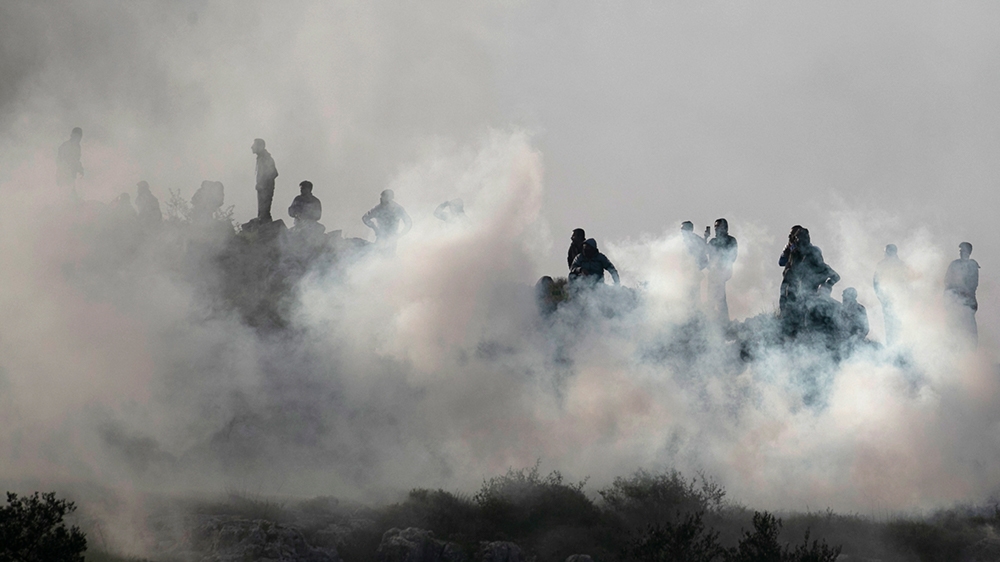 Most of Israel’s settlements in occupied East Jerusalem and occupied West Bank are built with the government’s permission. Outposts are constructed without authorisation and are illegal under Israeli law but still receive government support and financial assistance.

Under international law, settlements and outposts are illegal.

With the signing of the Oslo Accords, settlement-building was to cease, but Israel continued to expand existing settlements on Palestinian land.

On Tuesday, Palestinian leaders slammed the Israeli defence ministry’s approval of planning for a road that would separate Palestinians and Israeli commuters east of Jerusalem – a highly controversial move meant to help advance a settlement plan in the strategically sensitive E1 region.

Israel’s plan to expand the Ma’ale Adumim settlement had been frozen since 2012 under international criticism, before it was revived by Netanyahu two weeks ago.

A week before Israel’s third election in less than a year that took place earlier this month, Netanyahu pledged to build 3,500 new illegal settler homes in the E1 region of the occupied West Bank.

Some 600,000 Israeli settlers live in the occupied West Bank and Israeli-annexed East Jerusalem among about 2.9 million Palestinians. 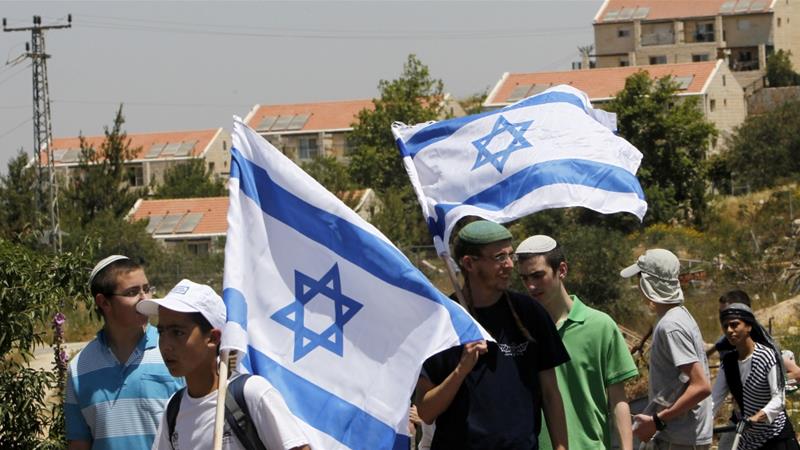 Have settlements killed a two-state solution?

Wales holidays: Can you stay overnight in Wales under new Covid rules?

Holiday shoppers expected to get earlier start because of supply-chain problems of delays, out-of-stock goods