Israel to build a road in the West Bank to avoid ‘unnecessary friction’ between Palestinian and Israelis. 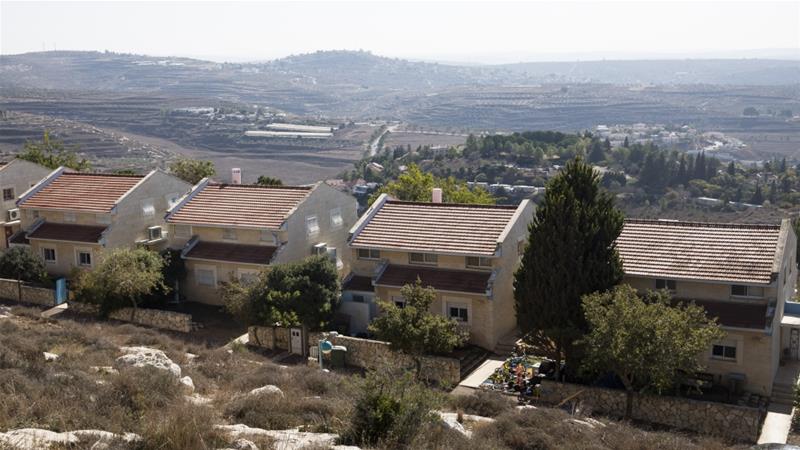 Palestinian leaders have slammed the Israeli defence ministry’s approval of planning for a road that would separate Palestinians and Israeli commuters east of Jerusalem, a highly controversial move meant to help advance an illegal settlement plan in the strategically sensitive E1 region.

Israeli Caretaker Defence Minister Naftali Bennett said on Monday the “sovereignty road” would allow Israel to continue building in the highly controversial area between Jerusalem and a settlement bloc directly to the east of the disputed city.

The new road would allow Palestinian vehicles to pass through the illegal settlement of Ma’ale Adumim along a wall, as if through a tunnel, connecting Palestinian villages south and north of Jerusalem.

In a statement later on Monday, the Palestinian foreign ministry condemned the move, saying the planned road will isolate Palestinian towns in the Jerusalem vicinity as Israel advances its construction of the E1 settlement project.

“This would close the door once and for all to the establishment of a Palestinian state with East Jerusalem as its capital,” it said.

The ministry called on the international community, including the UN Security Council and the European Union, to immediately take action to stop Israeli violations against the Palestinian territories.

“This move delivers a severe blow to all international efforts aimed at launching a peace process and serious negotiations leading to the implementation of the two-state solution,” the statement said.

“The planned road would allow Israel to cut the West Bank in half, build up E1 and the West Bank barrier, and shut down the possibility of developing a viable Palestinian state.”

Israel’s plan to expand the Ma’ale Adumim settlement had been frozen since 2012 under international criticism, before it was revived by Israeli Prime Minister Benjamin Netanyahu two weeks ago.

A week before Israel’s third election in less than a year, Netanyahu pledged to build 3,500 new illegal settler homes in the E1 region of the occupied West Bank.

Palestinians say it would split the West Bank in two and cut its residents off from access to occupied East Jerusalem, also territory Israel captured in the 1967 War and later annexed in a move never recognised by the international community.

Palestinian leaders see East Jerusalem as the capital of their future state.

Some 600,000 Israeli settlers live in the West Bank and Israeli-annexed East Jerusalem among about 2.9 million Palestinians.