Boris Johnson’s moonshot testing programme “can be done”, according to a Chinese company which has developed a new 30-minute COVID-19 test.

The firm’s founder told Sky News it could provide the capacity to test one million people in the UK each day within a month.

Sabrina Li, the founder and chief executive of biotech company Coyote, said: “If Boris Johnson calls me, I’d say; ‘Hi Boris, we are ready to help the UK’.

“I think we have the best technology and we are definitely willing to help.” 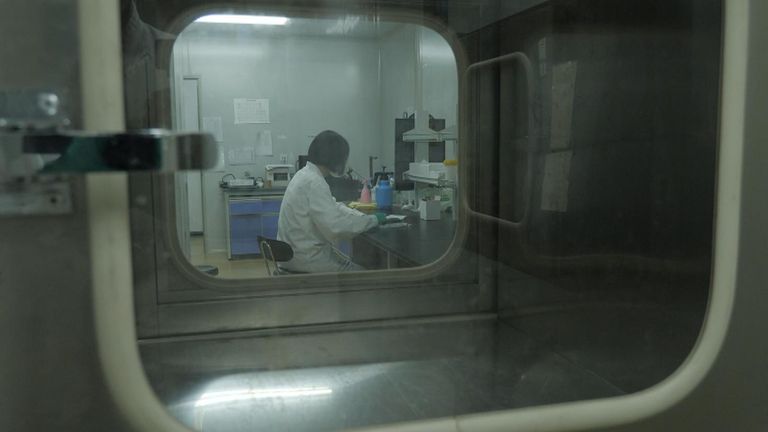 At the end of July, Coyote won approval in China for its rapid testing instrument, which it believes to be the fastest polymerase chain reaction (PCR) test in the world.

The company demonstrated the test to Sky News at its lab in Beijing, with results produced in half an hour and delivered to a phone a few minutes later.

Around 500 units are now being used in hospitals and airports across China. 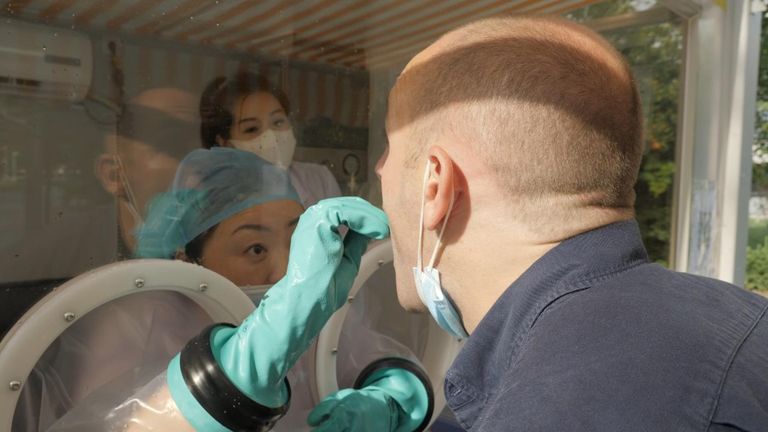 During recent COVID-19 outbreaks in Beijing, Dalian and Urumqi this summer, it carried out 500,000 tests as part of its validation process.

Ms Li said: “For this kind of new test, everyone will have doubts. Is it precise or good enough?

“Although it’s quick, is it good enough? So we keep answering this kind of question to the professionals and the experts and then finally we pass [the Chinese government’s] test.” Ms Li said that the rapid test meets the same standards for sensitivity and specificity as slower tests.

The 30-minute test is not designed to replace less rapid, mass testing, which is required to chart the spread of COVID-19 through a population and doesn’t depend on a quick turnaround.

But rapid testing has applications in time critical situations like hospitals and border control.

Ms Li said: “The point of care tests like the 30 minute test is; let’s say if you got to the hospital and there is an emergency for the patient, they want to go to the ICU or even to operation very, very soon, then you need that short period of time to get that COVID-19 negative result, so that the nurses and doctors won’t get infected.”

A combination of slow and rapid testing means it’s feasible to test 10 million people per day in the UK, one of the reported goals of the UK government’s Operation Moonshot.

“It requires a lot of equipment,” Ms Li told Sky News. “But it can be done.”

If 10 swab samples are batched together in one tube – an approved method in China – 500 Coyote machines could provide 2,000 30-minute tests per day, meaning one million daily tests.

The technology is also relatively simple to operate compared to more traditional PCR tests, which could take pressure off UK testing facilities currently under strain. 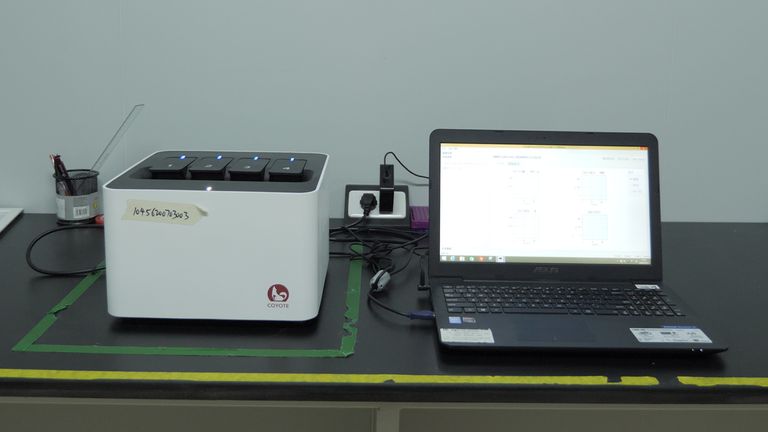 Ms Li said: “For our test you can just train a nurse, even a layman to do it, and it’s very simple to operate.

“After training for maybe half an hour, you could operate it.”

Two machines are currently being validated in the UK through its Hong Kong-based partner, Prenetics, which is also carrying out COVID-19 testing for the Premier League.

Coyote expects approval by the end of the month.

Ms Li said Prenetics is speaking to FIFA about using the machine for the 2022 World Cup.

The company can currently produce 500 units per month at its Beijing facility and is aiming to increase capacity to 1,000 per month by the end of the year.

Ms Li added: “For this kind of instrument it actually has all these different controls – electrical, thermal, optical. And also biochemical reactions.

Demand is high and the machines are currently sold out. But the Chinese government is providing support, including increased access to materials and components.

Ms Li said: “They are helping to increase our ability to manufacture, so that we can not only provide China or the Chinese people, we can provide our technology worldwide.”